We want this conference to be the best one yet, and we need your help to make that happen. If you have a topic or class you'd like to submit for consideration for the next conference, send it to us. Please include the following information:
Topic
Suggested presenter
Contact information for the presenter
A brief summary, no more than two paragraphs (if you are the presenter)

A message from a citizen

Women's History Month is coming to an end, but before it does we wanted to share some photos from our ladies here at FPD. They shared some photos from early in their careers to celebrate the fearless females of FPD!

For Women's History Month we asked our ladies to share photos with us from early in their careers. We have some of the most fearless females working with us, and we loved the opportunity to celebrate them! #WomensHistoryMonth #FPDNM

It's International Women's Day and we wanted to take a moment and celebrate everything that makes you a woman in law enforcement. Your strong will, compassionate heart, and courageous mindset break down barriers and lift other women up. Thank you for serving your community and being the example we all need. #SWWLE #InternationalWomensDay #womeninlawenforcement #womeninleadership 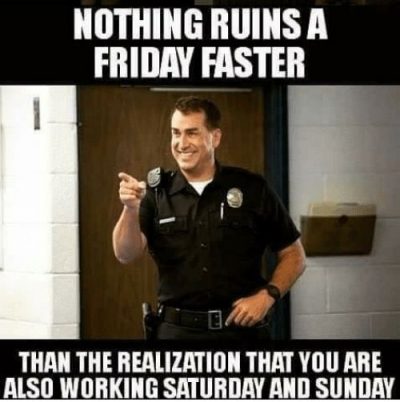 Have a safe weekend out there, whether you're working or on days off. #SWWLE #womeninlawenforcement #womeninleadership

Our #wcw is one of the speakers from our last conference, Ann Marie Carrizales. Her speech accepting this award is inspiring, but did we expect anything else? #SWWLE #womeninlawenforcement #womeninleadership #womancrushwednesday

Drop your favorite meme in the comments! Let's all have a laugh today. #SWWLE #womeninleadership #womeninlawenforcement

What makes you happy? Tell us in the comments or post a picture. #happiness #LucilleBall #SWWLE #womeninlawenforcement #womeninleadership

You are paving the road for the next generation of women in law enforcement, keep going. #Dollysaidso #DollyParton #SWWLE #womeninlawenforcement #womeninleadership

Let's see them! Post a picture of you doing something someone once told you you'd never do in the comments below! #postapic #SWWLE #womeninlawenforcement #womeninleadership

On June 19, 2019 Officer Tara O’Sullivan was killed in the line of duty while responding to a domestic violence call, she was 26 years old. She was helping the woman gather her things when she was shot. In honor of her sacrifice, Woodlake Park will be named after Officer O’Sullivan. Your leadership and passion for your community will always be remembered. Thank you for doing this City of Sacramento, Government

For #throwbackthursday, we're highlighting Deputy Sheriff and Jail Matron Kassie Mae Chandler. Kassie began her career in law enforcement in 1938 at the age of 58 at the County Jail in Oklahoma City. She moved to Dallas in 1947. She was killed in the line of duty in 1948 by two juvenile female inmates. Ms. Chandler is remembered at several police memorials and was the first female officer to be killed in the line of duty in the state of Texas. #thinblueline #TBT #holdtheline #StrongWomen #WomenInLawEnforcement #SWWLE

For #WomanCrushWednesday, we're loving the stories of all 5 of these amazing women! From the early 1900s to now, these ladies inspired others, kicked ass, and broke barriers. #SWWLE #WomenInLawEnforcement #WomenInLeadership #WCW

We hope you'll be challenged and inspired at 2021's conference. #SWWLE #StrongWomen #WomenInLeadership 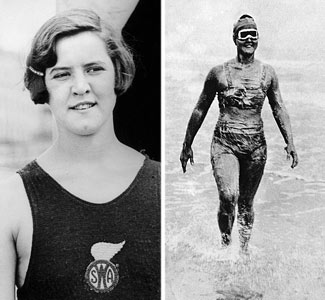 #WomanCrushWednesday and we're celebrating strong women! Gertrude Ederle was an Olympic Swimmer who won three medals at the 1924 Games in Paris. In 1926, she became the first woman to swim the English Channel. She did it in a two-piece bathing suit and motorcycle goggles! Not only was she the first woman to swim the channel, but she also set the record for ANY swimmer at 14 hours and 31 minutes. That record held until 1950. She became known as the Queen of the Waves and was a sports star on par with Babe Ruth. In her retirement, she taught children to swim at the Lexington School for the Deaf. Gertrude lived to be 98 years old. #WCW #SWWLE #StrongWomen #WomenInLeadership Thanks NPD for attending the conference and helping to make it the best one yet!

The Southwest Women in Law Enforcement Conference was held at the Farmington Civic Center this week to honor and celebrate women in law enforcement. A few of our officers and professional staff members attended this year's event to represent our NPD police family. Chief Phillip Francisco also participated in this year's conference, reaffirming his support for diversity within policing in our home communities.

Currently, the female recruits for Class 54 accounts for 21% of the class, they will be graduating from the academy this November.

We want to extend our appreciation to the Farmington Police Department for hosting this important and wonderful event.

We are feeling inspired 💫 and powerful💪 today after two days of amazing presenters! How about you?

So excited for this packed room of professional women in law enforcement to get this conference started!

Who is ready for this awesome conference tomorrow?

Meet one of this year's speakers! Today is the LAST day to register.

Deanna started with the San Luis Obispo (SLO) Police Department as the Chief of Police in January 2016. Prior to this appointment, she was with the Mesa, Arizona Police Department for 21 years with her last assignment as the Assistant Chief of the Administrative Services Bureau where she oversaw Fiscal, Supply, Fleet, Police Information Technology, Communications, Records and the Forensics Lab. Deanna served as the Deputy Chief of Special Operations, Patrol Commander, Internal Affairs Lieutenant and Sergeant, Gang and Patrol Lieutenant, and many other positions within the police department including time spent as a Motor officer in Traffic, and several Special Operations positions.

Deanna believes that the police exist to make lives better. Because of that belief, she developed a deep-rooted history of community engagement and participation while in Mesa, chairing the Diversity Team, and serving on the NAACP Legal Redress Committee, the Muslim Police Advisory Board and as the chair of the Human Rights Forum in Mesa. Deanna has continued that tradition in San Luis Obispo by starting the Police And Community Together (PACT) Board which recently received an award from the Anti-Defamation League for combatting hate. Deanna serves on numerous local boards and committees, including the Criminal Justice Administrators Association for SLO County, the YMCA, the Homeless Services Oversight Council and more. She also serves Internationally on the IACP Police Standards Ethics and Image committee and on the California Police Chiefs Association (CPCA) Changing the Narrative Committee. Deanna is serving as the CPCA region 12 representative, and serves on the Women Leaders in Law Enforcement planning committee. Deanna was also selected in 2018 as the 24th District, Congressional Woman of the year.

Deanna holds a Bachelor’s of Science degree in Education and a Masters of Administration from Northern Arizona University. She is a graduate of Northwestern University Police Staff and Command and the International Association of Chiefs of Police Leadership in Policing Organizations. Deanna is an adjunct faculty member for Northwestern University teaching policy, contemporary policing, executive image and internal conflict.

Getting Swag Bags ready! Who is ready for this conference to start? 🙋‍♀️

Be the first to know and let us send you an email when Southwest Women In Law Enforcement posts news and promotions. Your email address will not be used for any other purpose, and you can unsubscribe at any time.

Send a message to Southwest Women In Law Enforcement: 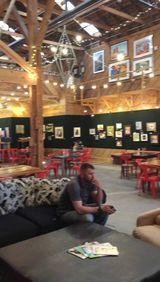 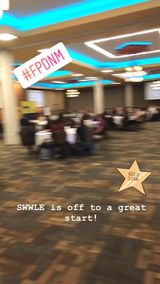 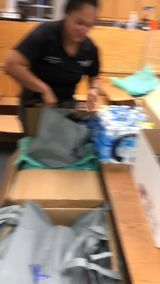 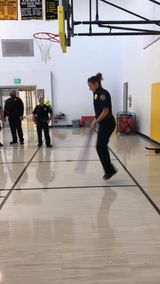 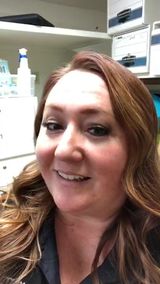 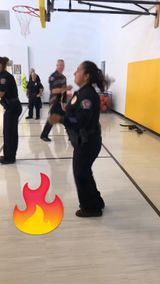 Other Government Organizations in Farmington