Welcome to the official U.S. Army Defensive Cyber Operations page where you will find news

ACT’s winning submission focused on its development of Defense Cyber Operations Resource for Updates, Innovation and Development (DRUID), and how DRUID helps ACT rapidly innovate and acquire tools for the Army’s cyber defenders. ACT’s innovation significantly shortens the time it takes to develop and deliver advanced cyber technologies, and greatly reduces the cost that the government pays for them. Additionally, DRUID leverages the accessibility of the public cloud while offering the security of private infrastructure, and provides cyber defenders with a virtual application marketplace. The innovation makes technology acquisition vastly more efficient, while simultaneously making the nation's cyber force more lethal. These key features enabled ACT to win the highly competitive award.


FORT BELVOIR, Va. (April 6, 2021)—The Spring 2021 issue of Army AL&T magazine focuses on “Shaping Army Acquisition,” examining the culture of acquisition in the Army, what’s changed and what needs changing. As the Army modernizes to achieve overmatch against .....

Cyber Shield 2020 included about 550 participants including Army and Air National Guard members and about 80 industry partners from the civilian sector and local, state, and federal government agencies.

“The work we do during exercises like Cyber Shield helps us work through communication issues between cyber operations and how to respond to cyber threats to the mission partner network, to better strengthen our standard operating procedures to efficiently accomplish the mission,” said Staff Sgt. Michael Utomi, 261st COS cyberthreat analyst.

The California Air National Guard’s 261st Cyberspace Operations Squadron participated as a cyber defense team, along with units from across the United States. Units gathered both in person and virtually to participate in the annual defense-focused Army National Guard exercise this year in response...

DoD CIO discusses cybersecurity during pandemic and beyond

Watch "DoD CIO discusses cybersecurity during pandemic and beyond"

Dana Deasy, the Defense Department's Chief Information Officer, discusses DoD cybersecurity initiatives during the COVID-19 pandemic and beyond at the annual...

On September 11, Patriot Day gives all of us time to reflect on the devastating terror attacks that took nearly 3,000 lives. We commemorate those who we lost and give thanks to the brave first responders who put their lives on the line.

Take a moment today to consider what we stand for as a nation and how we can work together to make the world a better place for all.

Maj. Nicole Meruvia is a confident leader who learned a lot of lessons in the school of hard knocks. As the assistant product manager for two programs—Mission Planning and Threat Emulation—Meruvia helped Defensive Cyber Operations award a Federal Acquisition Regulation-based contract within 90 days under an Agile 874 software-development-program pilot.

WASHINGTON — U.S. Cyber Command is using unclassified networks and publicly available communication platforms as it works to prevent foreign interference in the next presidential election, a CYBERCOM official has revealed.

U.S. Cyber Command is using unclassified networks and publicly available communication platforms as it works to prevent foreign interference in the next presidential election, a CYBERCOM official has revealed.

AN AGILE SYSTEM: Chief Warrant Officer Gabriel Garcia and Spc. Edward Bolton during the third iteration of training for the Deployable Defensive Cyberspace Operations System – Modular at the Georgia Cyber Center, in Augusta, Georgia. The system is agile; it can be deployed in different flexible co...

Walk-In Service (no appointments required) is now available every Thursday for CAC issuance at the ID Card Facility for the following Fort Belvoir customers:

Service Members in uniform, Federal Employees, and Government Contractors ONLY. 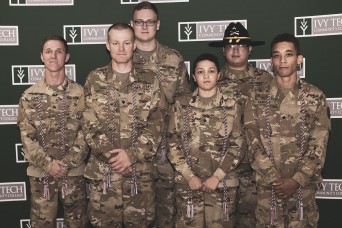 Tired of being unfulfilled, Gill sought to work full-time with the first IT job he could find. However, before he could drop out and find a new job, Gill’s readiness sergeant presented him with an opportunity to attend a cybersecurity program at the Muscatatuck Urban Training Center.

“I’ve always been interested in computers and technology. So I decided pretty early on that that was going to be my career focus,” said Gill. “As soon as I got into the Cyber Academy, by day three, we were doing hands-on computer building and I was like, ‘Well, this is what I want to do.’”

Mr. Ross Guckert, Program Executive Officer for Enterprise Information Systems invites you to view the Change of Charter Ceremony of Defensive Cyber Operations from Colonel Chad Harris to Colonel Mark Taylor on Thursday, the thirtieth of July at eleven o’clock in the morning on Microsoft Teams.

The ceremony will be virtual-only. Please copy and paste the link in your web browser and select “Watch on the web instead” to watch the ceremony.

Nicole Woodruff leads with kindness and a can-do attitude

Nicole Woodruff leads with kindness and a can-do attitude

CYBER PLATFORMS AND SYSTEMS CREATES A MODULAR,
CARRY-ON-SIZE CYBERSPACE DEFENSE SYSTEM. Today’s technology is changing rapidly and Defensive Cyber Operations (DCO) ensures the U.S. Army’s cyber defenders are equipped for the fight against all cyber threats worldwide. In response to the threat, the U.S. Army began identifying specific needs for a deployable cyber capability to defend and mitigate threats from cyber enemies. The solution needed to be armed with state of the art of defense tools, and have the ability to control monitor and forensically evaluate who is attacking, why and identify what they are after.

To read the full story from AL&T follow the link below.
https://www.eis.army.mil/newsroom/news/peo-eis-wide-defensive-cyber/training-delivery-cyber-space-warfare

You won't want to miss our guest speaker at our next Cyber Talks. Mr. Mollenkopf will offer a brief overview of ARCYBER, review Command priorities, and discuss how ARCYBER is evolving its processes. He will highlight ARCYBER’s work in reducing complexity in engineering IT-centric capabilities, distributed system complexity, and common/extensible platforms. He will also talk about accelerated tech access and collaborative problem solving, as well as ARCYBER’s plans for the Georgia Cyber Center. Mr. Mollenkopf’s talk will be followed by LTC Amara, who will discuss ACT’s work with a public cloud prototype and highlight the significant impact this will have on Industry.

Army Cyber headquarters cases colors and departs region! U.S. Army Cyber Command cased its colors in a brief ceremony at Fort Belvoir, Va., July 1, marking the departure of its headquarters from the National Capital Region and a move to its new home at Fort Gordon, Ga.

U.S. Army Cyber Command cased its colors in a brief ceremony at Fort Belvoir, Va., July 1, marking the departure of its headquarters from the National Capital Region and a move to its new home at Fort Gordon, Ga.

The U.S. Army Cyber Command is transferring some of its cyber defense responsibilities for the service’s networks to the Army Network Enterprise Technology Command, commonly known as NETCOM. The change, which officially took effect on June 1, transfers authority for the Army’s worldwide regional cyber centers to NETCOM, allows Cyber Command to increase its focus on electronic warfare and information operations and provides one primary point of contact for warfighters in need of network support.

NETCOM is now in charge of the Army’s worldwide regional cyber centers, and Army Cyber Command can increase its focus on electronic warfare and information operations.

At some point during the holiday weekend, I ask that you please take a moment to reflect upon all of the freedoms that we continue to enjoy due to, in no small part, our men and women in uniform who serve the Nation daily. From the Minutemen who stood watch over Lexington and Concord, to the Active Duty, Reserve and National Guard Soldiers, Sailors, Airmen, and Marines who serve today in nearly 80 foreign countries, American service members and civilians have selflessly advanced the cause of freedom worldwide. They deserve our deepest admiration and respect.

I want to add my special thanks to the dedicated members of the Army Acquisition Workforce. You have a pivotal role in preparing our Soldiers for success by providing them with the most technologicallyadvanced weapon systems and equipment, as well as the services they need to accomplish their jobs, day to day. Through your efforts and service, we will continue to give them all they need for mission accomplishment and a safe return home.

LTG Marion, Mr. White and I once again thank you for your service. Keep doing great things!

Be the first to know and let us send you an email when DCO-Defensive Cyber Operations posts news and promotions. Your email address will not be used for any other purpose, and you can unsubscribe at any time. 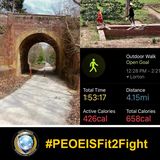 "The fight is won or lost far away from witnesses -- behind the lines, in the gym, and out there on the road, long before I dance under those lights." -Muhammad Ali, boxer Every conversation has the potential to be a career-changing opportunity. No matter what industry you’re in, there are likely parts of your process you don’t enjoy. It’s easy to motivate yourself to work hard on the parts of your job that naturally lend themselves to a pay day. It’s also easy to forget the less-important parts of your job also contribute to your organization’s earning potential. Don’t overlook the behind-the-scenes work in pursuit of the high-profile stuff. It’s all important. #PEOEISFit2Fight #ArmyDCO #PEOEIS #ArmyStrong