The mission of The Army Historical Foundation (AHF) is to honor the American Soldier by preserving Army history. AHF is the official Foundation of the National Museum of the United States Army.

#OnThisDay in 1943, the Army and the University of Pennsylvania signed a contract to develop the Electronic Numerical Integrator and Computer (ENIAC), an early all-electronic computing system to be used by the Army’s Ballistics Research Laboratory.
#ENIAC

As a Founding Sponsor of the Museum of the U.S. Army, Soldier for Life, I am proud to be a continuing contributor to the progress of this world class American museum. The beginnings were well conceived. The building construction was well executed. And now the important phase of sustainment and growth is well underway. Godspeed. I want my contributions to continue because of one word. Heritage. The museum vividly captures in real time, the manifold accomplishments of the individual American soldier. They represent all of us who have worn the cloth of the U.S. Army, over the last 245 years. Heritage lives in this museum.
- Retired Colonel Frank E. Hilsher
#DonorStory #WhyIDonate

Today’s Volunteer Story from Home comes from Grant West. He was born in Norfolk, VA on January 14, 1954, and was raised in Virginia Beach. West attended college at Virginia Tech and received a B.S. degree in Forestry and Wildlife. Unable to get a job in his field, he ended up joining the Army in April 1979.

West received a commission from OCS in August 1980 and was assigned to the Signal Corps. His first assignment was with the 50th Airborne Signal Battalion, Fort Bragg, NC. Meanwhile, he participated in Bright Star and was deployed to Granada. Other assignments included 2/3rd Field Artillery, Kirch Gong, GE and HHC Company Commander of the 143rd Signal Battalion, Frankfurt, GE. During this time, he participated in many Reforger exercises. He was then reassigned to the Acquisition Corps after its conception. West received a M.S. degree in Acquisition Management from the Florida Institute of Technology. He went on to serve at the Signal Center, Fort Gordon, GA; Tong DeShawn, Korea fielding the Mobile Subscriber Equipment to 2nd ID and at CASCOM, Fort Lee, VA. West retired in 1999.
After retirement from the Army, he went to work for the MITRE Corporation supporting the Army G8 in the Pentagon. He eventually transferred to a different company supporting the Army CIO/G6 in the Pentagon. He was working in the Pentagon during 9/11, so he always knows exactly where he was when the question, “Where were you on 9/11?” is asked. West officially retired in 2017.
Since then, he has become a Master Gardener of Prince William County and is working on becoming a Virginia Master Naturalist in addition to volunteering as a docent with the NMUSA.

He and his wife, Jolene, have called Woodbridge, VA home for the last 17 years and he has two sons, three granddaughters and one grandson. Thank you, Grant!

#OnThisDay in 1945, the United States and Great Britain celebrate Victory in Europe Day, in response to the unconditional surrender of all German forces the previous day at Reims in northwestern France.
#VictoryInEuropeDay #VEDay

The love from a military spouse is truly unmatched. It’s unconditional, strong, and unwavering. It’s what keeps our soldiers’ heads held high in times of uncertainty and what motivates them to keep going every day. This National Military Spouse Appreciation Day, send a little extra love to all the people who have a partner in the military. ❤️

Moms deserve the world, but if you can’t wrap that up for her then a special gift like this embroidered cap might just do the trick. 🧢 Find this one at the link in our bio, and don’t forget to give mom a big hug this Mother’s Day! 💕 https://shop.armyhistory.org/ladies-army-embroidered-low-profile-insignia-cap.html

Today, we recognize and honor all the incredible men and women who have been awarded with the third-highest U.S. military decoration, the Silver Star Medal. Thank you all for your noble sacrifices, and we wish you a very happy Silver Star Service Banner Day! ⭐️

To all the kids who have had to switch schools every few years, make new friends wherever they go, and turn the whole world into their backyard all in support of their Military parents, we would like to wish you all a very happy National Military Brats Day! 🎉

You can snap pictures of the museum on your phone 🤳…or would you rather take home a collection of professional photos that are almost as great as seeing it in person? 🤩 Remember your trip in detail and click the link to grab your own copy of, “Making the National Museum of the U.S. Army,” today. ➡️ https://shop.armyhistory.org/making-the-national-museum-of-the-u-s-army.html

Today is @usarmyreserve’s 114th birthday! We would like to give a special thanks to all the men and women who are ready to serve and protect our nation when duty calls, and for all their contributions made over the years. 🎂

Our Volunteer from Home Story today features Cliff Wheeler, a volunteer Gallery Docent at the National Museum of the United States Army. He’s a native of Woodville, MS and retired from the Army in November 2014 after 28 years in active and reserve service. He began his military service in 1986 as a 19D Cavalry Scout in the Mississippi Army National Guard and was commissioned as an Armor officer and Distinguished Military Graduate from the Ole Miss Army ROTC program in 1988.

Cliff served in both staff and leadership positions in Armor and Cavalry units in Germany, Fort Hood, Texas, and Fort Stewart, Georgia. He commanded at the platoon, company, and battalion levels, culminating with command of the 5th Squadron, 7th Cavalry, 3rd Infantry Division. He served two combat tours in Iraq, as Brigade Executive Officer for 1st Brigade, 1st Armored Division in Baghdad 2003-2004 and as Squadron Commander of 5-7 Cavalry in Ramadi, Fallujah, and Arab Jabour 2007-2008.

From 2015 to 2018, Cliff was an organizational and leadership consultant and later an Assistant Vice President and Program Manager at Command Security Corporation in Herndon, Virginia. Returning to Government service in 2019, he is currently the Program Manager for the Keystone and Pinnacle programs at the National Defense University.

He holds a Bachelor of Arts degree in history from the University of Mississippi, and two Master of Science degrees in Adult and Continuing Education from Kansas State University, and in National Resource Strategy from the National Defense University.

A life-long student of history, Cliff is also a passionate volunteer for the Fredericksburg and Spotsylvania National Military Park, the Bristoe Station Battlefield Heritage Park, and the Tragedy Assistance Program for Survivors (T.A.P.S.). Thank you, Cliff!

#OnThisDay in 1775, the American War for Independence began with the Battles of Lexington and Concord.

#OnThisDay in 1947, President Harry S. Truman signed the Army-Navy Nurses Act. This act made the Army Nurse Corps an official part of the Regular U.S. Army.

Happy Purple Up! Day to all the Military kids who show everyone around them the true meaning of strength and sacrifice. It’s not always easy having a parent in the Military, so show your support for all the kids who do and wear purple in their honor today. 💜

Today we’re wishing the Air Force Reserve a very happy 74th birthday! 🎂 President Harry Truman envisioned a program similar to one that was created during WWI, where Reservists stood ready to serve during wartime. And so, on this day in 1948, the U.S. Air Force Reserve was born. #AirForceReserve

Have you ever left your coffee or tea sitting for a bit too long and it got cold? ☹️ Well, those days are over! With this thermal mug, you can rep your favorite museum and keep your drink warm all morning long. ☕️ Check out this link to get yours ➡️ https://shop.armyhistory.org/thermal-nmusa-cup.html

Which U.S. president made green berets the official headgear of the Special Forces uniform?

#OnThisDay in 1945, the U.S. 4th Armored Division liberated a concentration camp at Ohrdruf. It was the first German prison camp reached by the Allies in the west.

LTC Heather Brownell was commissioned as a Transportation Corps Officer in 1982. She served with the 3rd Infantry Division in Germany from 1982 to 1986 as a transportation officer. Upon leaving active duty she joined the 98th Division Institutional Training of the USAR. She served in positions ranging from company commander of the 1018th Supply and Service Company, to training team OIC, to Command and General Staff College instructor, to acting training battalion commander. She also served as S2/S3 of the 413th Supply and Service Battalion and the Executive Officer of the 2nd Battalion, 389th Regiment, a drill sergeant unit. Brownell served for three years as an exchange instructor with the Canadian Militia in Montreal, Quebec and Kingston, Ontario. Brownell deployed to Iraq in support of Operation Iraqi Freedom in 2006-2007 with the 108th Division (IT) assigned to Multi-National Security Transition Command - Iraq. She holds the Bronze Star, the Meritorious Service Medal and the Iraq Campaign Medal. She retired in 2010. Thank you for your service and happy Women’s History Month!

Community Guidelines for our page: General Information: While this is an open forum, it's also a family friendly one, so please keep your comments and posts clean. You participate at your own risk, taking personal responsibility for your comments, your username and any information provided. Posts will be removed and users may be banned permanently if they violate any of the guidelines listed below. • Do not post graphic, obscene, explicit or racial comments. We also do not allow comments that are abusive, hateful, vindictive or intended to defame anyone or any organization. • Do not post any solicitations (ex: asking users to "like" your page, visit your website, sign a petition). • We do not allow attempts to defame or defraud any financial, commercial or non-governmental agency. • Do not post details about an ongoing investigation or legal or administrative proceeding that could prejudice the processes or could interfere with an individual's rights will be deleted from this page. • Apparent spamming or trolling will be removed and may cause the author(s) to be blocked from the page without notice. • Do not post copyrighted or trademarked images or graphics. Imagery posted on the Facebook wall should be owned by the user. • Do not post comments, photos or videos that suggest or encourage illegal activity. • Do not post political propaganda. • Do not post documents of any kind. • All information posted to social media sites will be unclassified. No FOUO (for official use only), or classified information should ever be posted. Also, the appearance of external links or the use of third-party applications on this site does not constitute official endorsement on behalf of The Army Historical Foundation.

Be the first to know and let us send you an email when Army Historical Foundation posts news and promotions. Your email address will not be used for any other purpose, and you can unsubscribe at any time.

National Museum of the United States Army will open to the public June 4, 2020. 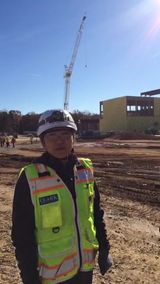 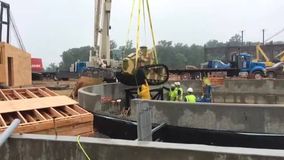 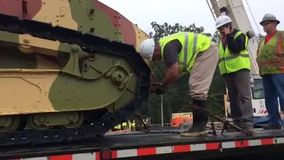 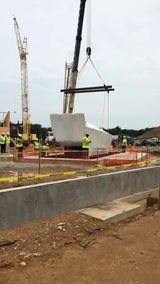 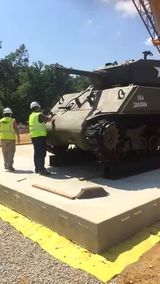 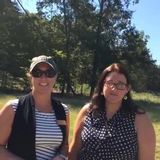 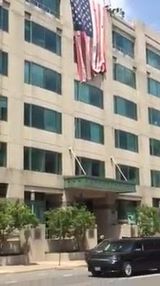 Other Government Buildings in Fort Belvoir