Celebrating over 245 years of Army history and honoring our nation’s Soldiers. This state-of-the-art facility will tell the history of the Army through the stories of bravery, innovation, service, and sacrifice of the American Soldier.

While this is an open forum, it's also a family friendly one, so please keep your comments and wall posts clean. In addition to keeping it family friendly, we ask that you follow our posting guidelines here. If you don't comply, your message will be removed:

-We do not allow graphic, obscene, explicit or racial comments or submissions nor do we allow comments that are abusive, hateful or intende

While this is an open forum, it's also a family friendly one, so please keep your comments and wall posts clean. In addition to keeping it family friendly, we ask that you follow our posting guidelines here. If you don't comply, your message will be removed:

-We do not allow graphic, obscene, explicit or racial comments or submissions nor do we allow comments that are abusive, hateful or intende

Cartagena was in the 65th Infantry Regiment, which was later nicknamed "The Borinqueneers" after the people of Puerto Rico, as all Soldiers in the unit were from the island.

In April 1951, elements of the 65th participated in counter-offenses into enemy territory in North Korea. As they approached, the enemy opened fire. With his fellow Soldiers pinned down, Cartagena charged the enemy alone. Under heavy fire, he destroyed one enemy placement with a grenade before silencing the other with his firearm. He continued until wounded. His bravery saved the lives of many of his fellow Soldiers, as many were wounded before he attacked. Cartagena destroyed five enemy positions, killing over 40 enemy soldiers.

During the #MonthOfTheMilitaryChild, the Museum invites younger visitors to explore the recently opened Fort Discover! Children can burn off some energy through interactive activities, create with imaginative play and have fun learning G-STEM skills.

To celebrate #NationalSiblingsDay we’re featuring the #SoldierStory and the legacy of three siblings, serving in three different divisions and all deployed to France at the same time: The Myers Brothers.

Each of the brothers' uniforms, helmets, and dog tags was donated to the Museum by Frank's daughter. The artifacts are displayed in the Nation Overseas Gallery and help to illustrate a family’s story of service and sacrifice during WWI. Link in bio to reserve tickets!

Find more about the Myer's Brothers in the Nations Overseas gallery: TheNMUSA.org/exhibit/nation-overseas/

On National #WinstonChurchillDay, we recognize the significant relationship between Winston Churchill and General George C. Marshall as leaders during #WWII and continuing on through the post-war European Recovery Program, also known as the Marshall Plan.

When Churchill retired as Great Britain’s Prime Minister in 1955, Marshall remarked, "A great, a very great man has retired from a long and powerful part in World Leadership... Always he was towering in his strength and courage."

Discover more about the Marshall Plan in the Cold War Gallery: TheNMUSA.org/exhibit/cold-war/

As its first commander, Brig. Gen. Albert Myer is known as the father of the U.S. Army Signal Corps. A physician with a fascination with non-verbal communication methods, Myer experimented with aerial signaling and military telegraphic operations.

In 1870, Myer and the #ArmySignalCorps assumed the additional responsibilities of recording and transmitting meteorological data - becoming the nation's first weather service. During this time, Myer also received a patent for his “improvement in meteorological instruments” that individuals could use to predict local weather in rural areas with limited access to published weather forecasts.

Myer led the Signal Corps until his death in 1880.

What better place to explore Civil War history than the National Museum of the United States Army ? There's still time to register for the 2022 Civil War Symposium, “In Their Own Words: Soldier Stories.” Day-one sessions are free.

Dr. Julie I. Prieto discusses this fascinating and frustrating campaign in the desert Southwest in this month's Battle Brief: "The Mexican Expedition, 1916-17."

On April 5, we remember and honor surviving spouses of fallen service members. #GoldStar spouses are the resilient legacies of their Soldier's service and sacrifice to our nation.

It's #NationalLoveOurChildrenDay! To celebrate, the Museum invites you join our family activities this weekend beginning at 9:00 a.m. Create crafts with the education team while discovering more about Army history, and grab some lunch in the Museum Cafe. We hope to see you there!

Today, we welcomed veterans from #WWII, the #KoreanWar, and the #VietnamWar, traveling from Mountain View, Calif. with the Bay Area Honor Flight!

During their visit, a few currently-serving Soldiers stopped and talked with two of the visiting Veterans, Larry and Mickey, who both served during the Korean War and have been together ever since.

It’s a privilege to be a part of their trip to Washington, DC to visit the memorials and museums built in their honor.

Have you ever chewed on a hardtack cracker? Since the Revolutionary War, the U.S. Army has experimented with and provided food to Soldiers based on available resources, nutrition, and current technology.

Explore how Civil War Soldiers supplemented their rations and learn how to make hardtack at home in the Livestream Virtual Field Trip, "Hardtack and Hardtimes: Civil War Food and the U.S. Army" at 10:00 a.m. ET on April 6, 13, and 20.

#DYK the Museum welcomes trained service dogs ? It's true! Bring your furry companion for a visit to the Museum and explore the history of the oldest military branch - the U.S. Army.

“To separate yourself from the rest of the pack, take the hard jobs that others shy away from. Excel at those opportunities.” - W01 Marvin W. Woodard, Jr.

This Quilt of Valor was presented to Lt. Col. Marcia L. Neuendorf exactly 50 years after she arrived home from Vietnam. The mission of the gifting organization, Quilts of Valor Foundation, is to provide service members and veterans with a quilt.

“I had no geopolitical view in Vietnam. My focus was the 100 men in my battery and providing the best possible fire support to our Infantry.” - Capt. Miguel E. Monteverde

This Soldier-fabricated farewell memento, a Water Buffalo’s Horns, was presented to battery commander Capt. Miguel E. Monteverde by his men, marking their successful June 14-15, 1969 defense of Fire Support Base Currahee in Vietnam's A Shau Valley.

"With Duke by my side during those long nights on patrol, I knew that he would keep me safe and protect me from the dangers outside the perimeter, making sure I would return back to the states to my family.”
- Spc4. Robert N. Dunn

These records and photographs belong to Duke, the military working dog assigned to Spc. 4 Robert N. Dunn. They include Duke's personnel file, duty assignments in both the United States and Vietnam, as well as his certificate of completion from the Basic Sentry Dog Handlers Course in Okinawa, Japan, and photographs of his service with the U.S. Army.

On #NationalVietnamWarVeteransDay, the U.S. Army honors all United States veterans who served on active duty in the U.S. Armed Forces from November 1, 1955 to May 15, 1975.

To honor and thank Vietnam veterans, the Museum is holding a special showcase with some of our volunteers who will share objects and stories from their time in Vietnam.

This showcase runs all day and is included with your free Museum admission ticket. Reserve your tickets here: TheNMUSA.org/visit/#get-tickets

Capt. M. Clint Brown led a Special Forces Operational Detachment Alpha in Vietnam during covert operations in Cambodia. Brown’s uniform jacket, the “Type III” of the jacket style used throughout the entire Cold War, was the most common type of jacket used during the Vietnam War. The jacket also illustrates part of Brown’s #SoldierStory through its U.S. Army insignia and badges.

American Special Forces troops were among the first to enter Vietnam as advisors and were trained to perform a variety of missions including counter-insurgency, direct action, special reconnaissance, unconventional warfare, foreign internal defense, and security force assistance. The Vietnam War was the first war in which Special Forces were used in a wider role.

Be the first to know and let us send you an email when National Museum of the United States Army posts news and promotions. Your email address will not be used for any other purpose, and you can unsubscribe at any time.

Send a message to National Museum of the United States Army: 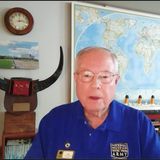 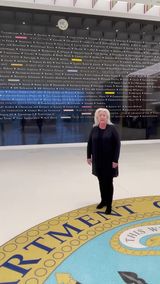 In 1814, with the War of Independence still fresh in the minds of Americans and the War of 1812 still being waged, Congress enacted legislation directing the Secretary of War, the precursor of today’s Secretary of Defense, to gather symbols of combat from the young nation’s military struggles. The British invasion of Washington, and the subsequent burning of the White House and many other federal buildings would occur just four months later. Such was the start, some 200 years ago of what is now the National Museum of the United States Army.

As the Army’s national landmark, the National Army Museum is an enduring effort to tell the Army’s story and honor the accomplishments, sacrifices and commitment of American Soldiers.

The Museum is the first comprehensive and truly national museum to capture, display and interpret over 240 years of Army history. The Museum brings to life that history in times of war and peace as told through the eyes of Soldiers.

The construction and maintenance of a national museum of this scale was and is a massive undertaking. The Museum is a joint effort between the U.S. Army and the nonprofit Army Historical Foundation. The U.S. Army designated the Army Historical Foundation as the official fundraiser to support the building’s construction on federal land—an 84-acre site at Fort Belvoir, Va.

Exhibit designers Christopher Chadbourne & Associates and Eisterhold Associates Inc. created the Museum’s story line and exhibit design. Design and Production, Inc. fabricated and installed the gallery exhibits. The Scenic Route, Inc., designed, fabricated and installed the Experiential Learning Center, the Army Theater and the Medal of Honor Experience. In total, over 30 different organizations brought their expertise to this important project.

While a joint construction effort, the U.S. Army now owns and operates the Museum. The Foundation will continue its fundraising role in support of Museum programs and will manage all retail, catering and special event services.

**** While this is an open forum, it's also a family friendly one, so please keep your comments and wall posts clean. In addition to keeping it family friendly, we ask that you follow our posting guidelines here. If you don't comply, your message will be removed: