Congratulations to Colonel Thompson - Chief, USATDS - on his confirmation to Brigadier General!

We are pleased to announce that the President has nominated and the United States Senate has confirmed Colonel Jackie (J.J.) L. Thompson, Jr. for appointment to the grade of Brigadier General and assignment as Chief Defense Counsel, Office of Military Commissions (OMC).

Colonel Thompson’s military awards include the Bronze Star Medal (with 1 Oak Leaf Cluster), the Meritorious Service Medal (with 7 Oak Leaf Clusters), and the Joint Service Commendation Medal. COL Thompson graduated from Illinois State University in 1993 with a Bachelor’s Degree in Criminal Justice. In 1996, while a member of the Army National Guard, he commissioned from Illinois Military Academy Officer Candidate School (OCS). In 1997, he received his Juris Doctor Degree from Northern Illinois University School of Law. COL Thompson also holds an LL.M. in Military Law from The Judge Advocate General’s Legal Center and School U.S. Army. He is a 2010 graduate of the U.S. Army Command and General Staff College and he has also earned a Master’s Degree in National Security Studies from the U.S. Army War
College. COL Thompson is a member of the Bars of Illinois, Wisconsin, and Texas and is admitted to practice before the Army Court of Criminal Appeals, the Court of Appeals for the Armed Forces, the U.S. Court of Federal Claims, and the United States Supreme Court.

Please take the opportunity to congratulate Colonel Thompson, his wife, Kenya, and their two children, Addisyn and Micaiah as they continue to serve the Judge Advocate General’s Corps, the United States Army, and the Nation.

To Soldiers past and present, we recognize and honor your service and sacrifice. I am proud to serve with all of you.

Thank you for your service LTC(R) Bateman! 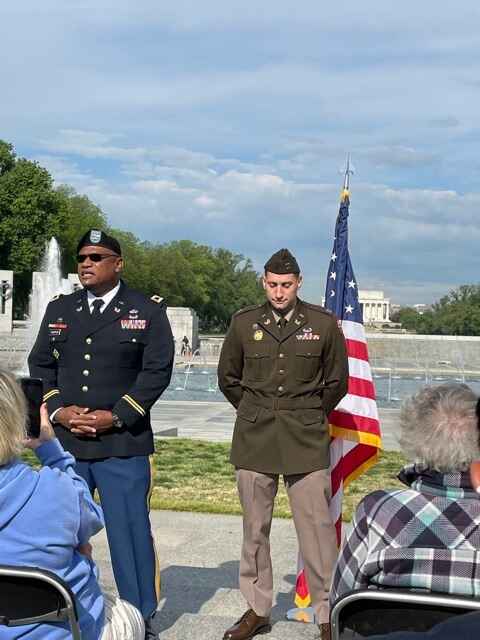 The announcement for the position at Kaiserslautern, Germany, will follow soon. Stay tuned.

Tomorrow marks the 40th anniversary of the Trial Defense Service and TJAG has issued a statement to commemorate the occassion! Please have a listen, keep up the incredible work, and happy birthday!

One of our very own, CPT Jeri D’Aurelio, debuts in the 2020 qualifiers for NBC’s American Ninja Warrior on Monday, September 28th at 7pm.

Update: CPT D’Aurelio will make her debut next Monday. Not tonight.

Tune in ***edit*** Monday, Sep 28th at 7pm for NBC's American Ninja Warrior as USARAK's own CPT Jeri D'Aurelio debuts in the 2020 qualifiers! Follow along as the strongest Trial Defense Attorney in the Army competes to continue on and earn the title of America's Ninja Warrior! Arctic Warriors! Arctic Tough!

On this day, 19 years ago, tragedy struck the United States in New York, New York, Arlington, Virginia, and Shanksville, Pennsylvania.

Many of you answered the call to service post-911. Today, we thank you for your courageous service and your sacrifices—and we thank and remember those whose lives were lost, either innocently, or while bravely serving in support of our Country, on that day.

Congratulations to the recipients of this year’s award.

We are looking for those that want to help “Defend Those That Defend America.” Apply now and ask about opportunities to serve and about Trial Defense Service.

Apply now for an adventure like no other! Whether you're interested in a summer internship, part-time service, or full-time service, the Army JAG Corps offers unparalleled practice opportunities alongside incredible people. Be sure to complete your application and interview by October 1st! 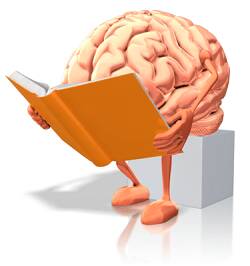 Mental fitness is just as important as physical fitness and reading gives your brain a great workout.

Did you know that reading strengthens your brain, improves your memory, empowers you to empathize with other people, helps you sleep better, reduces stress, lowers blood pressure, fights symptoms of depression, prevents cognitive decline as you age, and contributes to a longer life?

So, what are you currently reading (or listening to)?

Today marks the 72nd anniversary of the official end to racial segregation in the U.S. Armed Forces. The Army is more diverse now then ever before, but the past few months have reminded us that we still have a long way to go on our never-ending journey to be a more perfect organization. Let's celebrate how far we've come as we continue to move forward together.

You can be whoever you want to be, as evidenced by Jeri D’Aurelio below. Find those healthy outlets when you are out of uniform to keep you happy and healthy. Drop comments below about what you are doing to remain healthy and happy during this challenging period.

That feeling when you've discovered a career worth training for, as demonstrated by Soldier, lawyer, gymnast, and American Ninja Warrior participant Jeri D'Aurelio. Jeri is in the JAG Corps which means she works for the best law firm in the world: ours. Learn more: https://go.usa.gov/xf24H 📷 : Scott Harrison

TDS is committed to keeping everyone safe during this COVID-19 season and changed many of our business practices around the world. As we navigate this PCS season, make sure you have contact information for the TDS office of your losing installation in the event you run into trouble before you sign-in to your new unit. Remember your rights and consult a defense attorney if you are in doubt.

Since its inception in 1958, Law Day is held on May 1st every year to celebrate the role of law in our society and to cultivate a deeper understanding of the legal profession.

This year's theme, from the American Bar Association (ABA), celebrates the centennial of our 19th Amendment—100 years of women's right to vote in America! You can learn more about this theme, and past themes, at the ABA's website here --> https://www.americanbar.org/groups/public_education/law-day/

As we celebrate our democracy, we also take a moment to celebrate you—and others who serve our great Nation, particularly in times of crisis and peril. Thank you all for what you do, every single day. We are honored to serve alongside you. Happy Law Day!

Are you leaving active duty? Ready to serve in a different capacity? Ever wanted to work in TDS or have TDS experience and enjoyed it? Consider joining the 154th LOD! Please feel free to me contact the Chief Paralegal NCO, SFC Stefanou at [email protected]

Take care of yourselves and increase your knowledge of good health and hygiene practices and implement them into your daily routine.

It is crucial to not panic during this time, and one way to resist that urge is to verify the information you are receiving with credible resources. The saying “trust but verify” applies here.

Know that we are here to assist you. Have a great weekend!

Long post in the series but worth reading to the end.

They are not a search for the truth; they are a quest to create a confession. If an individual is being interrogated, law enforcement has already decided he is guilty. The tactics law enforcement officers use are designed to increase psychological pressure on the subject, and their goal is to induce a feeling of hopelessness that is so bad that confessing to a crime seems like the best choice. These tactics produce a lot of confessions, most are true, but a few are false. Whether guilty or innocent, one does not want to go through this interrogation process.

In our last post, we talked about isolation. When one arrives at the place of the interrogation, one's phone is taken away. One is put in a room by one's self with nothing to do but think. Law enforcement wants you to think how much trouble you are in and how much you just want this to end. The subject is left in isolation until he begins to show symptoms of hopelessness. The subject thinks he is alone, but he's being watched through a one-way mirror by law enforcement.

The interrogator will enter the room with a copy of the form law enforcement uses to advise subjects of their rights and memorialize their decisions. The interrogator will set the form aside and say, "we'll get to that later." Indeed. She'll get to it later, but not before she's convinced the subject trusts her and will talk to her without a lawyer. First, the interrogator will fake interest in the subject's well-being by asking, "how are you doing?" Then she'll make small talk about things in the news, happenings on post, and Army life.

Congratulations to former Pacific Rim RDC, Mike Friess, for his promotion to Colonel! Outstanding day for the US Army and the Friess family! COL Friess is a proven dedicated leader and what the JAG Corps needs to lead it into the future.

A lot of people get extenuation & mitigation confused, so let's take a look at them:

Extenuation (R.C.M. 1001(d)(1)(A): serves to explain the circumstances surrounding commission of the offense, including those reasons for committing the offense which do not constitute a legal justification or excuse.

Prior Art. 15 or civilian conviction for same offense; particular acts of good conduct, bravery, or benevolence; evidence of reputation for efficiency, fidelity, subordination, temperance, courage, or any other trait that is desirable in a service member; awards and combat service; restitution; retirement; medical problems; s*x offender registration; effect on Immigration status; retention evidence; grade determination board; tragic things in client’s past.

We are here for you always.

In our next posts, we will discuss the tactics interrogators use during the interrogation.

Be the first to know and let us send you an email when Headquarters, U.S. Army Trial Defense Service posts news and promotions. Your email address will not be used for any other purpose, and you can unsubscribe at any time.

Congratulations to Colonel Thompson - Chief, USATDS - on his confirmation to Brigadier General!
Thank you for your service LTC(R) Bateman!
Some major changes to to AR 670-1 effective 26 February 2021. Here’s a summary of some of the changes.
Ladies and Gentlemen,

The announcement for the position at Kaiserslautern, Germany, will follow soon. Stay tuned.