JTF-N is the DoD organization tasked to support the nation’s federal law enforcement agencies in t Please read the rules contained in this Agreement carefully.

On June 6, 1944, more than 160,000 Allied troops landed along a 50-mile stretch of heavily-fortified French coastline, to fight Nazi Germany on the beaches of Normandy, France. Gen. Dwight D. Eisenhower called the operation a crusade in which, “we will accept nothing less than full victory.” More than 5,000 Ships and 13,000 aircraft supported the D-Day invasion, and by day’s end, the Allies gained a foot-hold in Continental Europe. The cost in lives on D-Day was high. More than 9,000 Allied Soldiers were killed or wounded, but their sacrifice allowed more than 100,000 Soldiers to begin the slow, hard slog across Europe, to defeat Adolf Hitler’s crack troops.

On Memorial Day, Joint Task Force North honors and remembers all who gave the ultimate sacrifice for our country and way of life. We stand today, and everyday, on the shoulders of these heroes.

Take a look and see just how important our aviation maintainers are and show your appreciation today. 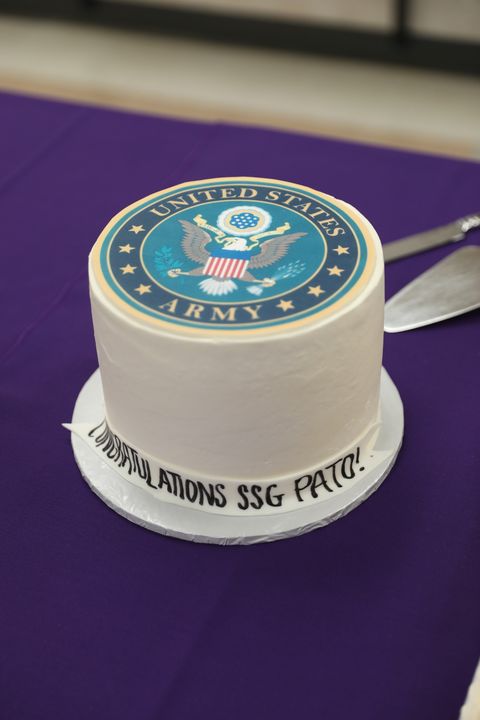 Congratulations to Staff Sgt. Ameko Pato on his retirement from military service! Best wishes to you and your future endeavors.

Joint Task Force North Commander, MG Simmons welcomes the newest officers into El Paso during a commissioning ceremony held at the University of Texas, May 13 2022, as he spoke to the crowd and 16 commissioning cadets.


For more information go to :https://elpasoheraldpost.com

The patriotic parade will include our JTF-N color guard, as well as the marching band, floats and horses. The parade is to be held at Ft Bliss TX, on May 21st at 10AM and begins at Noel Parade Field.

We are so happy to present the first ever Mother's Day Shout outs for our JTF-N organization. We wish all of the mothers the happiest Mother's Day! Please "Like" and "Share" your personal Mother's Day shout out link with Mom 🌺

The National Day of Prayer was celebrated today at Fort Bliss with members of Joint Task Force North Unit Ministry Teams, Chaplains and Religious Affairs Specialist, at the Centennial Banquet and Conference Center. Every year the Fort Bliss garrison Unit Ministry Team hosts a religious conference or service on May 5 to observe the National Day of Prayer.

Marked officially as Military Appreciation Month, May is special for those who have served and those who support service members.

Congress designated May as National Military Appreciation Month in 1999 to ensure the Nation was given the chance to publicly show their appreciation for troops past and present.

We look forward to recognizing our service members in special ways all this month. We hope you take the time as well to show appreciation for our valuable service members and their contributions to this great Nation.

Thank you to all those who served and are currently serving!

What does, "lead from the front" mean to you --

Lead from the front👉self-confidence vs. egotism, moral courage, and physical courage. LEAD FROM THE FRONT

Sgt. William Salazar Joint Task Force North's Service Member of the Week, LEADS FROM THE FRONT. Clearly, a member of the time honored corps, which is known as “The Backbone of the Army”.

Sgt. Salazar was selected as sergeant of the guard for his leadership efforts. He’s a positive role model and sets the example for junior Soldiers by maintaining physical and mental strength. 💪

He competed in the virtual Bataan Memorial Death March. He is kind an humble when interacting with his junior Soldiers.

Col. Mozer spoke on his gratefulness for his wife’s ongoing support since their high school years.

Col. Mozer also recognized his children for their support during his career.

Our JTF-N Victim Advocate Coordinator talks about the significance of

Our joint forces RISE to an Easter pilgrimage and challenge🌄

As the sun rose over the Borderland, Joint Task Force North members along with hundreds of others filed up the dirt trail to the top of Mount Cristo Rey to make a traditional pilgrimage canceled the past two years because of COVID-19.

Mount Cristo Rey (Spanish for Christ the King) has a two and a half mile trek to the top of the mountain. The mountain, located in Sunland Park, Texas, is the site of two traditional pilgrimages every year: one of which is during Holy Week in April and another during October. The hike is an opportunity for Christians to commemorate the crucifixion of Jesus Christ.

The Army named its current primary training helicopter, the UH-72A Lakota🚁 after the Lakota tribe of the Great Sioux Nation (2012).

Naming helicopters after Native Americans was once an official Army regulation, which was meant to suggest an aggressive spirit and confidence.

Today that regulation and stated intent no longer stands, but the tradition continues.

April's Sexual Assault Awareness and Prevention Month (SAAPM) is a call to action for individuals at all levels of the military to use their personal strength to advance positive change in preventing sexual violence.

The EFMB is a special skill awarded for recognition of exceptional competence and outstanding performance by field medical personnel.

Sgt. Sharpe goes above and beyond to ensure her commands success. She conducts unit training with great pride and professionalism. Sgt. Sharpe has the very best attitude, lives by the Army Values and loves to serve others.

Thank you for your service and dedication Sgt. Sharpe!
👏

Celebrate the anniversary of the world's first female pilot license, March 8, 1910. Our JTF-N female aviators along with 420,000 in 52 countries on 5 continents already have. 🛩(U.S. Army photo by Sgt. Lureitia Nordhues)

JTF-N photo of the day!

Congratulations Col. Paul N. Garcia, after serving 30 years, retires from the U. S. Army while serving as Deputy Commander for Joint Task Force North, Ft. Bliss, Texas. He is a native of McAllen and is the son of Reverend Ernesto and Marcela Garcia. He is married to the former Melinda Molina of McAllen and
they have two children, Aaron and Karina.

We will miss your friendship, professionalism, and leadership.

In celebration of Women’s History Month and the strong woman of our Armed Forces... 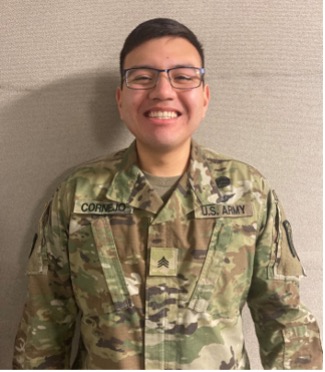 Sgt. Cornejo is the JTF-N Service Member of the Month. Sgt. Cornejo envisioned joining the service as a young boy and ultimately enlisted as an aviation operations specialist with his best friend.

He lives by the mantra, "If you can't smile yourself, you can at least smile for others."

Cornejo is currently studying aerospace engineering at Iowa State University and learning French in his free time. He has two guinea pigs at home - who he claims are learning French right alongside him.

Sgt. Dosite is known in her unit for being hardworking, driven and dedicated.

When not soldiering, Dostie serves as a patrol deputy with the County Sheriff’s Office in Maine.

Her long-term goal is becoming the first female first sergeant in her military police company.

As Joint Forces celebrates we commemorate the service, sacrifice, and accomplishments of all women in the Armed Forces.

For more than 100 years, women have applied their character, courage and talents in service to our country and our Forces.

Spc. Ryan Balzer is the JTF-N Service Member of the Week.

Balzer's high level of motivation and can-do attitude sets a new standard for his peers. He’s always looking for new ways to challenge himself by participating in events such as the Best Warrior Competition, the ACFT Massacre, the Bataan Death March and the Spartan Race.

When not reaching top scores on the Armys physical fitness test, he puts in time with fellow Soldiers to improving their scores.

Balzer is extraordinarily resilient in stressful, ever-changing environments, while still looking out for the interests and welfare of his battle buddies.

Black History Month - an Airman's story of resilience and courage.mp4

Spc. Ross is the JTF-N Soldier of the Week.

Ross consistently finds ways to accomplish the mission while keeping safety as a top priority.

Ross is an adaptable Soldier who is always looking to help out where he can while supporting the Army Values.

Be the first to know and let us send you an email when Joint Task Force North posts news and promotions. Your email address will not be used for any other purpose, and you can unsubscribe at any time.

Sgt. Krvavac volunteering in the community

Other Government Organizations in Fort Bliss (show all)