To qualify for the Honorable Order, nominees must have demonstrated the highest standards of integrity and moral character. They must also have displayed an outstanding degree of professional competence, served the U.S. Army Quartermaster Corps with selflessness, and contributed to the promotion of the Quartermaster Corps in ways that stand out in the eyes of the recipient’s seniors, subordinates, and peers.

More can be found out about the Order of Saint Martin Award Program on the Association of Quartermasters webpage at:
https://associationofquartermasters.org/

The Competition consisted of a written essay, a review board, an instructor proficiency evaluation, an ACFT, and a ruck march which included situational training exercise lines based on warrior tasks and battle drills.

Please join the department as we congratulate SSG(P) Shakiera Kaplan (MOS 92A), as she is promoted to Sergeant First Class.

Our deepest condolences to the Powell Family. We lost a great Leader today. Rest well Sir.

America lost a national treasure with the passing of retired Gen. Colin Powell. He was a true Soldier, statesman, and leader of exceptional integrity. We are immensely saddened by his passing and hope that his family may find solace in the great legacy he leaves behind. We will never forget his steadfast leadership and service to our Army and our Nation.

A message update from Sgt. Maj. of the Army Michael A. Grinston:

“We are going to use the existing Temporary Promotion policy to waive the MLC requirement for Master Sergeants for otherwise fully qualified SFC’s for 1 Nov. promotions.”

“This is to help correct an issue where Soldiers were not scheduled for MLC in the priority outlined by STEP.”

Sending heartfelt condolences to the Ordierno family. Thank you and your Family for your service and many sacrifices. Rest In Peace Sir.

Our deepest sympathies and condolences to the family and friends of the 38th Army Chief of Staff, Gen. (Ret) Ray Odierno. We are truly saddened by the loss of this extraordinary leader. His tremendous impact on our Army and our Nation will never be forgotten. He truly inspired us all; not only during for his time in uniform, but also during his continued dedicated service to his community and our Veterans. I am honored to have served with him and I have always cherished his sage counsel.

On Friday SFC Sonnier was awarded the MSM and the Prestigious Order of St Martin for his contributions to the BN, BDE, and Army. Job Well done SFC Sonnier. During his stint, SFC Sonnier was the BN S4, worked in the BN S3 and volunteered to be an instructor. He also served as the BN Sharp Rep! We thank you and your Family for your contributions and sacrifices. Best of Luck!

The 92A/92Ys rounded out the week with some good old focused MOS training and a facilitation on TTPs in teaching the POI.

Thank you to The Joint Culinary Center of Excellence for the invite to participate in the Enlisted Aide end of course meal. As always, the food and presentation was fabulous. Kudos to the students and Leaders in the program!

Effective 1 Aug 21, the department welcomed SSG Ferguson to the senior ranks of SFC. SFC Ferguson is truly deserving of the rank and we know she will continue to uphold the traditions associated with excellence. Congratulations SFC Ferguson to you and your Family, well deserved!!

On Friday we farewelled 3 outstanding Noncommissioned Officer SFC Hodgeson, SFC Headley, and SFC Machado. Know that you have greatly impacted and shaped a plethora of future Leaders that will one day replace us! Thank you so much for your hardwork and dedication in making the mission look easy. God Bless you and your Families and much success at your next duty assignment.

Leaders check out the Logistics Times! Here is where you will find the latest and greatest news in our Sustainment community.

The G-4 is excited to announce the release of the inaugural issue of Logistics Times, our biannual publication of the latest news and commentary from the backbone of Army logistics – NCOs in the field. In this first edition, you can learn more about the training of a high-performing sustainment NCO, the fielding of modern equipment as the Army evolves for Joint All-Domain Operations, and even hear from the G-4’s Sergeant Major on training and testing being leveraged to improve Soldier lethality. Logistics Times complements the G-4’s existing NCO newsletter, The Snapshot, by providing a strategic, functional, and educational forum, ensuring the Army’s Sustainment NCOs are ready to advance their careers while preparing to deploy, fight, and win our Nation’s wars.

You can read the first edition of Logistics Times and peruse past versions of The Snapshot here: https://www.army.mil/g-4#org-newsletters

On Friday we farewelled MSG Gordon! Although she was only with us briefly, it has been a pleasure to serve with an NCO of this caliber. She has been selected to serve on the People First Initiatives Group. Good luck and God Speed MSG!!

The Logistics Training Department had the pleasure of hosting QM7, QM8, and D6 on Thursday for a Department Overview. The QM Leaders were briefed on Department Initiatives, training facilities, equipment, and Supply Excellence.

Grinston’s Great Expectations: SMA Says He and the Army Must Change the Service’s Culture This is "War on Excess" by CASCOM TTD on Vimeo, the home for high quality videos and the people who love them. On Friday the Department held a team building event to promote cohesion, teamwork, strengthen work relationships, and welcome the newest 92A/92Y instructors to the team. A little friendly sports event for some bragging rights!! Congratulations to the 55th Signal Company!!

Thank you GEN Daly and CSM Delgado for the quick photo with some Sustainment CSM/SGMs!

The United States Army Quartermaster School recently expanded its educational partnership with Purdue Global University to now include the opportunity for all 92 Series MOSs to earn college credits towards pursuit of an Associate’s or Bachelor’s Degree.

The updated agreement makes all Quartermaster MOSs eligible for occupation-specific training based on the verification of active duty service. This exciting opportunity offers our active duty Quartermaster Soldiers the opportunity to receive college credits based on MOS, skill level and for courses taught at the US Army Quartermaster School and Army Logistics University under the Enlisted Professional Military Education system.

Soldiers who have already completed Advanced Individual Training (AIT) and are still on active duty in that same occupation may be eligible to receive college credits based on the standards being taught in the current AIT course. Credits applied in this manner is based on the typical Army courses required for advancement to each skill level.

Purdue Global offers flexible, online military degree programs for active-duty and veterans. Learn how we can help you achieve your education goals.

Leaders, take time out to read and educate yourself on the new policy.

Transgender personnel and individuals with gender dysphoria who can meet the Army's standards for military service can now serve openly.

It’s always a great time with my squad building our team and strengthening community relationships. Today 22 NCOs, family members and 2 BOLC Officers volunteered with Habitat for Humanity to assist in warehouse operations to facilitate an upcoming move that will increase the organization’s ability to accept more donations. Anyone who would like to volunteer time or donate goods please contact your local Petersburg Habitat for Humanity (nonprofit) organization. They are friendly, passionate, and caring people trying to build a better community.

What a great way to start another Awesome Army Day here in Quartermaster Land! Our Commandant BG Donahue became the 56th Quartermaster General. Congratulations to you and your Family Ma’am!! Supporting Victory. 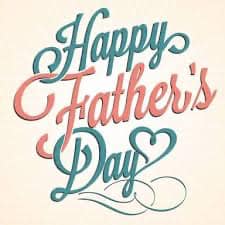 Happy Father’s Day!! May your day be filled with many blessings, laughter and joy!!

Congratulations CSM Vidal and thank you for your Leadership and everything you have done for the Corps!! Welcome CSM Scott and congratulations!!

Back by popular demand! We will have Battalion/LTD blankets for sale tomorrow at the battalion headquarters for $40. Please come and get them while they are available. All proceeds will go to the SFRG.

Be the first to know and let us send you an email when Logistics Training Department - LTD, U.S. Army Quartermaster School posts news and promotions. Your email address will not be used for any other purpose, and you can unsubscribe at any time. 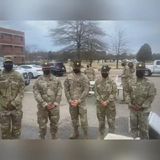 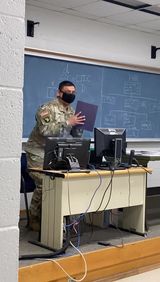 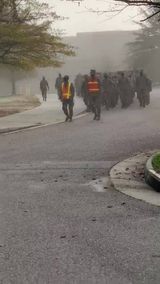 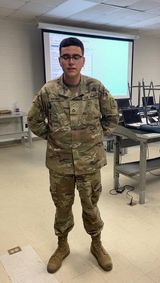 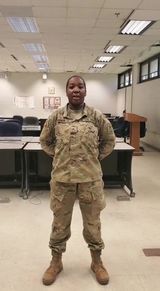 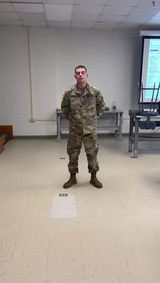 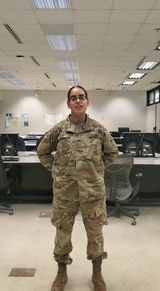 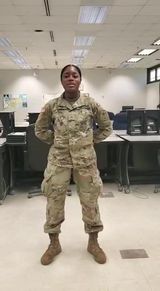 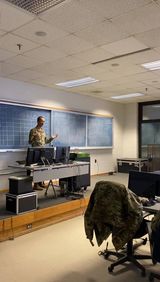 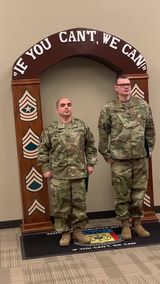 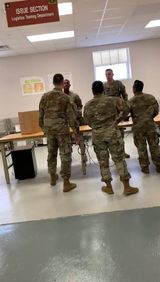 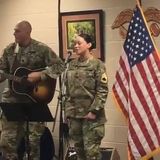 Other Government Organizations in Fort Lee

Army Logistics back in the day.

https://www.facebook.com/182289781794428/posts/3297954240227951/?d=n
Happy Mother's Day to all of the beautiful ladies of the Logistics Training Department!!
Congratulations to Command Sergeant Major Jimmy J. Sellers, United States Army Noncommissioned Officer Leader Center of Excellence and Sergeants Major Academy, Fort Bliss, TX, has been selected as the Sergeant Major, Office of the Deputy Chief of Staff, G4, Pentagon.
Fort Lee is nice place to train.Quatermaster- Supply all the way. I was 76C 76Y, 76V Then change to 92A combing the 76 series to 92A. I also have 92Y too.
My son found an Army quartermaster ring in College Station, Texas with the following information on it. "92Y-2016; A 2/39. Please pass this around so we can fine the owner. Thanks.
Has anyone tried to order the ACFT equipment using a TDA DODAAC? 🤬
💙My very beloved father is turning 100 on May 11th! 💙He would love to get cards from everywhere and anyone! He is a proud WWII veteran and we are very blessed to have him with us! 🇺🇸🇺🇸If you could send a card, it would mean the world to him!
Mr. Edwin (Ed) Mulka
C/O Marie Mulka
481 North Bradley Hwy
Rogers City, Mich, USA
49779
This is a test with the BULLY Bearing Washer
is there a Michael Nichols here?
I'm just asking because someone is being here
Ladies and Gentlemen,

Here are the approved CY17/18 Supply Excellence Award (SEA) Phase I results.
Awesome job and Congratulations to all the units that moved on to the next Phase.
The 94th Training Division-Force Sustainment Headquarters Headquaters Company will lose yet another stellar Senior NCO to retirement. On 9 July, 2017 at Fort Lee, Va., after 34 years of service to her country, Master Sgt. Betty Brown attended her final battle assembly/drill weekend with the men and women whom she has worked alongside, worked for, supervised and mentored for the past 18 months.

In her civilian profession, Brown works as a team chief for the Total Army School System Training Center at Fort Lee military installation. Now that Brown has retired from the Army, she has her heart set on retirement from the civilian workforce which is shortly approaching in the year 2018. Brown stated that her retirement plans consist of traveling and more traveling. Bon voyage and congratulation on your stupendous milestone! (U.S. Army Photo by Capt. Ebony Malloy, 94th Training Division-FS Public Affairs Officer and Amy Perry, Fort Lee Public Affairs)
x

Other Government Organizations in Fort Lee (show all)