K9 Kash is a 1.5 year old Belgian Malinois who will be joining the ranks of the Grand Blanc City Pol

Check out this new, awesome design now in Kash’s online store! Just click on the link below to shop!

Sometimes dogs will be dogs 🤷🏼‍♂️

Ok fans of Kash, Kash is a little behind in this competition, he is calling on all of his fans to help him out, please take a second and “like” Kash’s photo to help his numbers climb, it has to be on the original photo, Kash says thank you in advance!!!

Kash is enjoying his little slice of sun in the backyard 😂

Well, 2021 is in the books, and....Kash passed his certifications!! Kash had a great couple days with all his fellow K9s, and is excited to come back next year!!

Kash waiting his turn for his building search certification, so far he has been rocking his tests 💪🏻

Kash is up North training with all his buddies for the next two days, it’s annual certification time, wish Kash luck!!

Kash worked a TON of overtime over the holidays, so this weekend he is relaxing up North with his human family and tonite he was rewarded with his favorite, steak and dog beer 😂. 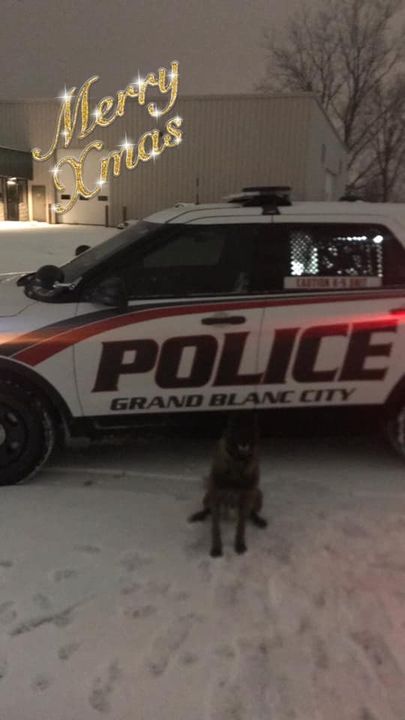 Merry Christmas from Kash! Kash is out patrolling the streets tonight, helping keep everyone in Grand Blanc safe while they enjoy their Holiday evening. Kash wants to remind everyone to have fun, enjoy your time with family, and as always, please be responsible 👍

Kash is at it early today, loves his training days!!

Kash is enjoying his time up North after working hard the last couple weeks!!

Ohhhhh Kash....got done playing fetch and his handler turned his back for one second 🤦🏼‍♂️😂

Kash and his handler are wishing all the mothers out there a Happy Mother’s Day!!

Kash was out doing some article searching today for fun, think he found it? 😂

Kash was out this morning having a little fun working on obstacles such as a fence. During his routine duties it is essential that Kash be able to get over something like a fence, so it is important he practices this so he doesn’t hesitate when he needs to do it!

Kash and his buddies helped brighten the day for a local boy, he was awesome and loved it!!

Kash was out doing some article searching this morning. Although it was just training, he found the cell phone quickly!

Well, we may need a bath, and our dry cleaner may be mad at us, but we helped track and find a missing girl tonight so it is all worth it 👍

Kash was able to train with some of his best buddies today!

Deebo is home and on his way to a full recovery 💙


Deebo is home and recovering from yesterday’s surgery. We will update his status following his vet appointment tomorrow morning. We appreciate all the incoming support for Deebo and his co-workers involved.

Kash had fun yesterday training with his friends, this is the first bite work he has done since a tooth extraction a couple weeks ago, he was definitely feeling better!!

So, you think drugs are safe in the ceiling duct, think again!!

Kash is back in the cruiser recovering after some minor surgery to fix a broken tooth he suffered during training last week, still little out of it but after a good night’s rest he will be ready to get back to work. Special thanks to Dr. Joe and the staff at Briarwood Veterinary for taking such good care of him today!

Be the first to know and let us send you an email when GBPD K9 Kash posts news and promotions. Your email address will not be used for any other purpose, and you can unsubscribe at any time. 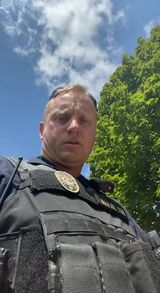 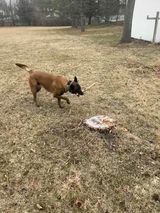 Sometimes dogs will be dogs 🤷🏼‍♂️ 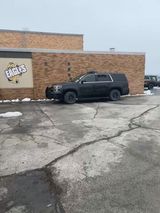 Kash is up North training with all his buddies for the next two days, it’s annual certification time, wish Kash luck!! 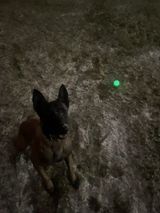 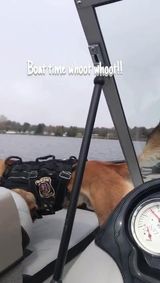 Kash is enjoying his time up North after working hard the last couple weeks!! 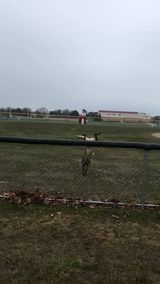 Kash was out this morning having a little fun working on obstacles such as a fence. During his routine duties it is essential that Kash be able to get over something like a fence, so it is important he practices this so he doesn’t hesitate when he needs to do it! 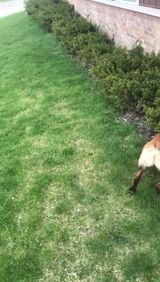 Kash was out doing some article searching this morning. Although it was just training, he found the cell phone quickly! 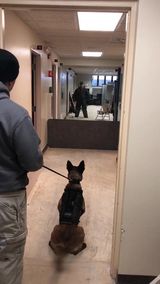 Kash had fun yesterday training with his friends, this is the first bite work he has done since a tooth extraction a couple weeks ago, he was definitely feeling better!! 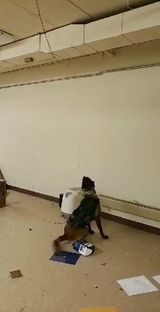 So, you think drugs are safe in the ceiling duct, think again!!

Kash is working a looooonnnngggg shift today, so he decided to get out of the cruiser and have some fun, I mean train 😂. Kash is trained to recover missing or disgarded “articles”. These can be anything from a pry bar that was dumped by a burglary suspect to a wallet lost by someone on a walk in the woods. Kash located the article by smelling for the human scent particles left on it. Of course, Kash loves the reward at the end 👍 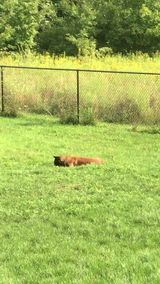 Kash is outside enjoying his Kong football squeaker he got for his birthday! 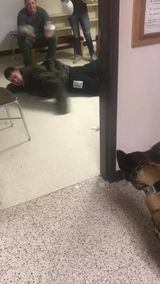 Kash is always looking for things to test him. In this scenario, the room has a decoy in it, but also is filled with multiple people trying to make as much noise as possible. The purpose behind this is to expose Kash to a very chaotic environment, with lots of noise and distractions, with the desired outcome being that Kash can work through the distractions and still do his job. It also tests the handlers ability to work through and out Kash in the same chaotic environment. 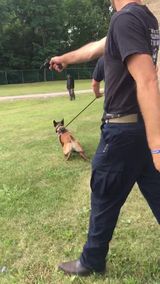 We set up a tough scenario for Kash, the suspect was holding a dangerous weapon and the shots fired from his backup officers were meant to simulate the sound of a less lethal bean bag round being fired. The bean bag round is meant to distract or get the suspect to drop his weapon at which point Kash is sent for the apprehension. This scenario is good to test and make sure Kash can work through a tough situation with lots of distractions and gun fire. Kash passed with flying colors!

In a recent training session, we tested Kash with a tough “high” dope hide in a large locker room, Kash said no problem, finding the drugs in less than 30 seconds!!

Training today involved some “muzzle work”. Using muzzles helps the dog focus on the subject and not just equipment such as a bite sleeve.

Kash had a blast today showing off his skills for the 4th and 5th graders at Elms Elementary!! 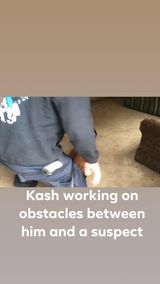 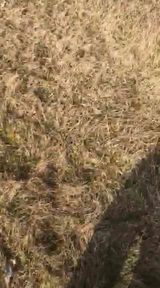 Kash is running some hills today, working on his summer beach body 😎 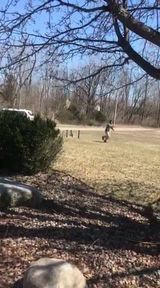 Here is a video from training the other day. We were trying to simulate Kash arriving at a burglary in progress where the bad guy ran as soon as he got there. As you will see, you can’t out run Kash 😂

Kash says he is going to take advantage of this weather and get some endurance training/fun in!!

Kash wanted to post this video to give you an idea what a call like this would look like. Obviously this is a re-enactment, but you can see how Sgt. Jolman and Kash would respond to a call of a suspicious vehicle that resulted in a track to a building that had been broken into and where the suspect was still inside.

More obedience training for Kash with his human brother

Kash’s brother working with him on some obedience training

Kash had some fun during apprehension training yesterday. The bungee you see attached to Kash is used to immediately apply back pressure to Kash once he bites the decoy which helps condition him to maintain his bite. Another benefit of the bungee is it builds strength and drive towards the suspect. 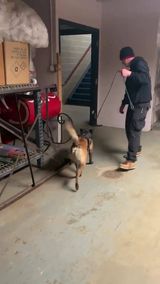 Apprehension training at the Dort Mall

Sometimes you have to take a break from the grind of the shift to play in the snow!

Other Government Organizations in Grand Blanc

A special thank you to our guest speaker Stg. Jim Jolman along with K9 partner Kash for attending our Rotary Club of Grand Blanc meeting this week. We thank you both for your services to our community!
It’s not K9 Kash, but here’s a great real life story about another wildly talented police K9. Just sharing the great news!
https://www.facebook.com/K9RockyBook/posts/450135632048557:0
G.F.H.A.’s @ CRYSTAL FIELDHOUSE
TRY HOCKEY FOR FREE DAY
REGISTER www.tryhockeyforfree.com/9216
Greater Flint Hockey Association invites all boys and girls to Crystal Fieldhouse
Saturday Nov.10th @12:30 p.m.
This free event is designed to provide kids, of all Ages and Abilities, a completely free experience to Skate and Playing Hockey. Equipment is available to borrow. Our top coaches will be on the ice to assist your child in learning the basics of Skating and Playing Hockey. Your son or daughter does not need any previous skating or hockey experience.
TELL YOUR FRIENDS, NEGHBORS AND FAMILY
CLICK HERE TO PRE-REGISTER
x

Other Government Organizations in Grand Blanc (show all)