May the spirit of the season fill you with joy! Happy Holidays! Roland Esquivias is the first LGBTQ Councilor-Elect at the Hercules City Council.

Many good things were accomplished during my four-years on City Council, and I am going to focus on what I believe are some of the key highlights from my last year as your Mayor:

We have thus far successfully navigated the COVID-19 Pandemic. Our Hercules City Hall is the only City Hall in the County which never closed and I want to again thank our employees for making that possible.

We have engaged with the Community on policing and social justice issues and I am proud of our efforts including the City Council having asked our City Manager and Police Chief to conduct two facilitated Town Hall meetings, which went extraordinarily well, and for the Council having dedicated a special meeting to the concerns.

The more than three year expansion and upgrade of the joint Pinole/Hercules Wastewater Treatment plant was completed in 2020.

Resurfacing of the Refugio Park tennis courts was completed.

Streetlight replacement was completed in the Hercules by the Bay and Refugio Heights neighborhoods.

A major energy retrofit project including solar with a company called Engie for a variety of City facilities was approved and is now underway.

The development of the City’s first Hazard Mitigation Plan and General Plan Safety Element update was started and is now nearing completion.

The first phase of the Bayfront mixed-use transit-oriented Bayfront project was completed with the 172-unit Exchange opening with the second phase to be completed in May, 2021, and a third phase to start in 2021.

Entitlements were approved for the nearly 600 unit Hilltown community.

The new Safeway and related retail center will just miss their planned 2020 opening and will open in mid-January.

The City refinanced bonds in July related to the Library and those savings were front-loaded in the first two years to assist the City in navigating the unknown impacts of the COVID-19 pandemic.

The Council also responded to new State mandates and adopted ordinances addressing street vending and Accessary Dwelling Units to bring us into compliance with State law.

The Council has also continued to be committed to ensuring that the City of Hercules lives within its means and that we are fiscally prudent, meeting base service needs, and also investing in capital, key designations of funds to meet future needs, and to growing our reserves.

So while 2020 was a much more challenging year than anyone could have imagined, and we will continue to be challenged into 2021, we have seen a tremendous amount of resiliency and commitment from the community demonstrated time and time again.

As such, it has been a great pleasure to have served as Mayor during a particularly trying time, and I would like to, once again, thank everyone who supported me in this role, and I wish the new City Council and the community all the best as I leave office!

Due to the unprecedented surge in community spread of COVID-19 and the significant increase in hospitalizations and ICU bed usage, Bay Area Health Officers (including Contra Costa) announced today that the State's new Stay Home Order will be implemented this weekend.

Contra Costa's order is effective this Sunday at 10 p.m.

These are alarming numbers and do not reflect the increase we expect from Thanksgiving Day gatherings. With more holidays coming up, it is vital we take action now to prevent our hospitals from being overwhelmed.

While 10% to 30% of COVID-19 patients require intensive care, ICU beds are also needed for anyone needing critical care due to a heart attack, stroke, accident or other conditions.

In the State's new Stay Home Order, announced by Governor Newsom yesterday, individuals living in those regions of the State where less than 15% of ICU beds are available should stay home except when engaged in an essential activity. While Bay Area counties haven't quite reached that level yet, Health Officers strongly believe aggressive action is necessary to slow the surge and protect hospital capacity.

Our County Health Services is ensuring that surge plans are in place to convert non-ICU beds to ICU beds if necessary, and to move non COVID-19 patients to temporary hospital facilities, including the alternate care site at the Craneway in Richmond, which isn't occupied yet, but is ready if needed.

In 2016, I ran for the Hercules City Council because I made a promise of giving back. I did not know that it was going to be a great journey. Thank you to my co-council members who I admire and respect. I learned so much from all of you. Thank you to our City Hall staff whose unwavering dedication made our city hall open even through this difficult time. And to all of you, whose love and support carried me through these past 4 years, I give you my utmost gratitude from the bottom of my heart.
I believe that my colleagues will be moving this city forward with my shared vision of making Hercules a prime destination in the Bay Area.
And I am so excited for the new council member who will come on board because it is a blessing to be given the opportunity to make a difference.
I am also looking forward to a new chapter in my life pursuing higher learning and the academe.

Please visit 2020Census. gov and be counted! Please remember that we need to have access to 6B for funding our infrastructure, schools and other essential services. 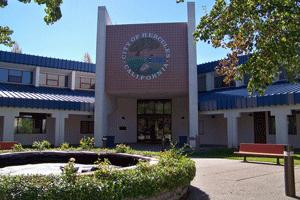 On Tuesday, July 7th from 6:30 PM to 8:00 PM, the City of Hercules will be hosting a Virtual Town Hall on Community Policing. The Town Hall Meeting is intended to provide an opportunity for honest and open dialogue with the community, specifically around our local community and police relations. Whi...

Thank you to the brave men and women who sacrificed their lives so that we can enjoy the freedom and democracy we truly uphold! Happy Memorial Day everyone! 🇺🇸 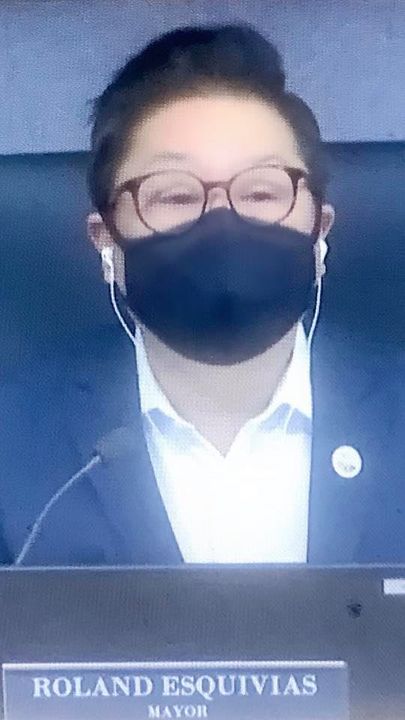 We held our regular council meeting tonight, April 28, 2020 at 7 pm, wearing masks at our council chambers. It is in conformance with the County Health order which requires face coverings. The other council members participated via Zoom. We recognize the difficulty all of our residents face during this public health emergency and we encourage everyone to check our website for updated information at www.ci.hercules.ca.us

A new health order in Contra Costa County requires anyone working at or visiting an essential business, such as a grocery store or gas station, to wear face coverings to help reduce the spread of COVID-19.

The order, effective Wednesday, April 22, also requires public transit and government workers to wear masks when they come close to others, or where the public is likely to be present.

Members of the public must mask when they:

Businesses must take reasonable measures, such as posting signs, to remind visitors about masking, and not serve customers who do not observe the order. Workers do not need to mask if they are alone in a personal office but must put them on when others enter.

“We now know that a significant number of people with COVID-19 lack symptoms, or become infectious before they start showing symptoms,” said Dr. Chris Farnitano, Contra Costa County’s health officer. “That is why we all need to start wearing cloth face coverings in public settings where it’s sometimes hard to maintain physical distancing, such as standing in line at the store.”

The new order does not extend to people driving in personal vehicles alone or with members of their households. Contra Costa residents are encouraged to continue to observe safe physical distancing when they go out to exercise or for recreation.

When outside, everyone must carry masks or face coverings and use them whenever they come near six feet of others outside their own households.

People engaged in more strenuous exercise, such as running or bicycling, should stay further apart from others while breathing heavily and take steps to avoid breathing on others, such as moving to the other side of the road to avoid pedestrians and wearing a mask if possible.

The new order does not replace the county’s stay-at-home health order or the need to maintain physical distancing, wash hands frequently and cover coughs and sneezes – all fundamental to reducing the spread of COVID-19.

“Stay in place, maintain your space, cover your face,” Dr. Farnitano said. “One key way the COVID-19 virus spreads is through respiratory droplets that people expel when they breathe or sneeze. By masking and observing physical distancing, we can help protect everyone in the community.”

The order does not require children 12 and younger to wear masks. Children 2 years old or younger must not wear them because of the risk of suffocation.

Face coverings can be anything made of cloth, fabric or other permeable material that covers the nose and mouth and the lower part of the face. Medical-grade masks are not required – a T-shirt or bandana works fine, Dr. Farnitano said.

Masks with one-way valves for easy breathing do not qualify as face coverings under the order because they can release respiratory droplets into the surrounding air.

Visit cchealth.org/coronavirus to read the order or for more information about COVID-19. Visit the Centers for Disease and Control at https://www.cdc.gov/coronavirus/2019-ncov/prevent-getting-sick/cloth-face-cover.html for video instructions to make and use cloth face coverings.

Be the first to know and let us send you an email when Roland Esquivias - Hercules City Council posts news and promotions. Your email address will not be used for any other purpose, and you can unsubscribe at any time. 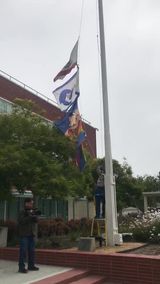 Meet the Candidates for the Hercules City Council

Dear Mayor - I'm reaching out to ask you to help us save our Principal, Dr. Merza at Lupine Hills!. We've tried everything we can but the school board and Superintendent Duffy are preceding to replace her without any community input. We've attended school board meetings, made calls, email to no avail. We need more leaders like Dr. Merza in our community. Our school grades have vastly improved in just ONE YEAR; this is because of the hard work and dedication she has brought to our school. PLEASE PLEASE HELP US bring stability to Lupine Hills and our community!
Mayor Esquivias we would love it if you could help by sharing our PPE drive? Thank you
The City of South San Francisco – Government, for the third consecutive year, recognizes and celebrates June as Le***an, Gay, Bisexual, and Transgender () Pride Month 🌈 with a proclamation at the recent City Council meeting. Mayor Karyl Matsumoto presented the proclamation declaring June as Pride Month to Aaron Adriano and Ethan Mizzi, 2019 Youth in Government Program ⭐️ graduates, who recently served as Mock South San Francisco Economic and Community Development Department Director and Mock Mayor, respectively, during the City's annual program that included a Mock City Council meeting. Aaron and Ethan are also El Camino High School (South San Francisco) Class of 2019 graduates 🎓. They took turns reading the proclamation to Council at the June 12 City Council meeting, which includes the following quote from President Barack Obama's Presidential Proclamation 8386, which designates June as LGBT Pride Month and calls upon all United States residents to "commit to achieving equal justice under the law for LGBT Americans" and "to turn back discrimination and prejudice everywhere it exists". It also references the 2013 case heard by the Supreme Court of the United States, Windsor v. United States, that struck down the 1996 Defense of Marriage law as unconstitutional and ends with a call for greater tolerance: "Following their example, let each of us speak for tolerance, Justice, and dignity -- because if hearts and minds continue to change over time, laws will too."

The , in our continuing efforts to reaffirm our commitment to diversity and inclusion in the City, unanimously carried Resolution 17-2017 on February 22, 2017.

Other Hercules government services (show all)