We educate the community about opportunities, scholarships, and programs to help students reach their educational and professional goals. General Information
If you're looking for the official source of information about the U.S. Army please visit our homepage at http://www.army.mil/. While this is an open forum, it's also a family friendly one, so please keep your comments and wall posts clean. I

We educate the community about opportunities, scholarships, and programs to help students reach their educational and professional goals. General Information
If you're looking for the official source of information about the U.S. Army please visit our homepage at http://www.army.mil/. While this is an open forum, it's also a family friendly one, so please keep your comments and wall posts clean. I

Have a safe spring break out there! Let's finish the semester #STRONG. #strengthstartshere

Happy International Women’s Day! 💪 Powerful women out there, we see you! 🎉
#internationalwomensday

Proud to have introduced Congresswoman @repjacksonlee to #HoustonSORD! Stop by our table at the @houstonhbcualumniassoc #HBCU College Fair this afternoon to learn about scholarship options. Houston HBCU Alumni Association Congresswoman Sheila Jackson Lee

TOMORROW Join #HoustonSORD at the 2022 Annual HBCU College Fair hosted by the Houston HBCU Alumni Association! 10 A.M. – 2 P.M. at the Hobby Airport Marriott. Don't miss your opportunity to speak with Army Officers and current ROTC cadets about college options and scholarship opportunities.
Check out this #FBF of Captain Richards and Major Brown at last year's event. DM for more info!

1st Lt. Lauren Martinez continually grows in her Army career and helps others make the most of their potential. She's part of the change she wants to see. Discover new opportunities and careers at https://go.usa.gov/xzjp6.

Join Houston SORD SATURDAY at the 2022 #HBCU College Fair, hosted by the Houston HBCU Alumni Association!
Talk one-on-one with an Army Officer or a current university cadet about scholarship info and college options.

This is what it’s all about! #community #HoustonRodeo #Texas #college

As Black History Month comes to an end, it is important to continue the celebration of achievements by Black Americans all year! #BHM Prairie View A&M University – the only Texas #HBCU that hosts its own ROTC program – was officially established in 1876 as the Alta Vista Agricultural and Mechanical College of Texas for Colored Youth. It is the second oldest public institution of higher education in Texas.
Swipe through to meet some PVAMU cadets!
*
*
Cadet Spraggins: I joined Army ROTC because I felt that it would further my leadership skills as well as being around my family who served in the Army. They showed me the many benefits they gained from the Army which persuaded me to start my cateer. I hope to graduate with my nursing degree and serve as a Nurse Anesthetist around the world , while serving my country.
*
*
Cadet Chapman: I joined the program because since a young age I knew I wanted to be a veterinarian in the Army. I knew I wanted to go the Army route opposed to another branch because the Army is the only branch with the MOS to be a Veterinarian. I hope with my Army career I can not only further myself, but serve my country that’s served me. I would like to help more minorities find out the real life of the Army without sugar coating it. For me I’ve been going through high school and college and I don’t know too much about Veterinarians in the Army nor have I found many to meet with or anyone that’s similar to me. I would like to change that while I’m in the Army.

A HUGE shout-out 📣 for Ms. Buckley from Clear Brook HS! 👏 This #VIP counselor has gone above and beyond to secure scholarship opportunities for the Wolverine community. Victory starts in the classroom! 🏆 Clear Creek ISD
DM us to learn about college options for you!

#NEXTWEEK Let 1️⃣ of your #90ReasonstoRodeo be #ArmedForcesDay! 🇺🇸 We'll be there!
DM us to meet up, learn about #ArmyROTC and snag swag. RODEOHOUSTON Tim McGraw

JROTC 👏 is 👏 not 👏 required 👏 to 👏 participate👏 in👏 ROTC!
While it’s a great springboard into the college program, ALL students who meet program requirements are eligible to participate and be eligible for #SCHOLARSHIPS! 💰
DM us for more details.

Victory starts in the classroom! 📚 💻
DM us to talk college options. #scholarships

Colin Powell was a distinguished and trailblazing professional Soldier whose career took him from combat duty in Vietnam to becoming the first Black national security adviser during the end of Ronald Reagan's presidency and the youngest and first African American chairman of the Joint Chiefs of Staff under President George H.W. Bush. During this time, he oversaw 28 crises, including Operation Desert Storm in the victorious 1991 Persian Gulf war. Colin Powell was nominated by President Bush on December 16, 2000 as Secretary of State. After being unanimously confirmed by the U.S. Senate, he was sworn in as the 65th Secretary of State on January 20, 2001.

A great example of Black leader who served our Military and Country at the highest echelons.

:spoiler alert: 🗣️ You ARE NOT enlisting when joining your college's ROTC program! 🤝 Meet Sgt. 1st Class Giley from the Houston Battalion, he explains a little more... 📽️

Deadline extended! 🗓️ 😅 ✔️ There's still time to apply to the 4-Year Army ROTC National Scholarship, apply by Feb. 14 and ensure ALL supplemental materials are in by March 4.
Message us for more info!

Meet Ken, a Texas Southern sophomore and Houston Battalion cadet! 👋 Like Ken, you can attend your college of choice 🏫 and participate in ROTC — possibly even earning scholarships 💰. Message #HoustonSORD for more info.

February is #BlackHistoryMonth -- #HoustonSORD celebrates the history, achievements and influence of African Americans throughout our history! #Yesterday | #Today | #Tomorrow

Be the first to know and let us send you an email when Army ROTC Houston posts news and promotions. Your email address will not be used for any other purpose, and you can unsubscribe at any time. 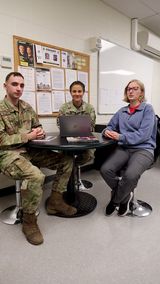 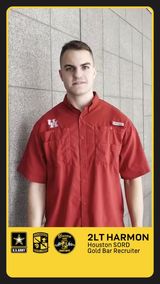 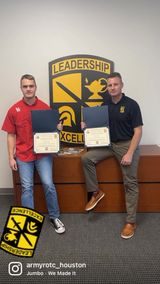 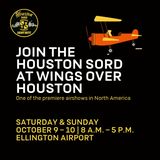 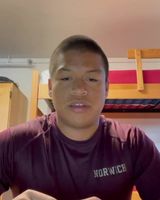 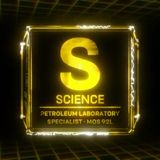 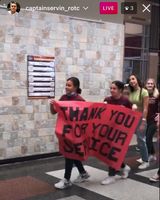 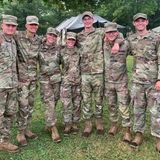 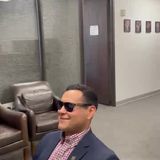 Happy 246th Birthday to US Army! Come join the future while enjoying the past! 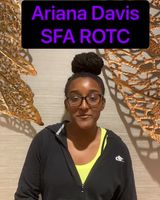 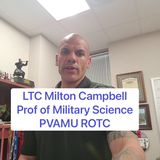 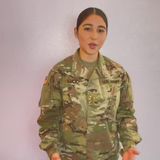 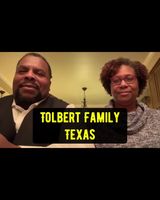 Congratulations to Maj. Christopher Bizor for his brevet promotion to Lieutenant Colonel! Lt. Col. Bizor is an #ArmyROTCAlumni of Prairie View A&M University. He currently serves as the Chief of the Strategic Officer Recruiting Detachment in Los Angeles, CA. This unit, one of only two locations, the other in Houston, TX, is a part of an initiative created by the U.S. Army Cadet Command to help increase the diversity of officers that are produced by ROTC. Col. Stephen G. Ruth formally announced this historic promotion Nov. 29. After nearly a century U.S. Army is using brevet promotions to offer flexible career paths to officers. #PeopleFirst ⭐ Brevet promotions provide officers the opportunity to temporarily promote one rank higher to serve in a critical unit position. Officers can brevet promote to Capt., Maj., Lt. Col., or Col. where they will wear the rank and receive the higher grade's pay for the duration of the position. Following the 2019 John S. McCain National Defense Authorization Act, a total of 770 brevet positions were identified for the entire #USArmy Lt. Col. Bizor is among some of the few officers to receive a brevet promotion 👏 at #ArmyROTC. Learn more about the brevet promotion program and how it's impacting the future of Army #TalentManagement ⬇️ 🔗 https://talent.army.mil/brevet/ 🔗 https://www.army.mil/standto/archive/2020/02/14/ U.S. Army Cadet Command (ROTC) | 1st Brigade Army ROTC - Spartans | 2nd "Freedom" Brigade Army ROTC | 3rd ROTC Brigade, The Black Hawk Brigade | 4th Brigade Army ROTC | 5th Brigade Army ROTC| 6th Brigade Army ROTC | 7th Brigade ROTC | 8th Brigade Army ROTC | GoArmy | U.S. Army Training and Doctrine Command | Pvamu Arotc | Army ROTC Houston | Los Angeles Strategic Officer Recruiting Detachment - SORD
Kelly Mac is LIVE with Brendon from the Army ROTC program!