Clarence was born in Milwaukee, Wisconsin, on December 6, 1921. Despite being born in the United States, he spent his childhood and teen years in Canada, working the farm with his brothers. It wasn’t until he tried to join the Canadian military that he realized he was an American citizen.

With that knowledge, he traveled to the United States and joined the US Navy. It took some time for his paperwork to come through, and he spent that time working at the YMCA, which also provided him lodging.

He fondly remembers a woman at a local restaurant providing him with free meals during that time. With his finances growing short, his paperwork was finally approved, and he found himself in boot camp and then eventually on the USS St. Louis, a light-cruiser stationed at Pearl Harbor.

On December 6, 1941, he enjoyed liberty ashore and looked forward to the same the next day. It was then, on December 7, that the Japanese attacked. Watching from his battle-station on the deck of the ship, he watched explosions and fire spread throughout the harbor. He would spend the rest of the day rescuing survivors and doing battle-damage repairs aboard the ship.

Clarence comes from a proud military family. His brothers served in different military branches, fighting in wars that stretched from World War II through Vietnam. Clarence today now makes his home in northern California and spends his days reflecting on the good times in his life, Pearl Harbor being a vivid memory that sticks with him.

In April, 20-year-old Army Specialist Vanessa Guillén was found dead outside a Texas Army Base. Now, her devastated family has come to the Red Table demanding justice and seeking answers. Vanessa’s heartbroken mother sits down for an emotional one-on-one conversation with Gloria and reveals why she feels there is more to the story surrounding her beloved daughter’s death. Vanessa’s impassioned sisters share their gut-wrenching journey and the important work they’re doing to ensure this never happens again.

BREAKING 🚨 The family of Vanessa Guillen, the Fort Hood Army specialist who was killed on base, is now entitled to her full military benefits, the U.S. Army announced.

Apply today to work for one of the best Veteran programs in the country! 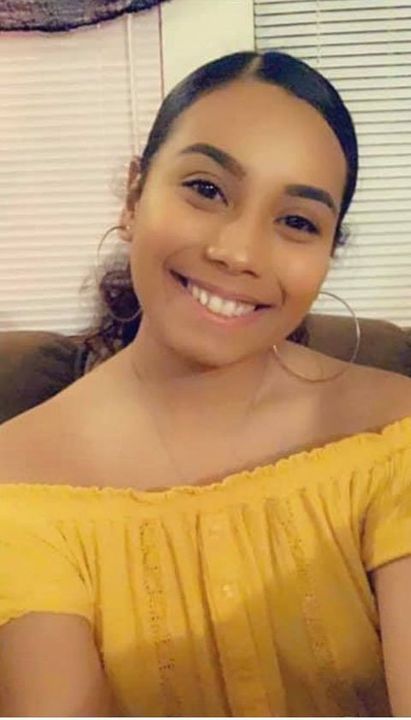 She's a 20 yr old whose life's been turned upside down overseas. Fabiana Luna is a member of the Air Force. She was involved in a major car accident while stationed in the UK. Fabiana has a broken neck. Loved ones in TX are turning to us all for supportive words. "This has been a rough year for our family as we have just lost her aunt to Covid the end of July." Let's help!

An 84-year-old U.S. Marine received his high school diploma 65 years after leaving school to serve during the Korean War.

This is beautiful! He was honored with a special military flyover and performances, and he watched it all from his front porch in New Orleans!

FORT HOOD DEATHS 🚨 Congress will launch an investigation into sexual assault, disappearances, deaths and the leadership's response at Fort Hood after 28 soldiers stationed at the U.S. Army base in Texas died this year. The announcement was made by two subcommittee leaders on Tuesday.

The letter said that according to Army data, there was an average of 129 felonies committed annually at Fort Hood between 2014 and 2019, including cases of homicide, sexual assault, kidnapping, robbery and aggravated assault.

The members of Congress cited the deaths of Spc. Vanessa Guillen, who according to federal officials was bludgeoned to death at the Texas base in April by a fellow soldier, and Pvt. Gregory Morales, whose remains were found in June while searching for Guillen. Morales was reported missing in August 2019.

MARK YOU CALENDARS. 🚨 This Friday night in what's sure to be an explosive ABC 20/20 on ABC13 Houston & ABC, the fight for justice in Vanessa Guillen's case will be at the center of a 2 hour special. What led to this Houstonian's horrific murder at Fort Hood? What will change?

Peter MacDonald Sr. is one of the last remaining Navajo Code Talkers. On National Navajo Code Talker Day, we revisit his story about what made the “unbreakable” code so effective, and how it helped save lives and secure victory in the Pacific.

#BREAKING - Fort Hood leaders say an investigation found that Sgt. Elder Fernandes' claim of being grabbed in the buttocks in May of 2020 was "unsubstantiated" and there were no witnesses to support the allegation. Sgt. Fernandes had been made aware of the results of the investigation prior to his disappearance. Fort Hood also confirmed on Wednesday that the body found hanging from tree in a Temple park was that of Fernandes. 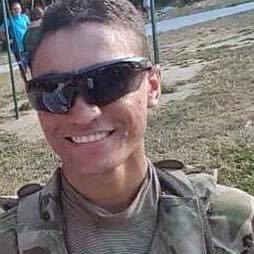 "The chain of command takes all allegations of sexual harassment and assault seriously. The unit sexual assault response coordinator has been working closely with Sgt. Fernandes, ensuring he was aware of all his reporting, care, and victim advocacy options. The unit also facilitated his transfer from a unit who has recently deployed to a different unit within the brigade to ensure he received the proper care and ensure there were no opportunities for reprisals. We will provide updates as we are able once CID completes their investigation."

The missing Fort Hood soldier has not been seen since Monday afternoon when he was dropped off at his home in Killeen by his staff sergeant.

Elder Fernandez, 23, was last seen by his staff sergeant Monday when he dropped him off at his residence in the 2700 block of Woodlands Drive in Killeen, police say.

Blue Room 9:19 A.M. EDT THE PRESIDENT: Good morning everybody. Thank you very much for being with us. This is a big day in many ways -- many, many ways. Th

On this day in 1920, the 19th Amendment to our Constitution was ratified, securing the right to vote for women and marking a monumental step toward the "mo

A special salute to a Waterbury WWII veteran

A special salute to a Waterbury WWII veteran

The police department organized a socially distanced parade to honor the 100-year-old vet.

"The Army is honored to have such highly qualified panel members help us explore the current environment in order to improve conditions for our Soldiers, families and civilians," said Under Secretary of the Army James E. McPherson. "We thank them for their time and commitment to provide an accurate assessment of their findings."

Secretary of the Army Ryan McCarthy and Gen. James McConville, Chief of Staff of the Army, have requested the FHIRC to provide an interim program report by mid-September and a final report by Oct. 30, 2020. Their assessment will include a review of historical data and statistics; interviews with a wide range of Fort Hood personnel; an evaluation of policies, regulations and procedures regarding sexual assault prevention, sexual harassment, equal opportunity and responses to reports of missing Soldiers; an evaluation of leaders' training, education, abilities and effectiveness; and the command climate at various units and its impact on the safety, welfare and readiness of their Soldiers.

Fort Hood announced earlier this week that another soldier had died and the case for murdered soldier Vanessa Guillen is still under investigation.

Rest In Peace, Spc. Francisco Hernandezvargas. 🙏🏻 The Fort Hood soldier lost his life after a boating incident on Stillhouse Hollow Lake on August 2nd. The Army said his unit is cooperating with local authorities as they investigate the incident.

REST IN PEACE 🙏🏻 Cypress-native Cpl. Wesley A. Rodd, 23, is presumed to be dead after a tragic amphibious vehicle accident in California. Rodd was a new husband and father. He graduated from Cy-Fair H.S. back in 2016. Friends have created a GoFund me for his family. Details here -> abc13.com/6350115.

‘Nothing like being home,’ | More than 120 North Carolina soldiers return home from Middle East

‘Nothing like being home,’ | More than 120 North Carolina soldiers return home from Middle East

The soldiers returned to Raleigh-Durham International Airport after a year-long deployment to the Middle East.

REST IN PEACE GREGORY: Fort Hood soldier Gregory Wedel Morales was laid to rest Thursday in Sapulpa, Oklahoma. The slain soldier was declared AWOL after he disappeared in August 2019. His remains were unearthed in a field in #Killeen some weeks ago. Gregory was reinstated and buried with full military honors. (📷: Eric Franklin KWTX)

Go Lt. j.g. Madeline Swegle! She will receive the flight officer insignia known as the "Wings of Gold" in Kingsville, Texas, on Friday! 🙌

The family of Vanessa Guillen and attorney are planning their next steps.

Rest In Peace, Gregory Morales. 🙏🏻 The Fort Hood solider was laid to rest this morning at Fort Gibson in Oklahoma. Morales had military honors at his service after the Army changed his status from deserter to active duty. At Fort Hood today, fellow soldiers gathered for their own memorial ceremony. 🇺🇸 Read more here -> abc13.com/6319977.

Be the first to know and let us send you an email when The American Legion Harrisburg Post # 472 posts news and promotions. Your email address will not be used for any other purpose, and you can unsubscribe at any time.

Send a message to The American Legion Harrisburg Post # 472: