"Others will follow.....Where we lead!" Shoop Fire is a fictitious fire department. Created in 2011, when owner Patrick Shoop, Jr.

purchased his first antique fire truck. The unit is currently housed on Industrial Park Rd. in Lewistown, PA. at a warehouse.

purchased his first antique fire truck. The unit is currently housed on Industrial Park Rd. in Lewistown, PA. at a warehouse.

Still have a decent amount of Koozies left here since Convention didn’t happen. $5 plus shipping, or buy 5 or more and I’ll cover shipping. PayPal accepted.

Have Koozies left over from a recent order. $5 plus shipping, if anybody is interested.

Engine participated in the Belleville Fire Co.’s 100th Anniversary Parade Saturday Evening. Thanks to Erica and Greg for providing a couple pics during the parade.

Bit warm out, but got the Mack rearranged and new nozzles added on it today.

A couple weeks ago the Mack made the trek to Clymer, Pa for the annual Central Districts Fire Convention. During the time it was there it participated in the Pumping Contest, and Parade. Mack brought home Best Appearing Antique in Association this year! Next year’s convention will be held in Lewistown. Hope to see everyone there! 🚒🚨🔥☘️ #clymer2019 #lewistown2020 #SFD #HMUF #JFSI

The Mack, back in the original days, getting it done! Photo courtesy of Michael R. Horst

Managed to get the new pup “Kindle” to sit still for a photo op. 🐶🚒

With Central Districts fast approaching, we decided to take the Wagon drafting. Like usual, flawless, even after sitting several months! Can’t beat a Mack! 🔥

Today along with other fire companies we had the honor of taking cancer survivor's to Relay for Life. Thank you for letting us participate in this amazing event.

Took the Mack out for its 1st ride of the year! Winters almost over, finally! 🚒☀️

Was too nice of a day not to take it for a ride! 🚒

Only 6 shirts remain in stock. Don’t miss out. Message the page if interested.

The Mack brought home 2nd Place in the Antique Category at the 126th Central Districts Convention on Saturday in East Freedom! Of course we had to celebrate!

Belleville’s Parade. Thanks to Dustin Weese for sharing!

Shirts arrived today, and they look great! If you ordered one they will be shipping soon. We have very limited stock remaining. If you want one, get it quick. $20 M-XL, $22 2X. $8 to ship. Totals remaining below. Thanks!

The Design is ready! Preordering has closed. Thank you to those that ordered shirts!

A couple more from Pump Primers weekend. Credit to the photographers!

Special Thanks to Highland Park Hose Co. for allowing me access to several needed parts to keep my rig on the road. It’s greatly appreciated!

Some photos of the Mack from the Boalsburg Parade on 5/26/18. Photos By: Dustin Weese Photography

The Mack is officially done! Came back today from having the Wheels Blacked Out! 🚒

Be the first to know and let us send you an email when Shoop Fire posts news and promotions. Your email address will not be used for any other purpose, and you can unsubscribe at any time.

Send a message to Shoop Fire: 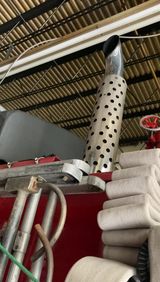 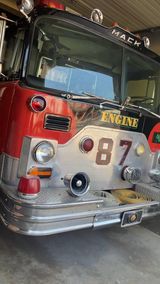 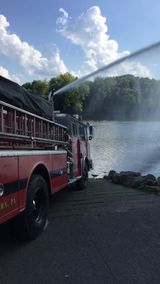 With Central Districts fast approaching, we decided to take the Wagon drafting. Like usual, flawless, even after sitting several months! Can’t beat a Mack! 🔥 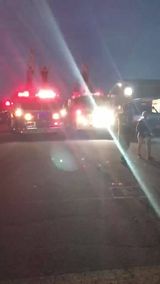 The Mack brought home 2nd Place in the Antique Category at the 126th Central Districts Convention on Saturday in East Freedom! Of course we had to celebrate! 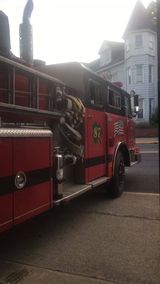 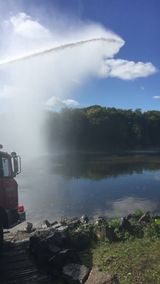 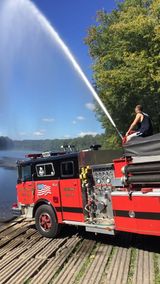 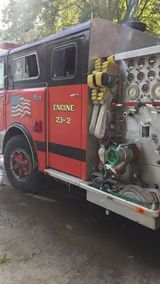 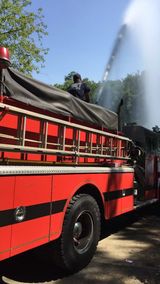 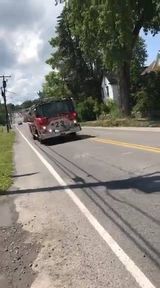 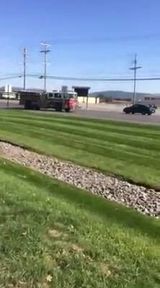 Had the Mack out the other day. First time in several months due to the brake issues. Hoping to have it fixed soon. 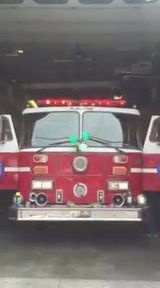 Today's project, working on the lights! 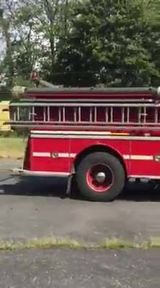 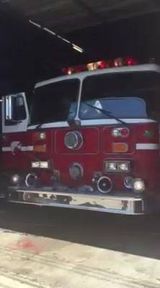 Mars lights and Powercall are ready. Roto-Ray and a few other lights need added and it'll be ready! 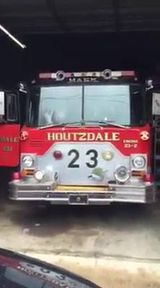 Woke the dog up today. Strobe bar is fixed, and new Powercall installed! 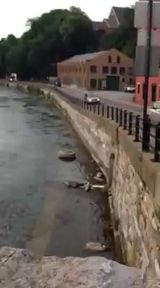 As promised the video with the Powercall. It's loud! Rig was running when the video was done!

Lights added, and fixed. Powercall installed. Just need to get the Lightbar working fully and we are set. Powercall video to come later when it's outside. 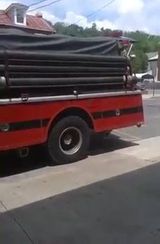 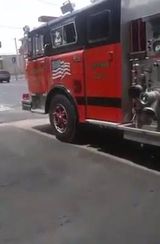 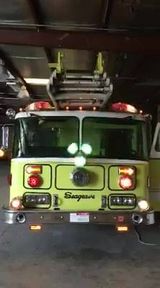 Other Public & Government Services in Lewistown