We still have many raffle tickets to be sold for the 4-wheeler, with the winning ticket drawn on October 1st. It’s a 2021 Can Am Outlander 450 that can be seen during the day at Lemens Hardware on Hwy 54. Tickets can be purchased right at Lemens or Al’s Barber shop on Main Street. $20 per ticket. Limit of 1000 tickets sold. We thank everyone that have purchased tickets, and good luck.

We still have many raffle tickets to be sold for the 4-wheeler, with the winning ticket drawn on October 1st. It’s a 2021 Can Am Outlander 450 that can be seen during the day at Lemens Hardware on Hwy 54. Tickets can be purchased right at Lemens or Al’s Barber shop on Main Street. $20 per ticket. Limit of 1000 tickets sold. We thank everyone that have purchased tickets, and good luck.

The weather forecast is looking great for Sunday morning we hope to see you all at the Fire Station!! 

Merry Christmas from all of us at Luxemburg Rescue.

Starting January 1st. WRS is going to a full time paid service. We will be paying our drivers $11, EMR's $13, and EMT's $15 per hour. We will begin our interviews on Friday November 13th in the evening. If anyone is interested please contact us via messenger or email at [email protected] for an application and a time slot.

The department’s October Brat/Burger fry has been cancelled due to the Covid-19 pandemic. The decision was made keeping the safety of the community in mind. We encourage everyone to follow the CDC and State guidelines by wearing masks and washing hands often. The sooner we follow these recommendations, the quicker we can beat this. Thanks to everyone for your continued support and be safe.

Hello to all! We hope this message is finding you healthy and well! Like many events in the recent months, it’s time to provide an update to our annual fall fundraiser.

For the safety of our community members as well as the safety of our Fire and Rescue personnel, we have opted to scale back our Burger/Brat Fry Fall Fundraiser for this year. At this time, we are planning for a carry out lunch and dinner. The location has been moved to the Luxemburg Rescue building at 331 Willow St. on October 2nd. More details will be available in the near future but be sure to save the date! Though the event will look very different from years past, we still hold the same excitement to see and serve our community members! Please check in for more event details soon!

Happy Fathers Day to all the dads out there. Enjoy the day.

Merry Christmas from our family to yours.

Come on out an join us this Sunday!! We will be serving from 7a-11a at the fire station!! We hope to see you there!!

Helping out at the Dairy Dash !!

The body of a fallen Appleton firefighter was escorted early Thursday morning to the Milwaukee County Medical Examiner’s Office. Firefighters and police officers saluted as the procession arrived. The firefighter was shot while responding to a medical emergency on Wednesday afternoon. A police officer was also shot and is being treated at the hospital.

Happy Mother’s Day ! We hope you all enjoy your day.

Merry Christmas and Happy New Year from our family at Luxemburg Rescue. 🎅🏻🌲 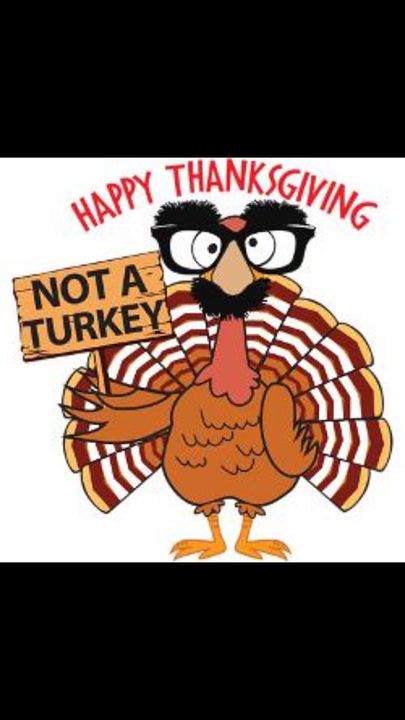 Happy Thanksgiving from our family to yours. 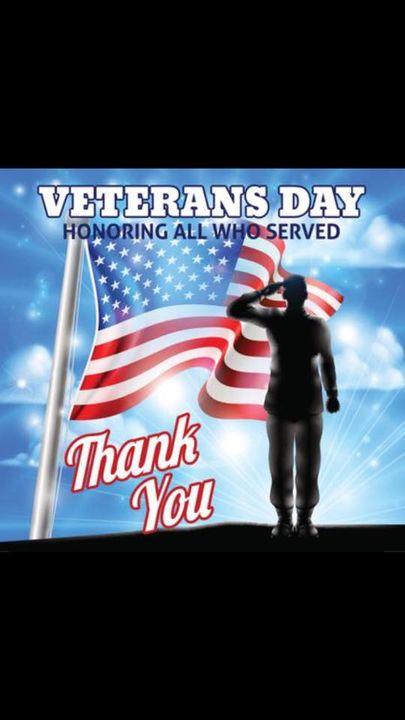 Thank you to all who served ! 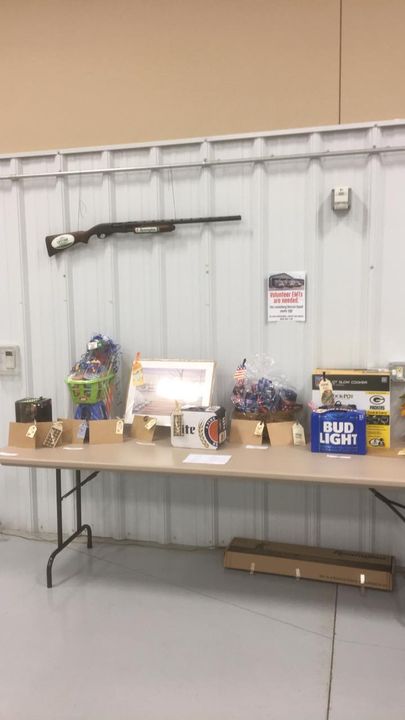 Some of our raffle prizes ! Come on down to see the rest !

Through fund raisers like our upcoming Burger/Brat Fry, private donations, and donations from many area civic groups, Luxemburg Rescue was able to purchase 2 new Stryker Power Lift cots and 2 new Stryker Stair chairs. This was a savings of $42,000 to our tax payers. We would like to give a huge THANK YOU for your past and continued support. We hope to see you October 5th at the Burger/Brat Fry. 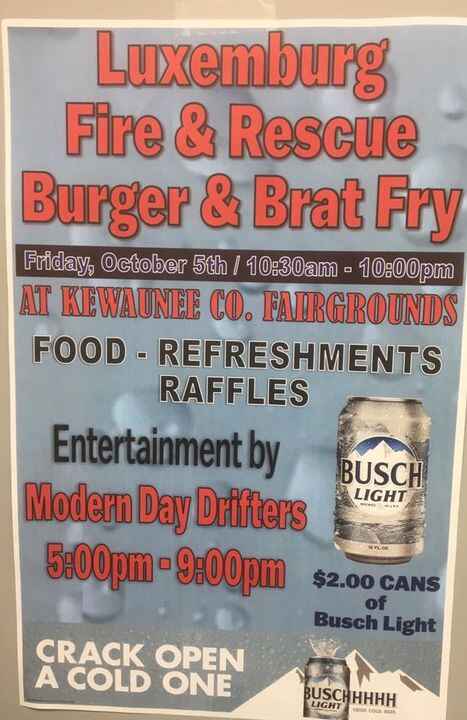 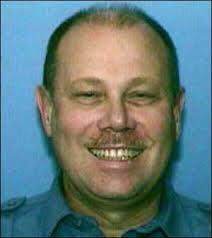 August 13th, 2006 is a dark day in Green Bay Metro Fire Department history. A dispatch for a house fire on Edgewood Drive started out like any other fire for the crew that day. While crews were attacking the fire, Ambulance 5 entered the structure with Lieutenant Arnie Wolff and Fire Fighter Brinkley conducting a search for any possible victims. Shortly after starting the search the floor collapsed, plummeting both of them into a fire engulfed basement. A wall separated the crew members, leaving Lt. Wolff trapped in a small room and FF Brinkley out in the living area of the basement. A Mayday was called on the radio by Lt. Wolff, and within minutes a flashover ensued bearing down deadly heat on the trapped members below. A fire that started out with fire fighters trying to save someone else's life quickly turned to fire fighters trying to save their own life. With both members badly injured, a rescue mission was started by crew members to locate and rescue their fellow Brother and Sister. FF Brinkley was able to extract herself from the basement after finding windows near the rear of the basement. Crew members conducted frantic and emotion driven searches to locate Lt. Wolff and multiple attempts were made, but due to heavy smoke and deadly heat, they were unable to extinguish the fire and locate Lt. Wolff. The amount of heroism and determination exhibited in these searches was unmeasurable, however tragically after every possible effort was made, Lieutenant Arnie Wolff would be lost. The fire department is a family, and the loss of our brother was tragic and eye-opening. His Line of Duty Death has taught us multiple lessons, and our department has grown and created safer working conditions from it. Nothing could have changed the outcome of that day, but his legacy is a constant reminder of the dangers of our job. Today is not a day of sadness, but a day to pay tribute to our Brother who gave the ultimate sacrifice, protecting the citizens of the city that he loved. "Greater love hath no man than to lay down his life for his brother"

Busy Shanty Days weekend planned at the fire station. After the parade on Saturday stop at the station for an open house and awesome polka bands!! Then on Sunday morning stop in for a great breakfast of pancakes and porkies prepared by the firefighters!!! Hope to see you there!!

From all of us at Luxemburg Rescue

The Luxemburg Fire Department and Luxemburg Rescue would like to thank everyone for their recent support and contributions to our recent hamburger/brat fry fundraiser.
Preliminary numbers show us with a 30% increase in sales over the previous year.
With your support, we are able to purchase necessary equipment to assist us in keeping our community safe.
From all the members of Luxemburg Fire Department and Luxemburg Rescue, Thank You Very Much!!!

The Luxemburg Fire Department and Luxemburg Rescue would like to thank everyone for their recent support and contributions to our recent hamburger/brat fry fundraiser.
Preliminary numbers show us with a 30% increase in sales over the previous year.
With your support, we are able to purchase necessary equipment to assist us in keeping our community safe.
From all the members of Luxemburg Fire Department and Luxemburg Rescue, Thank You Very Much!!!

Be the first to know and let us send you an email when Luxemburg Rescue Squad posts news and promotions. Your email address will not be used for any other purpose, and you can unsubscribe at any time.

Other Public & Government Services in Luxemburg

Friday, October 4th, 7:00-11:00 Expo Hall at KEWAUNEE COUNTY FAIRGROUNDS! The Cougars will be rockin' a Fund raiser for Luxemburg Fire and Rescue!! Everyone is welcome! Come out and support the people that come to our rescue!! The Cougars Band is a group of 6 musicians and one incredible sound man that likes to play high energy music and have FUN. Fronted by 3 female lead singers, the band specializes in rock and roll, and popular songs with lots of harmonies. Come see us. You'll have a good time. Merrrooowwww!!!!!!!!!
Hello to the guys on the Luxemburg Rescue Squad. I would like to take this moment and thank you for the great treatment last Friday May 19th at the Luxemburg Speedway when I fell out of the back of my truck and dislocated my shoulder. Keep up the grwat work and also next time find a little bit smoother riad towards the end of tge trip to Bay Care. LOL