STAFF PICK OF THE WEEK: The Secret Life of Groceries by Benjamin Lorr

The American supermarket is an everyday miracle. But what does it take
to run one? Learn the inner workings of product delivery and distribution.

Browse a vast variety of audiobooks with Hoopla. You can find the link under the resource page of our website and start listening today!

STAFF PICK OF THE WEEK: Managing Oneself by Peter F. Drucker

Success in the knowledge economy comes to those who know themselves – their
strengths, their values, and how they best perform. Be amazed at how practical and simple Drucker explains these concepts in 45 minutes.

Today, we take a mom-ent to celebrate our amazing moms. Happy Mother's Day!

Joe Coulombe founded what would become Trader Joe’s in the late 1960 and helped shape it into the beloved, quirky food chain it is today. In his book, Joe lays down a blueprint for other business owners to follow to build their own unique shopping experience that customers love, and a work environment that employees love being a part of.

Stop by to check out our new Binge Boxes! Each box has a collection of DVDs so you can watch multiple movies with just one borrow.

STAFF PICK OF THE WEEK: Empire of Pain by Patrick Radden Keefe
The history of the Sackler dynasty is rife with drama – baroque personal lives; bitter
disputes over estates; fistfights in boardrooms; glittering art collections; Machiavellian courtroom maneuvers; and the calculated use of money to burnish reputations and crush the less powerful.

Ebsco has dozens of reliable peer-reviewed articles and other academic resources, including citation assistance, to help get you through this final stretch of the school year. You can access the database on our resources page.

Today we celebrate World Book Night! It's a night that is meant to celebrate books and reading. We encourage everyone to grab a good book and make time to read tonight.

Amos McGee, a friendly zookeeper, is very considerate and always on time. But after a late night planning a surprise for all his friends, Amos is tired. So tired that he falls asleep during breakfast and misses his bus to the zoo!

Check out the SWAN Library App! It allows users to place holds, view their account, and browse the online catalog all from their phone.

Wishing a Happy Easter to all of our patrons!

What have you been reading lately?

Check out the list of current attractions that you can reserve free and/or discounted admission/parking to using our Explore Illinois resource:

This list was last updated on April 5, 2022. The list of participating and attractions and their offers are subject to change. Not all attractions will be available to all libraries. Please log into Explore More Illinois to see the most current offerings.

A big thank you to Culver's and Abraham Lincoln by Kevin Wood for such a fun event yesterday. We had a great time learning more about Abraham Lincoln and asking him questions while enjoying some delicious custard.

Happy Library Worker's Day! A big thank you to our amazing staff!

Join us this Thursday, April 7th from 3 - 4 PM at Culver's in Lyons as we welcome Abe Lincoln. He will be joining us to take pictures, shake hands, and recognize the importance of libraries. We hope to see you there!

This week we're celebrating National Library Week! The theme this year is "Connect With Your Library." The library connects its patrons to technology, books, and the community around them. This theme is an explicit call to action—an invitation for communities to join, visit, or advocate for their local libraries.

April is National Poetry Month. Who is your favorite poet?

STAFF PICK OF THE WEEK (JUVENILE BOOK): The Creepy Case Files of Margo Maloo: The Tangled Web by Drew Weing

In the third volume of this middle-grade series, Drew Weing delivers a fresh and funny take on the age-old battle between kids and closet-dwelling monsters.

Need a reason to pick up a good book? Check out these 8 Science-Backed Reasons to Read a (Real) Book:

There's nothing like the smell of old books or the crack of a new one's spine. (Plus, you'll never run low on battery.) As it turns out, diving into a page-turner can also offer benefits toward your health and happiness. Although more and more people own e-books, it seems safe to say that real books...

Picking up where AFTERSHOCK left off, FAKE MONEY reveals how the COVID-19 pandemic and the government's response of massive money printing and borrowing is providing investors with a once in a lifetime opportunity to build wealth in the near term.

We've got over a dozen resources that patrons can access with their library card. There are streaming services, museum passes, study aids, e-books, and much more. Check out all of the options with the link below:

Wishing everyone a day full of luck and fun. Happy St. Patrick's Day!

A young boy’s favorite place in the world is the old, splintery neighborhood dock. At this dock the boy can swim, fish, or watch minnows dart between the rocks. But a hurricane is coming…and its violent winds and rain carry with it anything that can float.

We hope you have an infinitely wonderful day. Happy Pi Day!

Clocks move forward one hour tonight as we spring forward!

STAFF PICK OF THE WEEK: Help by Arlene Alvarez

Financial health is vital to creating the life you truly desire, and the magic begins once you decide to collaborate with the right financial advisor. This book invites you to invest a few minutes of your time that can potentially change your life.

Casimir Pulaski Day is an Illinois holiday officially observed on the first Monday of March in memory of Casimir Pulaski, March 6, 1745 - October 11, 1779. Pulaski was a revolutionary war cavalry officer, appointed by George Washington, who was originally born and raised in Poland. He is praised for his contributions to the United States Military in the American Revolution and known as “the father of the American Cavalry”. Casimir Pulaski is one of only eight people to be granted Honorary United States Citizenship.

Pulaski Road in Chicago and Pulaski Avenue in Lyons and McCook are named after Casimir Pulaski who died in battle fighting for America’s independence.

Today is National Employee Appreciation Day! A big thank you to our amazing staff who works hard everyday. We love what we do!

Girls of Paper and Fire meets The Tiger at Midnight in June CL Tan’s stunning debut, inspired by Chinese mythology, with rich magic and an epic slow-burn romance.

This week is Read Across America Week! This year's theme is "celebrating a nation of diverse readers." We encourage everyone to participate by picking up a new book this week.

STAFF PICK OF THE WEEK: Money Magic by Laurence Kotlikoff

This book harnesses the power of economics and advanced computation to deliver a host of spellbinding but simple money magic tricks that will transform your financial future.

Be the first to know and let us send you an email when Village of Lyons Library posts news and promotions. Your email address will not be used for any other purpose, and you can unsubscribe at any time.

Send a message to Village of Lyons Library: 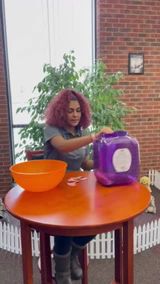 The Night Before Christmas

hoopla is FREE with Library Card

Welcome to the Lyons Library 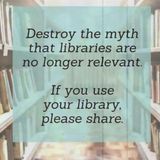 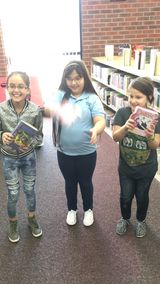 Fun in the Lyons Library 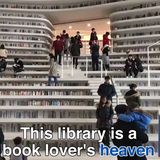 The mission of the Lyons Public Library is to open the door to lifelong learning, promote the advancement of knowledge for a strong community, and provide cultural and recreational activities.

Other Government Organizations in Lyons

Mr. Lincoln had a great time celebrating #NationalLibraryWeek at an event sponsored by the Village of Lyons Library and held at Culver's.
It’s turning out to be a beautiful day to head out and enjoy the Ionia County Talking is Teaching Spring Scavenger Hunt! There are only a few weeks left to enjoy this awesome event and earn great prizes! ☀️ Stop into your local library between now and May 27th to pick up a free scavenger hunt sheet, and be sure to stop by some of the awesome participating businesses along your way! Alvah N. Belding Library • Saranac Clarksville District Library • Ionia Community Library • Lake Odessa Community Library • Village of Lyons Library • Portland District Library
La Comisión de Salud Fronteriza MX - EU en colaboración con Alivio para la comunidad, con la unidad móvil de Chicago, están brindando servicios de información sobre #Covid19 en Village of Lyons Library. ¡Pasa a visitarlos!
Thank you for the craft kit!!! The boys enjoyed making piñatas.
📚 Attention book lovers! Some libraries in the District will be open to the public, here are a few: - - - - 📚 ¡Atención amantes de los libros! Algunas bibliotecas del Distrito estarán abiertas al público, aquí hay algunas: Stickney-Forest View Public Library District Hours: Monday-Thursday, 9 a.m.-7 p.m. Friday-Saturday 9 a.m.-5p.m. Monday-Thursday 9-10am (seniors & high-risk visitors only) (708) 749-1050 Riverside Public Library Hours: Monday, Wednesday, Friday, 10 a.m.- 4 p.m. Tuesday, Thursday, 10 a.m. -7 p.m. Saturday, 10 a.m.- 1 p.m. The first hour is reserved for seniors and at-risk visitors (708) 442-6366 Village of Lyons Library Open by appointment only Monday - Friday from 9 a.m.- 2 p.m. To make an appointment please call (708) 447-3577.
My son’s Oscar piñata! It was a fun activity to do. Thank you librarians for having activities for our children.
When will the library reopen?
I am able to drop off overdue books at the library?
Any word on when the library will open?
HELLO ? FERRARI , Mi### &AND& MATCH
3 favorite books... 1. Diary of a wimpy kid 2. Scaredy the squirrel 3.Pete the Cat- I love my white shoes Jose Aguilar
This is how we like to spend family time! Taking a walk with our metal detector #quarantine2020