This is a family friendly site. Remember, OPSEC does matter. Please do not post any locations or t 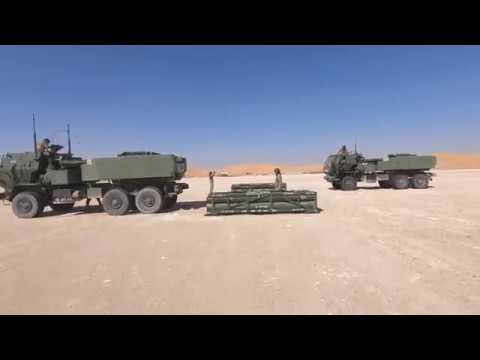 This video compiles months of footage from the 1-121 FA's many areas of operation. These soldiers worked in efforts of Operation Enduring Freedom (Spartan Sh...

It is now official, all Soldiers of the 1st Battalion (HIMARS) 121st Field Artillery are safely on the ground on U.S. soil as the last handful arrived today.

We all look forward to our next flight home.

The 1st Battalion (HIMARS) 121st Field Artillery wishes the happiest of Mothers Day to all the mother’s of the 1-121 FA. You have been the strength to many of our soldiers at a time the Battalion has been deployed. The wife’s have held the homes together in our absence while the soldiers that are mothers sacrificed time away from their children for this great organization and country.

We look forward to seeing you all soon.

Soldiers were greeted by volunteers on our first stop in the US on the way back home. We all got time to speak with some of the great volunteers, many of which are veterans themselves.

Wisconsin Army Guard artillery battalion back in US

Wisconsin Army Guard artillery battalion back in US

Thanks to all of our artist that made impact through the camp. They worked are to leave our Battalion’s mark.

Thanks to the USO for a great send-off. Such a great team of volunteers that were consistently there for the troops, dedicating their personal time to make our experiences that much better.

Soldiers of the 1st Battalion (HIMARS) 121st Field Artillery Regiment enjoyed a Hail and Farewell from our local USO prior to our departure from theater.
One of the volunteers brought a little friend, an honorary member of the Battalion.

Hail and Farewell with one of our partner nations. Saying our goodbyes prior to the Battalion leaving theater.

Nearly 100 soldiers from Utah Army National Guard’s Echo Battery, 1st Battalion, 145th Field Artillery returned home from a 10-month deployment in the Middle East on Tuesday greeted by their friends and family at Wright Air Base in Salt Lake City.

On the 4th of April CSM Phelps from the 18th Field Artillery Brigade invited Platoon Sergeants and above to participate in a morning of physical training or PT. At 0600 enlisted personnel on Camp Redleg met for a competition of which contained a vigorous five minute session of exercise with one minute to complete a task and transfer to the next event. Each group consisted of five soldiers, one barbell with two 45 pound plates, and one 15-25 pound medicine ball. Throughout this workout, nothing was able to touch the ground. However, there was a special twist! Any group members that were currently sporting a mustache had to carry an extra ten pounds on behalf of their team.
The grouping combined senior leaders from each of our batteries working here, to include
our security team as well as brigade. The purpose of these groups were to promote cohesion between our batteries and companies. These partnerships were challenged by events such as push-up sand bag drags, dead lift, pull-up, bench press, box jumps, and dips. The team with the highest number of repetitions claimed the title. The number one team included SFC Gregorek, SFC Medina(Bravo 1-121), SFC TenCate(108th FSC), SFC Wenzel(108th FSC), and SFC Patel (A 104th Engineer).

Recent graduates of Basic Leader Course (BLC) pose for a group photo at Camp Buehring, Kuwait on 29 Jan 2019. BLC is the first step in the Noncommissioned Officer Professional Development System (NCOPDS) and focuses on six major categories to include: readiness, leadership, training management, communications, operations, and program management. Graduation of this 22 day course showcases the professional development of these Soldiers.

Great job by SPC West painting the Battalion wall. It will be in place for years to come.

Recent graduates of Basic Leader Course (BLC) pose for a group photo at Camp Buehring, Kuwait on 11 Jan 2019. BLC is the first step in the Noncommissioned Officer Professional Development System (NCOPDS) and focuses on six major categories to include: readiness, leadership, training management, communications, operations, and program management. Graduation of this 22 day course showcases the professional development of these Soldiers.

Be the first to know and let us send you an email when 1st BN 121st FA (HIMARS) posts news and promotions. Your email address will not be used for any other purpose, and you can unsubscribe at any time. 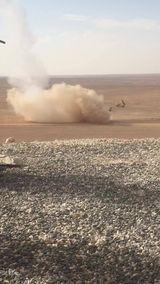 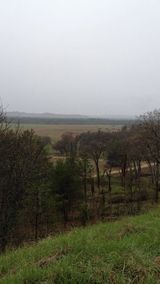 The HIMARS is a light, multiple rocket launcher developed in the late 1990s for the Army that is mounted on a standard Army M1140 truck frame. It is one of the multitude of U.S. Army weapons systems that can be utilized at Fort McCoy.

U.S. Army Materiel Command
Soldiers of the Wisconsin National Guard's 1st BN 121st FA (HIMARS), headquartered in Milwaukee, Wisconsin, conducts certification training firing into Camp Ripley's Leech Impact Area June 21, 2021. Mobilizing and firing the M142 High Mobility Rocket System (HIMARS) during some nice weather in Minnesota.
Charlie 1st BN 121st FA (HIMARS), Camp Navistar, Kuwait 2007
Photo Courtesy of Philip Betzhold
'In country only a week before we lost Stephen Castner. Charlie Company 1-121st FA retrained to do convoy security based in Kuwait leading all convoys into Iraq. We were the the only unit to travel the entire country of Iraq on our es**rt missions. I, Sgt. Philip Betzhold ran a squad of 9 of over 100,000 miles throughout Iraq. This barrier was the least we could do in rememberence of who we lost and what we did.'
https://www.warmurals.com/twallsubmissions
3rd Battalion, 27th Field Artillery Regiment (HIMARS) and 1st BN 121st FA (HIMARS) conducted a transfer of authority ceremony 1 May, 2019. Lt. Col. Paul Gapinski and Command Sgt. Maj. Jason Grundel cased the 1-121 colors representing the completion of their deployment. Lt. Col. Jeremy Linney and Command Sgt. Maj. Demetrius Johnson uncased the 3-27 colors, beginning their deployment to the CENTCOM area of responsibility in support of Operation Spartan Shield, Operation Inherent Resolve, and Operation Freedom's Sentinel.
https://m.facebook.com/story.php?story_fbid=384757742063969&id=45083850002
x

Other Government Organizations in Milwaukee (show all)