We will never forget our fallen officer, may he continue to rest easy.

Thank you everyone who came out to support us! Even our Sgt Gloria came to visit us. Thank you to the officers that stayed with us through the event ! Thank you to Cermak for letting us be there it was much appreciated. Thank you Auxiliaries that helped out on this cold rainy day.

Please join Officers from District 2 along with The Salvation Army USA Chaplains at Cermak this Friday at 4:00 PM. Let's try and raise as much money we can as we challenge other Districts in a friendly competition. Did you know all money raised stays in your community and help people all year long? So please come visit us and help the ones in need. #mkepd #mkepddistrict2 #MKECommunity #RescueChristmas #givingback #salvationarmy

What a great story! We like to give a huge shout out to one of our District Two Police Explorers, Krystal Suarez. Krystal has overcome some challenges in life. Thanks to City Champs Foundation, she is making a positive impact on other teens in the community by being a role model and showing them that if you work hard you can achieve any goals in life. Keep up the great work Krystal! 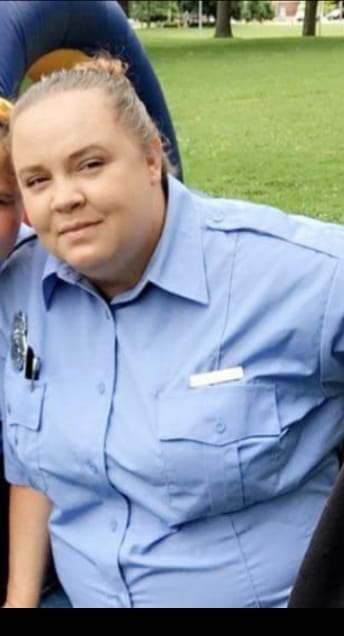 This Auxiliary turns the BIG 40 today let's wish her the Best birthday she could have! Happy 40th Jennifer!

We want to wish one of our great Auxiliary Officers a Happy Birthday! Thank you Lucy for all you do for our community. Hope you have a great birthday! 🎂

Recently, the Milwaukee Police Academy hosted the annual Law Enforcement Explorer/Cadet Challenge. This is an annual opportunity for police explorers and cadets from around the state and Illinois border to come together and compete in a number of law enforcement skills challenges. The Police Law Enforcement Explorer/Cadet Program, is a career-oriented program that gives youth and young adults, generally 14 to 21 years old, an opportunity to explore a career in law enforcement by volunteering with local peace officers.

During this competition, the Explorers were tested on a number of tasks including how to approach a vehicle during a traffic stop, the successful completion of an obstacle course and much more. MPD would like to give a special thank you to the more than 150 youth from 15 different law enforcement agencies who attended.

On Monday District 2 had the pleasure of recognizing and thanking our hard working Auxiliary Officers for what they do through out the year to help out the Milwaukee Police Department. These fine young men and women volunteer their time to help out MPD and the community at major events. Thank you again for your hard work and dedication. Come check us out here at the Greater Milwuakee Auto Show! We’ll be here til 10:00 PM.

Here are some pictures from the Polar Plunge on that cold day supporting a good cause!

Some pictures from our brothers funeral. :( 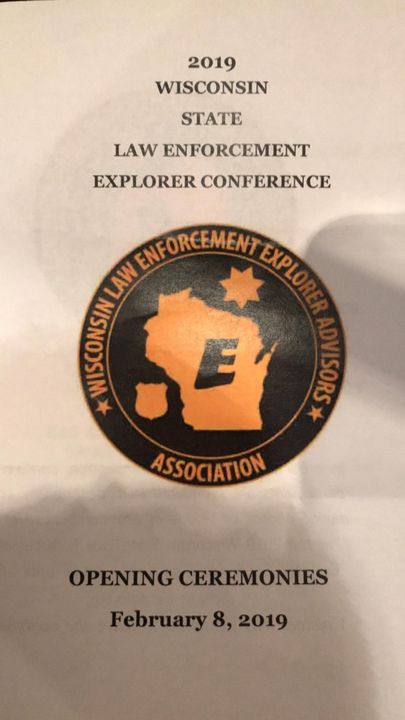 District Two Explorers had the opportunity today to learn what it takes to become a Crime Scene Technician. #PoliceExplorers #OurYouth #OurFuture #HandsOn #MilwaukeePolice

One of our Auxiliaries is now a MPD officer! We are so proud of her. Congratulations Carissa Sanchez!

Happy holiday greetings from all of us

We like to wish Auxiliary Officer Stacy Hoeft a Happy Birthday!!! 🎂. Hope you have a wonderful day! 😬

Rest In Peace Brother. The Auxiliaries from District Two will always remember.

Born with a soul that has Courage to wear the Badge, Ofc. Davis had been Saving, Serving, and Protecting the People as a Volunteer Washington Park Police Department Auxiliary Police Officer. Washington Park PD is a very small agency and rely on citizens to assist. Auxiliary officers are civilian volunteers trained to assist the police force. As a volunteer, Ofc. Davis did not get paid to do this job.

Brother Ricardo was set to begin academy training to become a full police officer for Washington Park in two weeks.

Courageous and Compassionate, Fearless and Fair, this Brave and Benevolent Son, Father, and Brother of Blue simply wanted to make a difference in his small corner of the world. May we take a part of Brother Ricardo's legacy with us when we enter our daily arenas as we continue to create our own. May we vow to continue with the same Honor, Integrity, and Bravery as this True Blue Hero served.

May we always remember how Auxiliary Police Officer Ricardo Davis lived as only a Hero could.

May we never forget how he gave his life while trying to keep the People safe ...

On Saturday, October 27, 2018, 1700hours(local), a Washington Park officer tried to conduct a traffic stop in East St. Louis on a vehicle occupied 2x, but the driver made a choice and drove off. A chase was on as multiple Officers joined in.

The pursuit went westbound on Interstate 64. The suspect driver side-swiped several vehicles before crashing on the Poplar Street Bridge. The suspects, both age 19, then fled on foot with several Officers on their heels.

Officer Davis did not realize there was a fifty foot drop.

There was no struggle with any suspect before the fall - He was simply in pursuit mode.

Officer Davis was transported to the St. Louis Hospital in critical condition.

Both suspects were captured shortly after and arrested. Illinois State Police are continuing to investigate the incident.

Sadly, and with very heavy hearts, this proved to be our Brother's final battle ...

Auxiliary Police Officer Ricardo Davis succumbed to multiple broken bones and internal injuries and was pronounced a short time after arrival at hospital.

Illinois State Trooper Calvin Dye Jr. adds: "There's no such thing as routine in police work. A lot of people in society feel at times our job is routine. It's never routine. You could be getting a cup of coffee or pumping gas, and right when you get back into your vehicle you may get a call or stop a car that just robbed a bank. It can be drastic measures at times, and you always have to be prepared."

Washington Park Mayor Rickie Thomas adds: "Officer Davis was a very respectful young man. It’s a big loss to the community and sad it had to end this way. He did what he thought he had to do to protect the community. My heart goes out to the family and the community."

Our heartfelt thoughts and prayers go out to the entire extended Davis families, the Men and Women of the Washington Park PD and Illinois State Police, to all first-responders who came running to assist, to the staff at St. Louis Hospital, and to all whom have had the pleasure and the privilege of knowing and working along side this True Blue Hero.

Rest In Peace Auxiliary Police Officer Ricardo Davis ... We Have The Watch From Here. SALUTE!

We will update services once finalized

2 suspects, both age 19, in custody. Drugs and guns were found in the suspects' vehicle. UPDATE 10/30: The two suspects, both age 19, have been formally charged with involuntary manslaughter and aggravated use of a weapon. One is also charged with aggravated fleeing and eluding a police officer. Our prayers continue for our Brother and his family, both of blood and of Blue.

Ofc. Davis is the 105th Law Enforcement Line Of Duty death this year, 2018. (not including those whom have died In The Line Of Duty from 9/11 cancer this year, which stands at 73 thus far this year alone).

We are beyond proud of the MPD Police Explorers as they competed all day. They started off Laser tag, MILO, Disturbances call, Traffic stop and ended with the obstacle course. Out of over 25 Explorer Post from all around Wisconsin and even Illinois, the Explorers walked away with 3 trophies! Great job.

Thank you D2 Auxiliaries for coming to tonight’s meeting. Please look over the event sign up sheets and get back to Officer Acevedo when possible.

Say Happy Birthday to this man if you should see him today!

Attached are the flyers for the Crime & Safety meeting that's scheduled for Wednesday, March 21st at 6:00 PM. We will discuss crime trends, accomplishments and provide resources. Our March guest speaker will be Sheriff Schmidt. Please help us by sharing this information. If you have any questions, you may contact the Community Liasion Officers at 935-7228. We hope to see you there.

Come on down to the Greater Milwaukee Auto Show. It’s the last day. You’ll be able to check out all the great cars and our brand new MPD squad. We will be here until 5:00 PM.

Today we recognized our great Auxiliaries from District Two. Thank you for all your hard work and dedication. Captain Ramirez, Officer Acevedo and Sergeant Martin all appreciated it. Let’s make 2018 a great year!

Be the first to know and let us send you an email when District Two Auxiliary & Public Safety Cadet Program posts news and promotions. Your email address will not be used for any other purpose, and you can unsubscribe at any time.

Bilal Markis, the Founder of Miracle Comeback Clothing line (MCL) contacted Hispanic News Network U.S.A. (HNNUSA) thanking HNNUSA for featuring the story of his son with our Latino and surrounding communities, confirming that the article has been shared in 30 countries. We at HNNUSA are overwhelmed by Malkis acknowledgement and his success to continue inspiring others and sharing our featured article published in 2010. Article link: https://bit.ly/2LtQJBp
Legal issues raised about alleged prank, after an unidentified cop photo appears in a private FB account to let the cell owner know that he got her cellphone and she can pick it up at the 2nd Milwaukee Police District Station. #MilwaukeePolice Source: Hispanic News Network U.S.A.
Milwaukee Police Department District 2 Annual Open House Draws More Than 560 Visitors
#SouthSideMKENationalNightOut https://bit.ly/2nic0ii
Se reporta un total de $12,346 dolares de recaudación de fondos el sábado en la Taquiza, S. 16 y W. National Ave. en Milwaukee, WI para los afectados del terremoto en México y el huracán María en Puerto Rico, según Conciertos Usa en Twitter. On Saturday, the Taco sale at S. 16 Street and W. National Ave. in Milwaukee, WI generated $12,346 dollars in fundraising for victims affected by Mexico's earthquake and Puerto Rico's Maria hurricane, according to Conciertos Usa in Twitter. The taco sale continues on Sunday. (Source: Hispanic News Network U.S.A.)
75-year-old Melvin Hastings Picks Up Litter While The Neighborhood Sleeps
Captain Alexander "Alex" Ramirez Assigned To Milwaukee Police District 2
Please hel find the thief. A silver car pulled up in front of our home and a young man exited the passenger door and came onto our porch and grabbed a package from our mail box. Our camera recorded the incident. It happened July 20th, 2017 at 1:53 p.m. He was passenger in a light colored auto. The incident will be reported to the police.