This is the official page for Helicopter Sea Combat Squadron (HSC)-26, the largest Navy exp Welcome to the HSC-26 page sponsored by the HSC-26 Public Affairs Officer Assistant.

This page is intended to provide updated information and discussion on the HSC-26. Please visit our official homepage at http://www.hsc26.navy.mil/

While this is an open forum, it's also a family friendly one, so please keep your comments and wall posts clean. In addition to keeping it family friendly, we ask that you follow our posting guidelines here. Comments and posts that do not follow these

This page is intended to provide updated information and discussion on the HSC-26. Please visit our official homepage at http://www.hsc26.navy.mil/

While this is an open forum, it's also a family friendly one, so please keep your comments and wall posts clean. In addition to keeping it family friendly, we ask that you follow our posting guidelines here. Comments and posts that do not follow these

After 22 years of dedicated Naval service, today we bid farewell to AM1 Jeanbaptiste. Congratulations for a career well spent in defense of our great nation, and we wish you the best of luck as a civilian.

Shipmate, you stand relieved... we have the watch.

Long deployments are tough on the sailors overseas and the friends and family stateside. We took advantage of the opportunity to welcome home the Det 4 "Yetis" with open arms as they returned from seven months at sea. Bravo Zulu for a job well done, Yetis, and welcome back!

As we celebrate a new year to add in the Navy's history, we also celebrate one of our own. Today was the LFF (Last Flight Flown) for LCDR Kyle "Groucho" Corry. He will be headed out to San Diego to be an instructor at HSC-3, the Fleet Replacement Squadron on the west coast. There he will train new pilots in the MH-60S as their last stop before hitting the fleet. Good luck on your next tour sir!

A little sneak peak of the Chargers at our MUTC detachment. Thankful for the hard work our men and women do for our country every day.

Congratulations to our latest hard chargers who meritoriously advanced this September!

Congratulations to our DET 1 Deserthawk personnel and their well deserved awards!

The HSC-26 CHARGERS continue the relief effort in Haiti working with the U.S. Agency for International Development (USAID) to deliver food, water, and other essential supplies to those in need.
#HelpingHaiti

In wake of the disastrous earthquake in Haiti, the HSC-26 CHARGERS answered the call for help within 72hrs and embarked on board the USS Arlington (LPD 24). The Arlington sailed south for Haiti where the CHARGERS are conducting humanitarian assistance and disaster relief (HADR) efforts.
#HelpingHaiti

We got to celebrate some of our Hard Chargers with a Frocking and some well-deserved awards! Congratulations Chargers!

Happy 4th of July from HSC-26! A special thank you to all of our Chargers deployed overseas!

Sometimes you just need to take a weekend trip to the mountains. The CHARGERS did just that, going to Charleston, WV to participate in SAR/Emergency services training with local first responders. The CHARGERS got to practice swift water rescues by pulling "Randy" the test dummy to safety from strong Kanawha River currents. Lucky for Randy, our team is great at what they do. Thanks to the CHARGER rescue swimmers, Randy sustained no injuries and is doing just fine. No patriots, human or otherwise, were harmed in the SAR training, but all got to enjoy some great sights!

Congratulations to our Chargers and their well deserved awards!

The HSC-26 Chargers want to thank CMC Ralston for all his hard work leading our sailors and being an invaluable resource to squadron personnel. We wish you the best of luck in your future endeavors and thank you for all your hard work while being part of the Charger family!

Congratulations to our Chargers on their awards!

Good Evening Charger Family! Tomorrow 10:55 am EST, our Change of Command live stream will begin so be sure to tune in to see CDR Severson relieve CDR Foster. As long as you follow this page, you will be able to view it!

Be the first to know and let us send you an email when HSC-26 posts news and promotions. Your email address will not be used for any other purpose, and you can unsubscribe at any time. 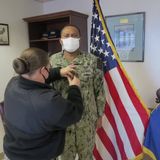 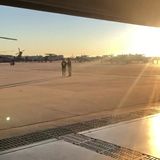 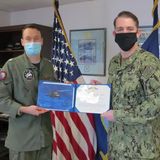 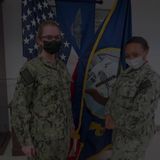 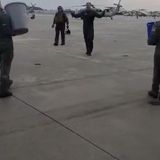 Congratulations on a great tour, Clifford! Thanks for all your hard work. Good luck in Florida! #flynavy #chargers #LFF 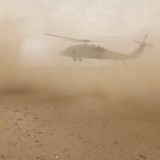 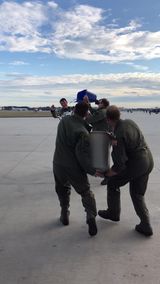 Congratulations LT Grondin, and thank you for a great tour! Keep crushing it in Florida.

Happy to have the LCDR Freda’s kids in the hangar to soak their Dad!

From your DET 3 "Strikers" wishing you a very happy Mother's Day! Video by AWS2 Narvaez

Other Government Organizations in Norfolk

To all my Brothers and Sisters who raised their right hand to defend this country, today is your day! ARMED FORCES DAY! While you may be in your home, your sacrifices are never forgotten. You have chosen to forgo money to defend freedom. You have chosen to take another road for the better of mankind. Thank you
we have been invaded by the same weapons that affected US diplomats in 2016. These weapons with the help of China are able to send wireless signals into the brain and have the brain perceive them as thoughts. many steps involved in deployment of this weapon including a gas to keep the particles inert while they are fused together to form an artificial neural path. see Lloyd Trapezoid page Twitter, daviduk16 Tumblr, davestilman8 instagram, Ezekiel emails at malstrom Air Force base, Last Living Neanderthal Flickr reverbnation, 9176034089 for briefing.
Any Desert Hawks currently in the Kingdom that want to get together soon? I'm trying to get the Aircrew shop from HSC-5 together with yours while we are there! PM me if interested!
Happy Veterans Day to HSC 26! Thank you for your selfless acts of courage defending freedom.
Congratulations to AMCM Samuels for being selected to Master Chief under the Advancement-to-Position Program!!
Hello, this is Airman Alvizo. I was hoping to get in contact with someone about requesting a sponsor. My graduation date is scheduled for November 28th and I am to report to the command no later than December 24th. Message me when you get the chance.
They came from all walks of life. Rich, poor, city dwellers, country folks, men, woman, highly educated, high school dropouts, employed, unemployed, and the list goes on. They gave everything they had for a cause. That cause Freedom. They saw the oppressed and answered the call. They disregarded the concerns of their loved ones over the concerns of the oppressed. They lied about their age to be given the opportunity to serve. Nothing would step in their path to serve the country that they love. In a few short days we once again will celebrate the brave who ran towards the action and not away from the unknown. We will celebrate their Heroism and sacrifice of the comforts of home. Thank you to the men and women who unselfishly gave up their comforts of home to serve mankind in the quest of PEACE.
And another Prior Charger getting his Anchors. Congrats Rafael Hughes Battalla
Look at this prior Charger getting his Anchors. Congrats Nelson Ramos!!!
Group photo of former HC-6 Chargers.
Former HC-6 CO CDR Carl Matyas USN ret. chats with former HC-6 shipmates.
Former CO of HC-6 CAPT Ken Inglesby USN ret. address the squadron.