Willoughby lodge number 302 F&AM. Stated meetings are the first Tuesday of the month at the Painesville Masonic Temple located in Painesville Ohio. 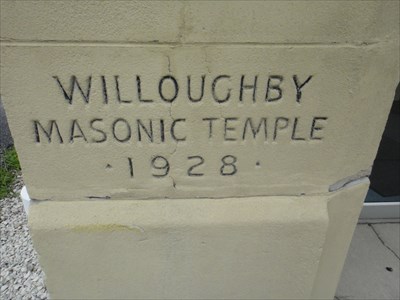 It's now easier to send Willoughby Lodge 302 F&AM a message.

It's now easier to send Willoughby Lodge 302 F&AM a message.

Have you ever considered joining a masonic lodge? Curious about how we accomplish the goal of making good men better? Just send us a message and we will be happy to answer any questions or even help you begin your journey.

Have you ever considered joining a masonic lodge? Curious about how we accomplish the goal of making good men better? Just send us a message and we will be happy to answer any questions or even help you begin your journey.

Come join us for our first in person lodge meeting of 2021. Masks and social distancing are still in place and we look forward to see you our brothers at 7:30 PM. 

We will be having a virtual installation on 11/24/2020 at 7:30 pm via Zoom. If you would like to attend please send an email to [email protected]

Due to the Grand Masters edict we will not be holding our officer installation on 11/24/2020. Once we are able to hold an in-person installation we will post it here.

We have a candidate who will be receiving his first degree this Tuesday, October 20, 2020 at 7:30pm. Call a brother you have seen in a while and please come to lodge. Bring a mask or we will have them at the door. 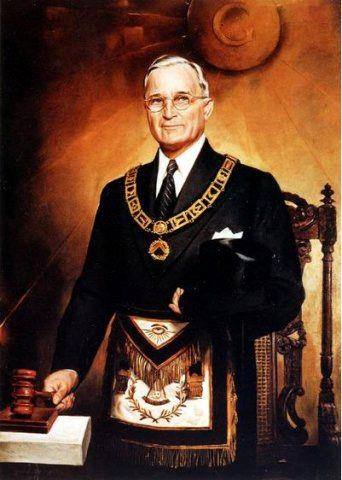 Not only did President Harry. S Truman serve as Grand Master of Missouri from 1940-1941, but he is also the only President to reach a fifty-year anniversary in Freemasonry; an award he received on May 18th, 1959. Between launching the Marshall Plan, leading the Cold War through the Truman Doctrine and NATO, and intervening in the Korean War, he lived his life dedicated to the craft. Read our latest blog to learn more about MWB Truman’s illustrious life:

DGM Dickerscheid has cancelled the in-person roll-outs due to current health guidelines.

The Role of Freemasons in Founding the United States

It’s on practically every U.S. dollar bill in circulation – a great eye, much like the eye of author J.R.R. Tolkien’s dark Lord Sauron, sitting atop the

An update from the Grand Master.

The Grand Master has issued a new edict to continue the suspension of in-person Masonic activities in keeping with the Stay Safe Ohio public health order. The dispensation on virtual meetings continues in force.

Stimulus Checks: Who Is Eligible and How Much Will They Be?

For those of you on SSI

The Senate came to an agreement on a stimulus bill due to the coronavirus outbreak. Most Americans will get a stimulus check, but for how much?

Cash Money in the Masonic Blue Lodge - How much does a Brother Freemason need to bring?

Cash Money in the Masonic Blue Lodge - How much does a Brother Freemason need to bring? The Freemasonry Report (freemasonryreport.com) digs into this topic t...

The Grand Master has issued a new COVID-19 message suspending meetings and events until May 10, 2020.

Should You Carry A Gun Into Your Blue Lodge?

Should You Carry A Gun Into Your Blue Lodge? So many Freemasons have an opinion on this topic, the Freemasonry Report decided to do some research and then we...

Carver Financial Services, Inc. will be hosting noted speaker Don Connelly on March 12 for a public event which will discuss current concerns regarding the Coronavirus and its potential impact

A huge thank you and congratulations to all of the officers and brethren that were a part of today’s inspection. Each of you did an outstanding job and put on an amazing degree!

4 Lodge Events to Bring Your Brothers Closer This Year | Freemasonry

4 Lodge Events to Bring Your Brothers Closer This Year With the start of 2020 behind us, we have a whole year of events ahead of us that are sure to unite the Ohio Freemason community. But how can you bring your lodge closer together in between Special Olympics events and Annual Communication? We’...

I would like to take this time to thank the brethren of this wonderful lodge for electing me as master. Tonight’s installation went great thanks to the fantastic installation team. I promise all of you that this will be a fantastic year. I look forward to working with all of the elected and appointed officers and all the brethren this year. Together, we will achieve great things! Thank you all! 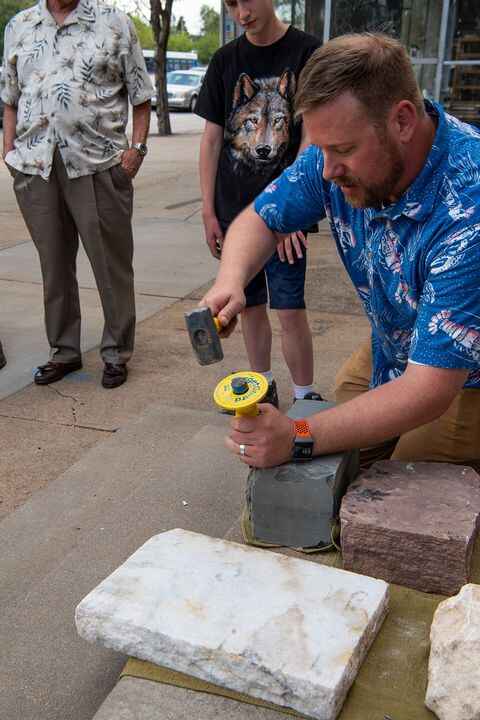 I thought this was a great thing to share.

WM held a demonstration of squaring stones in front of lodge.

Thank you to everyone that came out to our first annual golf outing last week. The weather was perfect, the course was great. Details will be posted soon for next years outing. Thank you all again.

Friday July 26, 2019 at Powderhorn Golf Cuse, Madison, Ohio. Great time and a portion of the proceeds will be donated to a STEM Education Grant! Call WB Fisher at 440-478-8970 and reserve your foursome today!

It will be a great time for all. Please spread the word.

Not just a man. A MASON. 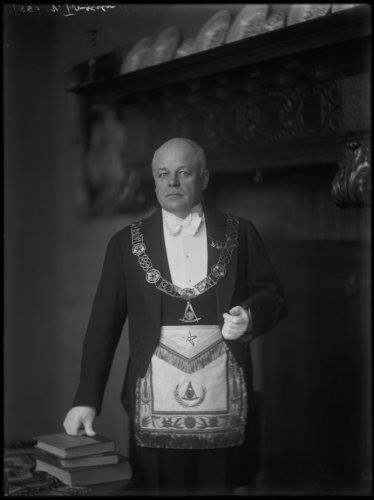 An interesting piece of history

Did you know Masons used coffee to fight the N***s?

Here at Busy Brew Coffee, we honor the memory of Hermanus Van Tongeren. He was the Grand Master of Masons in the Netherlands when N**i Germany invaded and suppressed the fraternity. Brother Tongeren managed to keep freemasonry alive by having it meet under the guise of "coffee clubs" in plain sight of the N**i commanders. Eventually, the coffee clubs were found out and Van Tongeren was ultimately killed in a concentration camp. After his death, Hi**er recognized the opportunity to go in and seize all of the art collections of the Dutch Masonic Lodges as well as their bank accounts but upon attempting to do that, nothing could be found. During the "coffee club" meetings, Van Tongeren had successfully smuggled out or liquidated most of the Dutch Masonic resources and his daughter, Jacoba Van Tongeren, used a great deal of the resulting money to fund Group 2000, a wildly successful resistance campaign that fought via the press as well as direct armament against the N***s for the remainder of the war.

I saw this today and it rings true. Titles and personal boasting mean nothing. Help your brothers. Show up to events. Be there for all.

Tomorrow’s BOOM BOOM POW event is still scheduled to take place at Atwells in Painesville. Reach out to Bob Carlson at 440-364-7432 or email at [email protected] for details and to RSVP. Looking forward to some happy noise!!!

From the members and officers of Willoughby #302 here is wishing you the Merriest Christmas and a healthy new year!

For those of you working this and every holiday, may God protect and return you safely to your loved ones.

Be the first to know and let us send you an email when Willoughby Lodge 302 F&AM posts news and promotions. Your email address will not be used for any other purpose, and you can unsubscribe at any time.

Other Public & Government Services in Painesville

Brethren All! Team-up with MWB Rich Dickerscheid by supporting your Grand Lodge charities in our newest fundraising effort! The Grand Lodge of Ohio teamed up with Puzzlefunds.org for this special offer to raise funds and awareness to the Grand Lodge Charitable Foundation - Veterans and First Responders fund. A custom puzzle showcasing the Lodges of Ohio is available for sale. These 500-piece puzzles (24”Wx18”H) are high-quality, CPSIA compliant with non-toxic inks, and are shipped directly to you. Click the link below to purchase or learn more about this fundraiser! http://puzzlefunds.org/ohiomasonicbodies
Hello Brothers. Sad day at home. My wife’s brother passed yesterday. I want you all to know. Thank you and God Bless
please call tom huemme PM 713-851-4193 death in family of a member of 302 lodge Ben Tidy
A photo of our past: The Willoughby #302 Lodge Room, at the Willoughby Masonic Temple in Willoughby, OH.