Neighbor to Neighbor is a non-profit community organization that is devoted to helping and supporting the community and those who live within it.

Neighbor to Neighbor Community Development Corporation, Inc. is a private, 501©(3) non-profit corporation which depends on the support of individuals, corporations, foundations, businesses, churches, the public sector and community groups to deliver needed services to the community. Contributions are tax-deductible and help us help our neighbors in need.

"Without a Net: The Digital Divide in America" is a documentary that highlights the disparity in technology resources across schools in the nation as a result of inequality in school funding.Air dates Tuesday, Sept. 26 at 10pm.

Applications for Camp Joy Counselors are now being accepted. You must be between the ages of 15 to 17 years to apply. The deadline to submit applications is Sunday, June 4. Applications can be picked up at Neighbor to Neighbor 814 Clifton Avenue, Sharon Hill, PA.

If you have any experience with web design, digital photography, podcasting, app designs or multi-media and enjoy working with youth, consider applying as an instructor for Neighbor to Neighbor’s Summer Camp Program. Send your resume to [email protected] or fax to 610-461-8142.

Applications are now being accepted for Camp Joy and #Camp Joy 2. The is a 5 week Summer Day camp for youth ages 5 to 15 years. Camp begins Monday July 10 and ends Friday August 11, hours are 9am to 3pm. You can register for as many weeks as you like. Cost is $130 for first child and $90 for each additional child in the household. Contac Neighbor to Neighbor at 610-461-814o for more information. 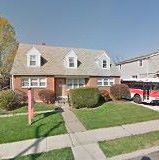 Warehouse Manager Position
Any questions please feel free to give me a call or email me.

We're fighting for the 1.1 million individuals and families in Pennsylvania who have gained health coverage through the Affordable Care Act and the millions more that benefit from critical consumer protections, and we need your help!

PA Senator Pat Toomey has called for a full repeal of the ACA. Since the fate of the ACA will likely be decided in the Senate, it's up to us to tell him we oppose efforts to repeal the ACA and that we need a plan for the 22 million people who will lose their coverage nationwide if repeal goes forward. He needs to hear our stories to understand what's at stake.

Will you join us for a statewide Day of Action on December 15, 2016 to show Senator Toomey we refuse to go backward and that there can be no repeal without a reasonable replacement?

On December 15th-- the last day to sign up to be covered through the marketplace at the start of the new year-- we'll bring together consumers at each of Senator Toomey's offices across the state to tell him our stories and share our concerns.

In the days to come, we must make sure that the 1.1 million individuals and families in Pennsylvania who have gained health insurance coverage in the last 6 years do not lose their coverage and that we defend essential protections such as bans on lifetime limits on coverage and discrimination against those with pre-existing conditions.

But this fight goes much further than that.

Congressional leaders have already indicated that programs such as Medicaid, CHIP, and Medicare that protect children, seniors, and people with disabilities may be phased out, privatized, or defunded under their proposed system. We don’t yet know what they plan to do, but we do know we must protect these lifesaving programs that benefit many millions of Pennsylvanians.

Since 2007, PHAN has led Pennsylvania’s efforts to fight for health insurance coverage and protections, and we aren’t stopping now. Help us show President-Elect Trump and Congress that we refuse to go backward.

We may not know exactly what the President-Elect and Congressional leaders are planning, but now is not the time to sit back and find out. It is time to act. Our health is at stake.

If you are in need of certification in First Aid/CPR, we have a training scheduled for Saturday, October 22, beginning at 9:00am.
The training will be held at First African Baptist Church Annex, 818 Clifton Ave, Sharon Hill, PA 19079.
The total cost for both trainings is $35.00.
If you are interested, please register on or before 5:00pm, Wednesday, October 19.
You ca make reservations by calling 610-461-8140 or email at [email protected]
Limited space is available.

Neighbor to Neighbor Community Development Corporation is a non-profit organization bringing community resources to those that need it.

Hi all. Camp Joy is the best day camp in Delaware County. Come check us out. There's still room.

Neighbor to Neighbor Community Development Corporation is a non-profit organization bringing community resources to those that need it.

Take your GED written or online at Neighbor to Neighbor. Call for more information.

This is the current page for Neighbor to Neighbor. All notifications will be posted on this site.

Neighbor to neighbor is now taking applications for Camp Joy. Take the survey on our website and enter drawing for one free week.

Be the first to know and let us send you an email when Neighbor to Neighbor posts news and promotions. Your email address will not be used for any other purpose, and you can unsubscribe at any time.

Other Public Services in Sharon Hill