The South Holland Police Department patrols 7.3 square miles and services over 22,000 citizens. The The SHPD responds to over 2,100 calls per month. 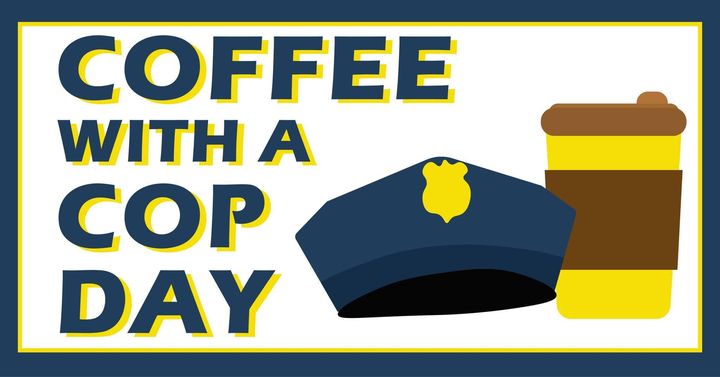 All attendees will receive a complimentary McCafe coffee.

Tonight at a gathering at Maicach Park, a domestic dispute arose among a man and his current and former girlfriend. He and his current girlfriend left the gathering, but then returned, and the man fired shots. An off-duty police officer from another community happened to be attending the gathering, and he returned fire, striking the offender. The offender is at the hospital being treated at this time. No innocent bystanders were harmed.

A full investigation of the incident is under way. Anyone with information is encouraged to contact South Holland Police detectives at 708.331.3131, ext. 2.

Preparing for our back to school book bag event! Can't wait to see you all there!!!😎

Please remember that individual home-based fireworks are illegal in Illinois, and they can be extremely dangerous to you and those around you. Violators may be fined up to $750.

If you witness fireworks going off in your neighborhood, please call the South Holland Police Department at 708.331.3131 so we can respond accordingly. You can remain anonymous on the report. Thank you for your cooperation.

Yesterday the South Holland Police Department (and friends) ran a leg of the Law Enforcement Torch Run to raise funds for Special Olympics. Because of the extreme heat, most of the participants rode their bikes, but a few brave officers ran the whole route! Thanks to the SHPD for braving the heat for this worthwhile cause!

South Holland's Citizens Police Academy will begin March 16th! South Holland citizens ages 18 and up can start registering for the program now. More information can be found at https://bit.ly/3KMMDyJ.

South Holland's Citizens Police Academy will begin March 16th! South Holland citizens ages 18 and up can start registering for the program now. More information can be found at https://bit.ly/3KMMDyJ.

We are deeply saddened to announce the death of Police Sergeant Jeff DeYoung, a longtime, faithful employee of the Village of South Holland.

Jeff was only 44 years old. He died peacefully in his sleep, of what appears to be natural causes.

Sergeant DeYoung had just completed 21 years of service to the Village of South Holland in December of 2021. He was promoted to the role of sergeant just months earlier.

He was born and raised in South Holland. His childhood home is located just around the corner from the Police Department building.

He leaves behind his wife Tracy and their two children, along with many family members who are residents or natives of South Holland.

“Jeff was an incredibly valuable member of our team,” says Police Chief Shawn Staples. “Not only was he a terrific police officer, but he was well respected by his fellow officers and by South Holland residents alike. He was affable, thoughtful, and did his job well. We will miss him greatly.”

Details of Sergeant DeYoung’s memorial service will be announced as they become available.

Christmas Bingo with the South Holland Police Department! "Bingo till you Jingle!

Come out and join us for Christmas Bingo! Fun!! Games! Prizes!
*Must be 55+ years old

At approximately 1:30 p.m. on October 8, 2021, police responded to an incident at the Shell gas station located at 47 E. 162nd St, South Holland. The incident appears to have been a targeted shooting of an individual who was found deceased and in possession of a gun and drugs. An investigation is underway.

Spread the word! This year, because Halloween falls on a Sunday, we will be observing trick-or-treat hours on Saturday, October 30, from 4:00-7:00pm. Those who wish to hand out candy should turn on their front exterior lights so trick-or-treaters know which homes to visit.

Today 6-year-old Treyvion of South Holland paid a special visit to the South Holland Fire Department for his birthday to meet some of our firefighters and police officers! He even got to sit in the police car and sound the sirens! Happy birthday, Treyvion! 🎁🎉

Stop by Starbucks South Holland today at 11am for Coffee with a Cop! Join South Holland police officers to connect over coffee and casual conversation about community issues.

We partnered with the South Suburban Humane Society last Saturday to microchip residents' dogs, which helps to identify the dog's owner if the pet goes missing. It was a great day with lots of friendly, furry faces!

THE COMMUNITY POLICING MEETING TONIGHT HAS BEEN CANCELLED DUE TO THE WEATHER.

You have until 4 PM TODAY to complete your application for the South Holland Police Department. Follow the link below for additional information.

Employment Opportunities Applications and job descriptions for open positions are available at the Village Clerk’s Office, 16226 Wausau Avenue, South Holland, IL, 60473, between the hours of 8:30am and 4:00pm, Monday through Friday. The Village of South Holland reserves the right to conduct a back...

As we enter the Holiday shopping season we would like to remind you of a few shopping safety tips:

- Be aware of your surroundings
- Trust your instincts; if you are uncomfortable with a person or
place get away

- Keep your cash in a front pocket and carry your purse upfront
and close to your body
- Only use ATM's in the daytime or well lit public places.
- Don't forget to tug on ATM card readers to ensure they have
not been covered with a skimming device

- If you are bringing children out to a crowded area, snap a
quick pic of them with your cellphone before you head our
for the day. Should you get separated you have a picture to
show security/police exactly what they are wearing and how
their hair is styled

Wisconsin woman loses $2,000 after being 'completely fooled' by wallet scam

Be careful of scams!! Bad guys are good at what they do! Remember if it's too good to be true...IT IS!

She thought she had discovered a wallet with $150,000 in it, and she decided finders keepers, but what she thought was good fortune turned out to be a huge mistake.

Please remember to lock your car doors and roll up your windows. Do not make yourself and easy Target!

Come on out to 460 E. 162nd st, Dunkin Donuts, for COP ON ROOFTOP and help support the Special Olympics of Illinois!!

Just 18 more days until our "Cop On Top" event to benefit the Special Olympics of Illinois. Come on out and donate for a great cause!!!

Only 7 days left to turn in your application to become a South Holland Police Officer!!

We are accepting applications for entry level police officers. Otherwise known as the "I want to be the police test." Check out the link below.

The South Holland Police Department is currently accepting applications for Police Officer. Click on the link below for application information.

At this time it appears someone has hacked our Twitter account and posted to the South Holland Police Department FB page.

****UPDATE****
It was confirmed that someone accessed our Twitter account illegally. We have corrected the issue and this hopefully will not occur again. Thank you all for your understanding

The South Holland Police Department would like to offer our Prayers to Tim and his family (both blood and blue). We are pulling for you!!

On March 19 at approximately 5:40 am, Park Forest Police were on the scene at a vacant residence investigating a break-in and a stolen vehicle fiund at the location. A suspect exited the home and as the officers attempted to detain him, he produced a handgun and began firing on officers. Office...

Tax season is coming up, have you checked your credit reports in the past year? Identity thieves have been known to file someone's taxes to receive their return. Make sure you are checking your credit 3 times a year. You get one free report from each of the 3 credit bureaus (Experian, Equifax, and Trans Union) each year.

To check your credit for free, use the Federal Trade Commission's recommended sight.

5 Arrested After Elderly Woman Held at Gunpoint in Home Invasion

If this caller waited just a couple of minutes to decide if what she saw was "important enough" to call the police, the results may have been much different. Thank you for being involved in your community!!

Four teens and a 24-year-old woman were arrested after they allegedly broke into an elderly woman’s suburban home and held a gun to her head while attempting to steal from her.

Remember scammers are in full force this time of year. Be careful of bait and switch scams as well as charity scams.

The PD is aware of a video involving one of our officers and we are investigating the incident.

The PD is aware of the video containing one of our officers and we are investigation the incident.

The South Holland Police Department is aware of a video that was tweeted with one of our officers and the incident is under investigation.

For years you have been able to text a completely anonymous Crime Tip to the South Holland Police Department. Now you can submit a crime tip to us directly through Facebook! You can even attach Photos and Video!!

To submit an anonymous tip via text message to the South Holland Police Department, text SHPD and your tip to 847411.

To submit an anonymous tip to the South Holland Police Department Through Facebook,click on the Submit A Tip section on the left side of our page.

Meeting are held twice a month at the Community Center and are open to all South Holland residents, at the following days and times:

The Citizen Police Academy starts on Thursday April 9th at 6:30 PM. If you are interested in getting an inside look at your South Holland Police Department I suggest you register very soon. Class space is filling rapidly and we have a maximum of 20 students per session. We like to keep the group small to ensure plenty of hands on experience.
If you have any questions contact:

Be the first to know and let us send you an email when South Holland Police Department posts news and promotions. Your email address will not be used for any other purpose, and you can unsubscribe at any time. 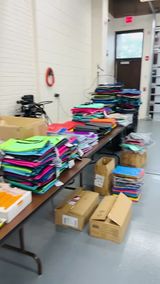 Bring the kids to spend time outside and have fun with our naturalist staff. Activities include games, a nature scavenger hunt and more.