We cover Gregg Township, Centre County Pennsylvania. If you are considering joining our company, you

Thank you to all of our community businesses who helped us pull off our Easter Egg Hunt every year! Thank you to the 176 kids that came out this year!! We love seeing all of you and congratulations to all our bike winners!!

The Easter Egg Hunt is set! We are excited to see everyone again! We have many many eggs and fun bikes to raffle! See you at 11! 🐰🐣🐰

Food at the concession will be available!

Gun Raffle tickets are out! Please see any members to purchase tickets!
Gun Raffle Drawing is on October 8th!

THE GREGG TOWNSHIP FIRE COMPANY WOULD LIKE TO WISH EVERYONE A MERRY CHRISTMAS AND A HAPPY NEW YEAR!!!

SANTA IS HEADED TO COVALTS CHURCH

Breakfast with Santa is starting to wind down. We still have breakfast, so if your hungry come on over before 11! We were happy to give back to our community. Do miss Santa Around Gregg Township tonight. See our page for the route! We will be handing out candy canes to all the kids🙂

The Gregg Township Fire Company wishes everyone a happy and safe Thanksgiving. We are grateful for our amazing community.

Make it a fall back tradition! Change your clocks⏰ + change your alarm batteries🔋 this weekend. Working smoke and carbon monoxide (CO) alarms save lives.

More tips:
🛏️ Install smoke alarms in every sleeping room, outside each separate sleeping area, and on every level of the home.
⬆️ A smoke alarm should be on the ceiling or high on a wall.
👆 Test all smoke alarms at least once a month by pressing the test button.
➕ It is best to use interconnected smoke alarms. When one smoke alarm sounds, they all sound.
🚨 People who are hard-of-hearing or deaf can use alarms with strobe lights and bed shakers.

Come by the fire hall and get some candy from this beautiful lady?

Gregg Township Fire Company will be handing out candy at the fire hall October 30th! We will also be at the Old Gregg school!

We are still selling meat raffle tickets! If you haven’t gotten one stop by the fire hall tonight or see any member

It’s that time again! The Gregg Township Fire Company is selling Meat Raffle Tickets. The prizes are listed below and who they are donated by. Members will be over at the antique show all weekend to purchase your tickets there or see any member that is selling them! Thank you for your support! The drawing will be November 1st @ 7pm at the fire hall on Facebook live.

It’s that time again! The Gregg Township Fire Company is selling Meat Raffle Tickets. The prizes are listed below and who they are donated by. Members will be over at the antique show all weekend to purchase your tickets there or see any member that is selling them! Thank you for your support! The drawing will be November 1st @ 7pm at the fire hall on Facebook live.

The Gregg Township Fire Company and it’s members would like to wish everyone a happy and safe Labor Day!

On behalf of the Gregg Township Firefighters I would like to send a very big THANK YOU to all the volunteers and businesses who made today's First Responders Appreciation Day Picnic possible. A special thank you goes out to Cim Besecker and all of her family and friends that put all the time and effort into this event. This truly shows how great of a local community we have. Again, THANK YOU ALL VERY MUCH!!!

Here is the list of our winners from our Saturday night raffles at the carnival. We thank everyone who bought tickets, the Township Supervisors who supported the tickets and all of our sponsors!

Cake Auction will be at 7:30 instead. Thank you!

Be the first to know and let us send you an email when Gregg Township Fire Company posts news and promotions. Your email address will not be used for any other purpose, and you can unsubscribe at any time. 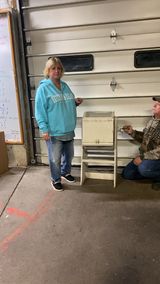 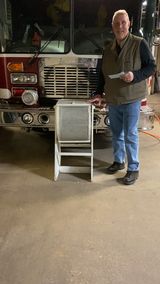 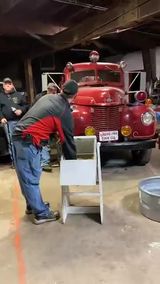 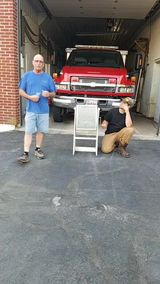 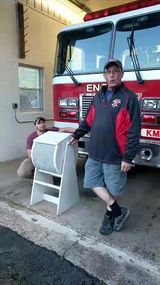 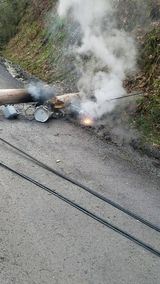 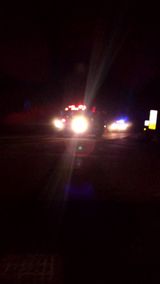 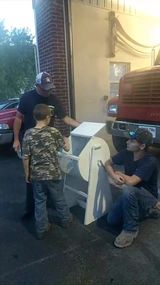 Other Government Organizations in Spring Mills

Thank you for providing traffic control and parking assistance for the PV Football game tonight. Penns Valley school district and I appreciate the help!
Good job GTFC........very nice parade!!
Scouts BSA Troop 20 - Chicken Barbecue! May 29, 2021 - American Legion Post 779, Centre Hall. $12 includes 1/2 chicken, red potatoes, cole slaw, dessert and bottle of water! Sign up and pay online here:
See any member if you'd like to place an order or come by any monday evening during our training night to order
https://m.facebook.com/story.php?story_fbid=3153489334713000&id=100001558921789
https://m.facebook.com/story.php?story_fbid=3153489334713000&id=100001558921789
New Hope Lutheran Church Mardi Gras Event. Come down and see us
Santa Run 2019
I painted the primer spot on the hood on the 41. I touched up the stripe and added a stripe to the passenger side fender that was missing from a previous repair. I also added a little something to the drivers door for Dale. I know the red doesn't match the faded red and the stripe is crooked. I'm no painter or stripper by far but I did the best I could.
Hope no-one minds but I wanted to say a few or many words about Dale. Dale Musser what a great man who has done so much for our fire company, the community and his family over the years. We all know Dale was strong on his opinions and wasn't afraid to voice them at a meeting. Usually followed by I'll tell ya why I say this and a story about how they did things in the past. Lol We all know he was a kind hearted soul tho. Many a Monday night Dale would come in the hall and I would say how's the Mayor of Spring Mills doing. His reply would be well I don't know about him but I'm doing alright, followed by a laugh. Some nights we would get to telling stories. I'd hear about him and Danny doing a project at camp or maybe a story of him helping Derek tearing down or fixing up a old building. Or maybe a story about my grandpa Smith and Shorty and the old days in the fire company. Or even raising Cain with Boyd and the boys. Sometime it would be about something him and his wife Diane saw in the valley on a weekend drive around the back roads. Whatever it was it was always enjoyable to listen to him tell it. Some nights we would end up telling stories and laughing and forgetting about the task at hand and not getting anything done. But Dale wouldn't get too excited. He would just say well I guess it will be hear next Monday night to do. I could go on and on but I'll end just by saying he was a great man and will be missed by many. And lots of us could take some life lessons from him in being kind and doing for others. Rest in peace my friend !
Thank you guys so much for volunteering your time tonight to help with my cat stuck in a tree. And thank you for coming sooo quickly! I was shocked how fast the chief arrived, especially for something most people would consider a joke. I didn’t know fire companies actually do this, and it meant a lot to my son and I. We didn’t know what else to do. She hasn’t come home yet, but I rewatched my video and caught a split second glimpse of her in the corner of the screen. Your man who said he saw her for sure and showed how she jumped was exactly right. She ran so I’m hoping she’s not hurt too bad, and I’m just relieved to know she’s down. Hopefully she isn’t chased back up one before I can find her. Thanks again so much. Wonderful group of guys for doing that.
Kassidy Strouse