The bears made robots! The freecycle album has been updated. If you need/want any of these items, comment on the picture or email [email protected]

What a fabulous Blue And Gold! Best of luck to our AOL who became Boy Scouts tonight!!

Bears created a successful marble track and learned that teamwork is hard but key!

Congratulations to all of our winners today!!

Due to weather ❄️ the church is closed and meetings are CANCELLED TUESDAY JANUARY 4. Stay safe!

This was so much fun! Haven’t been caroling for years!!

Happy Gobble Off and congrats to the webelos!!

The newest bobcats of Pack 26!

Pack 26 has 125 bags of popcorn remaining. We would like to donate those to local fire stations, rescue squads, and the sheriff’s office! Each bag is $10. You may collect donations by cash, check (Pack 26,) or credit by ringing up a bag of caramel corn on the trail’s end app. All donations are due by November 30. The den with the most donations ($ amount) will win a cookie decorating party!

The Bears finished up “bear picnic basket” while watching their netiqette videos and then worked on pieces for their leaders’ Turkey costume for Gobble Off!! We hope the other dens bring their best Turkeys!! Gobble-gobble-gobble!!

Be the first to know and let us send you an email when Cub Scout Pack 26 - Stafford, Va posts news and promotions. Your email address will not be used for any other purpose, and you can unsubscribe at any time. 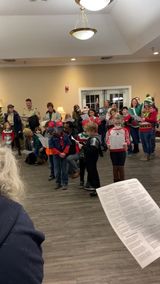 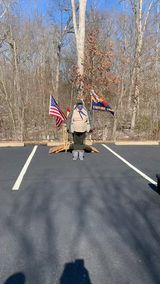 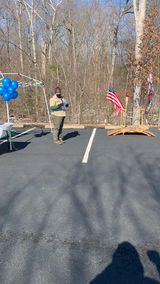 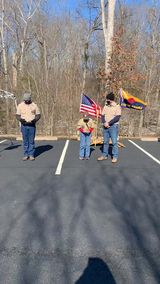 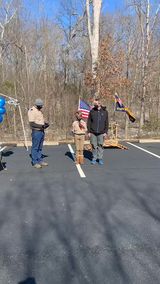 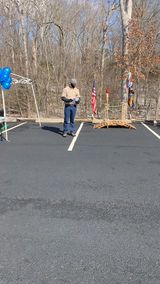 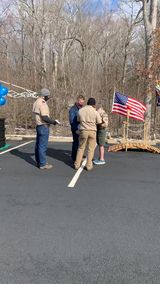 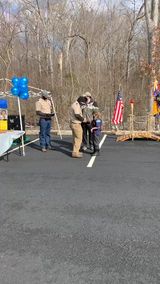 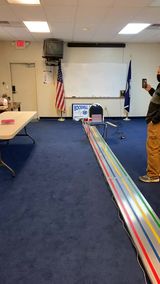 Foot by the foot challenge!

Hi Pack 26 and friends! Hayden Beghtol, from the outgoing Bear Den, shares what it was like being Bear Scout.

Hayden also built a useful item. A bee catcher to get rid of those pesky carpenter bees.

And here’s Kaden at work.

Second successful online meeting with the Bear Scouts! Today we continued to discuss the Make it move adventure. Finn Boyle shared a video demonstration of his homemade pulley system. This will lead into creating Rube Goldberg Machines to close out this adventure. Great Job Bears!

Here’s a video from one of our scouts on park rules! Looking forward to seeing more of what our pack is working on during this time of social distancing!

What a great start to the year! Here are 3 of our webelos sharing a favorite cheer from Goshen.

Congrats to our Big Beans!

Other Public & Government Services in Stafford

Almost PINEWOOD DERBY time!!! A whole lot of good looking cars this year. Who is your favorite?
Webelos and AOLs finishing up their Outdoor Adventurer requirement. Coupled this with learning to use the patrol method. We had a vote with Jonathan and Maverick becoming patrol leaders. We split into two patrols and let them at it. Overall they did a good job even with the added element of a scout led activity.
Yesterday was another great one. Woke up early to hear the daily skit where Huffle-Buff tried force Volthair to get an advantage at the spell casting event of Magic Olympics. Then onto water trampoline which was great fun to start the day. Scouts had a blast showing off their blooper reel of diving attempts (no head-first dives). Then onto BB’s where our Scouts’s showed some improvement in skill and date I say listening to instructions. They then got a lesson on the circle of life in nature from Thomas the Tank. While everything seems like fun and games, the scouts put in work by performing a service project, removing some invasive Russian Olive plants from the fishing area. The reward was our next station where we had Dutch oven cobbler 🤤 and some rope bridge walking. My last day 🥲, but the kids still have a bunch of fun awaiting them today and tomorrow. Can’t wait to see what they do next.
Cohort 3 forced bath time! J/k, it’s yesterday’s water trampoline time.
Little late, but yesterday was really full. Flag raising ceremony with the continuation of Magic Olympics skits. Volthair gave rally bad advice to the wizards. Boating, canoeing, kyaking (no ramming 😬). BBS! No bullseyes, but really close. Long wonderful excursion to the swimming hole was an awesome experience. The kids and adilults loved it. Nature salamander hunt, magic books were next, foil dinners, fire building, Gaga-ball never ends, and a late nite spider visit (relocated by camp staff) good times.
Pack 26 the adventure continues! Started the day making spell books. The Webelos showing their unique styles by painting their covers will continue tomorrow. Followed up with some yard games where we had a walk off win in a kickball game. On to Nature Talk with Timothy. Kids got in some animal trivia, charades, got to see the racing turtles, and meet Minerva the 5’ black snake. This busy day also saw some scouts crush a swim test, followed by them flexing their archery poses. The accuracy is a work in progress. More success was found at the fire making station where the kids learned some skills that were put to use at camp to make our marshmallow roasting fire. And what camp Ross day would be complete without slushees? Time for a quick rest until tomorrow’s adventures.
Scenic route to camp Ross, beautiful accommodations, Gaga-ball madness, big bonfire for the campfire program, and bear free bedtime!
Time to go to Goshen!
Here are a few photos from the family camp out tie dye station.
anyone need masks? let me know!
We completed Wolf "Grow Something". Here are our sprouts of radishes, bell peppers, and grass 🌱 Hope to move those into raised beds this weekend.
Pack 26. Twenty Six KICKS! Attention Bears, Kaden walks you through his Rube Goldberg Machine, with two pulley action steps incorporated.