This page is operated and maintained by the career staff assigned to Fire Station 11 in Loudoun County, Virginia. This is an unofficial page.

The Loudoun Career Fire Fighters Association along with Loudoun County Fire and Rescue will partner with various County Departments to participate in the 2019 Chair’s Challenge.

This year, Chair Phyllis J. Randall has challenged Departments across the County to “Stuff the Truck” and procure food donations to benefit Loudoun Hunger Relief.

All Fire and Rescue stations throughout the County, along with the Training Academy and Headquarters, will be drop-off points for food donations now through Thursday, June 28th

All food donated will be sent to Loudoun Hunger Relief, Inc., which is an independent, 501(c)(3) nonprofit food pantry located in Leesburg.

One is coming back after surviving a terrible form of cancer and the other two are moving on to other stations. Thanks for your service to Sterling, fellas!! 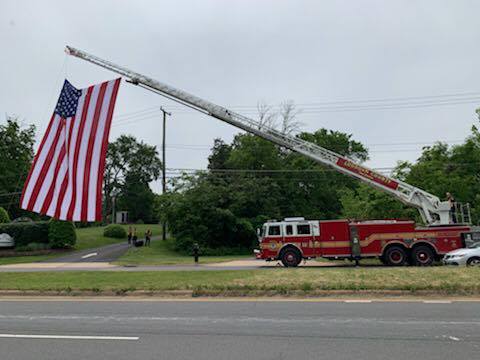 Please join the members of Sterling Park – Company 11 on July 20th at 1300 hours for the annual “Old Timers Day” luncheon. Any members that are currently or formerly assigned (career or volunteer) to Companies 11, 18, or 24 are invited. Members will be preparing lunch and will have various displays set up from the past. These items will include log books, old equipment, photo albums, and much more. Give us a call at the station if you have any questions. Feel free to tag people that should know about this. #611inthepark 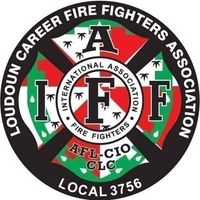 Please join the members of Sterling Park- Co.11 on October 20th for the fifth annual "Old Timers Day". Any members that are currently or formerly assigned to Companies 11, 18, or 24 are invited. Members will be preparing lunch and will have various displays set up from the past. These items will include log books, old equipment, photo albums, and much more.

Additionally, we realize that over the years some of the former members of the Sterling Companies (career and volunteer) have retired/resigned from the Department. Any help passing this information along to them would be greatly appreciated. We request that you RSVP by Oct 1st for this event. You can call the firehouse or email [email protected] to let us know that you’ll be coming. We are looking forward to a great day and are eager to see everyone.

Good morning from "The Park"!

We are proud to announce the Inaugural Loudoun Career Fire Fighters Foundation 501(c)(3) Golf Tournament. Attached is our sponsorship flyer. The event flyer with player information and rates will be posted later in the week. If you have a business or would like to be a sponsor please contact Chris Korelitz.

The crew from "The Park" would like to wish Captain Frieder good luck with his new assignment. Hope to see you on a box alarm in the future.

Have you ever wondered what happens when you run over a fire hydrant? Colder climates have 'dry barrel' hydrants. The water stays below ground to prevent freezing and only enters the hydrant when the main valve is opened. Dry barrel hydrants have a breakable coupling at ground level to prevent damage to the system when struck as seen below. If you notice a broken hydrant, please contact Loudoun Water or the appropriate town Public Works and report it.

Sterling, VA. - Quick actions on the part of Gold’s Gym employees helped avoid injuries after Tuesday afternoon’s explosion and resulting fire.
Just before 4:30pm Tuesday, March 21st, the Loudoun County Emergency Communication Center received multiple 9-1-1 calls advising of a possible structure fire at Gold’s Gym located at 46262 Cranston Street.
Fire and Rescue crews from Sterling Park, Cascades, Ashburn, Lansdowne, Leesburg and Kincora responded to the scene, along with multiple command officers. Upon arrival, firefighters encountered significant smoke conditions inside the structure and immediately requested additional fire and rescue resources.
Fire and rescue personnel ensured all neighboring occupancies were evacuated and upon entering, located a small fire in the rear of Gold’s Gym. While inside the gym, firefighters discovered significant structural damage to the walls and temporarily withdrew for fear of collapse. Once utilities could be secured and it was verified the structure was safe to re-enter, crews ensured there was no residual fire and worked to ventilate the structure. Due to the size of the building, a large mobile ventilation unit from the Metropolitan Washington Airport Authority was requested to clear remaining smoke from the structure.
The Loudoun County Fire Marshal’s Office conducted an investigation and determined the cause of the fire to be accidental. A significant electrical failure occurred involving a high voltage line at or near the same time a fuel air explosion occurred involving methane gas. The facility had been placed on “fire watch” earlier in the day due to problems with the electrical power supply to the fire alarm system. Gold’s Gym personnel were aware of the electrical issues and when they noticed dimming lights, they quickly evacuated everyone from the building. With all patrons and employees safely outside before the explosion occurred, staff prevented potential injuries or deaths.
Minimal burning occurred in the Gold’s Gym building as the fire was contained by the automatic sprinkler system. The adjacent Marshalls business received minor water damage and the electric and gas services to the entire complex were temporarily turned off. Damages are estimated at $500,000.00.

Help us help you! Make sure your front walkways and steps are clear. This will help to expedite the care you will receive and prevent injuries to yourself. Remember to help your neighbors that can't do this themselves. #611inthepark #helpyourneighbors

Pictured are Sterling Volunteer Fire Company firefighters sitting down and decompressing after an intensive training drill in March of 1986. During the drill a room exploded into a fireball causing what is called a backdraft. One man dove down the stairs and the other jumped out a second floor window to escape the fire.

Thanks for stopping by Inova Loudoun Hospital! #gladwewereinquarters

Happy Valentine's Day to the crews at the LCFR Engine and Tower 11 - Sterling Park and Sterling Volunteer Rescue Squad. We love partnering with you!

UPDATE: We are looking into quotes to replace the pavers and the lighting as well, once we recieve those we will add them to the fundraising goal. Please note that any money raised will go directly from GoFundMe to the American Legion Post 150 to then distribute to the proper contractors.

American Legion Post 150 has let us know that once we have reached our fundraising goal and the money is disbursed they will take care of providing a receipt for any donations so that any donation made IS TAX DEDUCTIBLE!

I really appreciate everyone who has stepped up so far, and the American Legion Post 150 for working with me. As we get more information on the additional repairs, we will pass that along.

ORIGINAL POST: Please join me in my efforts to see our Veteran's Memorial restored!

Our Veterans have given the ultimate service, and many the ultimate sacrifice. Together let's show our Veterans that Sterling stands with them, and that we will honor that sacrifice, as we always have. Thank you for your consideration, and I hope that you will join me, and encourage others in our community to do the same!

Check out the status from DCFD Truck 11 below.....

"D.C. Landmark, Bens Chili Bowl, is painting a new mural on the side of its world famous diner and looking for whom to give the honors, we ask a favor in taking a few moments and writing in DCFD Lt Kevin McRae who gave his life in the line of duty in service to the District on 5.6.2015."

D.C. Landmark, Bens Chili Bowl, is painting a new mural on the side of its world famous diner and looking for whom to give the honors, we ask a favor in taking a few moments and writing in DCFD Lt Kevin McRae who gave his life in the line of duty in service to the District on 5.6.2015.

Come one, come all! Pretty nice incentive pay if you are a medic.

A look back to Sterling Park a few years ago and our "brothers in blue". #sterlingpark #throwbackthursday
#loudounpublicsafety #loudouncountysheriffs

#ThrowbackThursday Lt. Bob Weitershausen poses with a DFC Robin Davis for a photo near the Sterling Park Hardware store in the Sterling Park Shopping Mall in front the old Peoples (now CVS) in 1993. Do you remember what Loudoun County looked like in 1993?

LCSO is asking for your assistance in locating more Loudoun Sheriff's memorabilia. If your family member was a Sheriff (or deputy sheriff) in Loudoun County or you have ANY information regarding the Sheriff's Office, such as photos, documents, etc. please contact the LCSO Public Information Office at (703) 777-0625.

Merry Christmas from the officers and crews in "The Park". Please keep those who are away from their families keeping us safe and defending our freedom in your thoughts. #611inthepark #santa

Company 11 units are backing into quarters after clearing a fire in Company 18's area. Engine 618 arrived to find smoke showing from a three story townhouse. Crews had a fire in the basement level. Engine 611 stretched to the basement while Truck 611 (running a reserve) completed searches and assisted with opening up.

Engine and Truck Company 11 are clearing a first due house fire. Crews arrived to find an attic fire in the 1000 block of South Greenthorn Avenue. Crews operated on scene for just over an hour.

Happy Thanksgiving from those of us in Sterling Park. Everyone be safe out there! #611inthepark

Tower 11 is currently operating on an apartment fire in Company 6's first due. #611inthepark 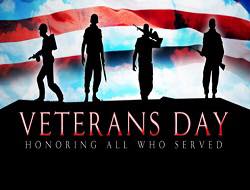 Looking for a safe stop for trick or treaters? Stop by the station on Commerce Street between 1:00 PM and 6:00 PM (we will be in and out on emergency incidents). Happy Halloween!

Think anyone looks familiar? We're told this was taken in 1991. Feel free to share or tag anyone that you might recognize!

Be the first to know and let us send you an email when LCFR Engine and Tower 11 - Sterling Park posts news and promotions. Your email address will not be used for any other purpose, and you can unsubscribe at any time.

“B” shift hittin’ the roof on side “Charlie” on a reported structure fire! 🇺🇸
New decor in our office! Thanks Karen. 🇺🇸
Thanks to Karen Lavarnway, at Lavarnway Designs, for making this for us! It will be a great addition to our office. 🇺🇸
This family dropped off these toys for Toys for Tots(and will bring more tomorrow)! They have made many needy children very happy this Christmas! 🎄🇺🇸
Shaw lake is running a little high. Thanks Flo!