Official page of the Tiverton Fire Department (RI) - Not monitored 24/7 - Emergencies Dial This page is designed and maintained to update the citizens of Tiverton and state of Rhode Island on local events and fire department information.

The administrator of this page reserves the right to edit or remove any content based on the criteria listed below. It is not the town's intent to create a public forum, but to maintain a moderated online discussion directly relating to topics posted by the town that is appropriate for citizens that are over the age of 13 to read.

- Comments not topically related to the particular article being c

The administrator of this page reserves the right to edit or remove any content based on the criteria listed below. It is not the town's intent to create a public forum, but to maintain a moderated online discussion directly relating to topics posted by the town that is appropriate for citizens that are over the age of 13 to read.

- Comments not topically related to the particular article being c

Over the past 2 days, a representative from Rosenbauer has been training our firefighters on the use of our new ladder truck.

#RhodeIsland - Heavy rain and potentially damaging winds (25-30 mph for much of the state and as high as 55 mph in #Newport and #Narragansett) expected overnight. Make sure to secure any outdoor items. #BeSafe #beprepared #riwx

April 10-16th is National Public Safety Telecommunicators week. We would like to recognize and thank all of our dispatchers at the Tiverton Police Department

This morning at approx. 9am, Tiverton and Fall River Firefighters responded to Rt 24 for a motor vehicle accident. Firefighters arrived to find a single vehicle rolled over fully involved in fire. The fire was quickly extinguished and the operator walked away from this accident without injury. 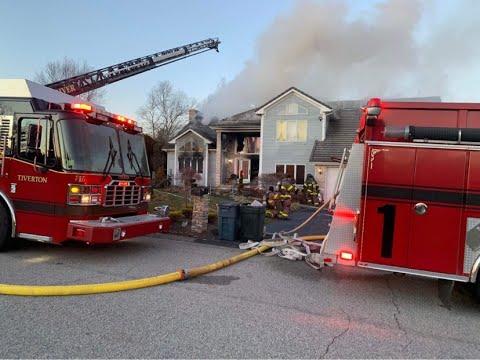 Minimum requirements: Applicants must be a high school graduate or have a GED, must have RI EMT Cardiac or Paramedic license (preferred) or currently be enrolled in a EMT Cardiac or Paramedic program, valid driver's license, 18 years of age, a current PPA Certificate and a passing test score from the Rhode Island Association of Fire Chief's written exam at the time of hire.

Complete the application process online at https://www.firefighterapp.com/Tiverton-RI-Firefighter-Jobs/506/
no later than April 16, 2022.

Reminder: Daylight Saving Time begins on Sunday, March 13, 2022 at 2:00 A.M. On Saturday night, clocks are set forward one hour to “spring forward.” We would like to remind everyone to change your clocks and change your batteries in your smoke and CO detectors. For those with 10 year sealed batteries you do not need to change them, but it is a great oppurtunity to test your system.

Information regarding the incident at the high school this morning.

Firefighter Nick Barboza was recognized tonight by the Tiverton Lions Club as "Firefighter of the Year.” Congratulations to Nick and all the other recipients this evening. We would like to thank the Lions Club for hosting such an event each year.

Our new Rosenbauer 109’ ladder currently on display at the FCAM conference. The truck will then go to the dealer for delivery prep. We are anticipating delivery to Tiverton within the next few weeks. 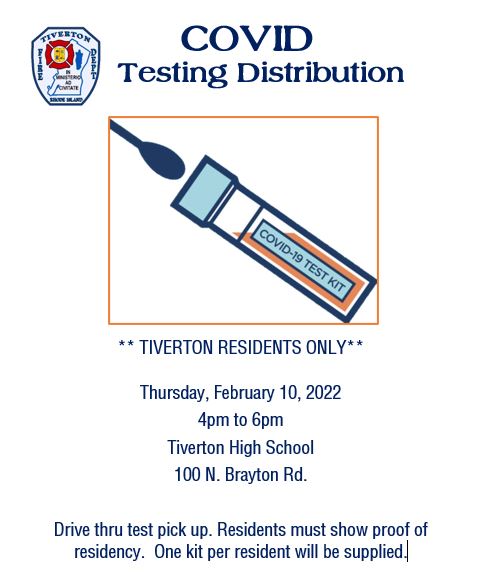 Tiverton will be passing out more COVID at home tests. This will take place, Thursday 2/10/22 from 4-6pm at the High School.

UPDATE: At this time, the shelter is closed. If you need assistance call 911 or if 401-625-6717 and we will provide the assistance needed. Thank you to our EMA volunteers for staffing the shelter during this storm. Help us help you! Please shovel out your fire hydrants during the storm so we can get to them faster in an emergency.

The shelter is located at the Tiverton Middle School at 10 Quintal Dr.

Strict COVID precautions are a must. Masks are required inside the building regardless of you vaccination status.

Parking ban in effect for the Town of Tiverton beginning at 5pm this evening.

This mornings update from the National Weather Service….

The latest information on the weather event for this weekend.

Free Covid tests can be ordered at www.covidtests.gov, according to the website.

Every home in the U.S. is eligible to order 4 free at-home COVID-19 tests. The tests are completely free. Orders will usually ship in 7-12 days. 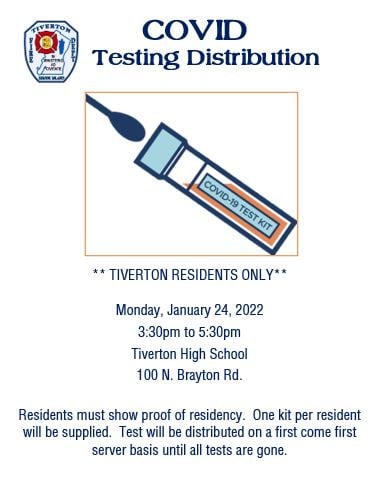 Information regarding Tiverton's distribution plan for COVID at home tests.

CANTEEN 1 RETURNED TO QUARTERS AT 12:30 FOR CLEANING & RESTOCKING. -CP

Test dates have been set for the RI Physical Assessment and the RIAFC written exam. Visit https://rifirechiefs.com/ppa-info/ to sign up today! 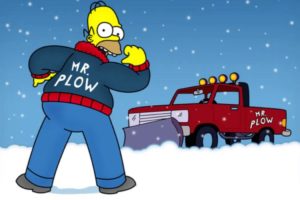 A parking ban will take effect tonight (01/06/2022) beginning at 10:00 PM due to the predicted snowstorm. The parking ban will remain in effect until further notice. Please see the following Tiverton Town Ordinance regarding parking and snow removal: Sec.

* WHERE...Portions of eastern and southeastern Massachusetts and all of Rhode Island except Block Island.

* IMPACTS...Travel could be very difficult. The hazardous conditions could impact the morning or evening commute. 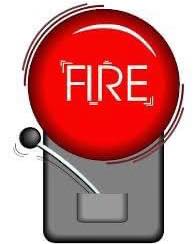 At approximately 5:30 this morning, firefighters responded to Slade St for a garage fire. Firefighters arrived to find a fire in an attached garage. Fire was quickly knocked down with no extension into the house. No injuries were reported. The fire remains under investigation at the time of this post.

Tiverton Fire would like to wish all our friends and followers a happy and healthy New Year!

One person was rushed to the hospital but the extent of their injuries is unknown.

We would like to wish all of our friends and followers a very Merry Christmas from the Tiverton Fire Dept.

A truck caught fire behind Paul Durand Auto Sales & Service around 5:30 a.m. near the intersection of Main and Hambly roads.

For anyone that is using portable generators right now, please use these tips to stay safe!

Be the first to know and let us send you an email when Tiverton Fire Department posts news and promotions. Your email address will not be used for any other purpose, and you can unsubscribe at any time.

Congratulations to Tiverton’s Class of 2020! 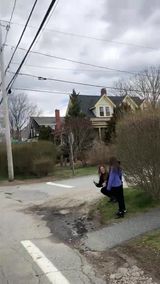 As we continue to social distance, many of our younger citizens are going without a typical birthday celebration. When we were asked if we would mind doing a drive by to help celebrate Braydon’s 6th birthday, there was no hesitation by the fire or police department. Happy Birthday and we hope we made your birthday a little more special.

Teddy taking a ride in Engine 3. 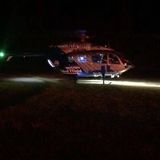 Firefighters responded to the area of 4000 Main Rd this evening for a car vs bicycle. Boston Medflight was called to transport the injured party to the trauma center. No further information is available at this time. #tivertonfire #bostonmedflight 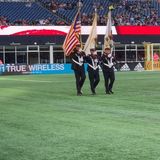 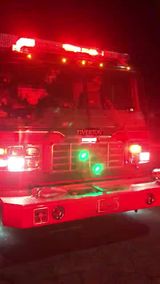 Engine 3 getting into the holiday spirit with its custom wreath. 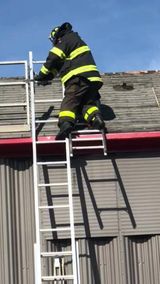 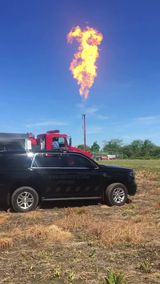 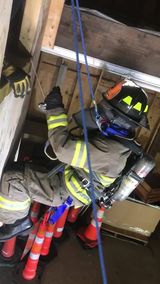 New Firefighter Richard Silva is trained by Lt. Andrew Kettle in the use of the Petzl Exo Personel escape system. Every Firefighter in Tiverton is issued one, and trained in its use so that they can self rescue should they become trapped on the upper floors. Every members trains on these devices and here Firefighter Silva is performing the skill in a blackout condition. 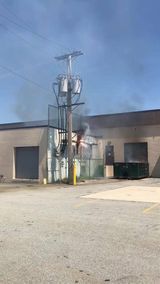 Fall River Firefighters were called to the Gold Metal Bakery on Penn Street for a fire today. On arrival FRFD Car 3 declared a working fire. At the same time this alarm was declared the remainder of the city companies, responded to a different location in the city for a second fire. Below is video of the fire on Penn Street as units awaited arrival of the electric company to shut down power to that location.

Pole on Main Rd that has broken free and is being held up by the other wires. National Grid on scene working to secure the pole.

Firefighters along with M/A from Little Compton responded to Main at 177 this afternoon for a dump truck rollover. The driver was transported with minor injuries. TFD has had multiple calls today.

Firefighters along with M/A from Little Compton responded to Main Rd at 177 this afternoon for a dump truck rollover. The driver was transported with minor injuries. TFD has had multiple calls today. 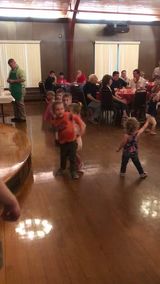 We received multiple calls this morning in the north end of Tiverton for a smell of natural gas. The area has been check and determined to be from a major gas leak in Fall River (Bay @ Birch St). National Grid is working to control the situation. They estimate approx 1 hour. If you smell gas in the area, feel free to call 911 and we will come to check it out. 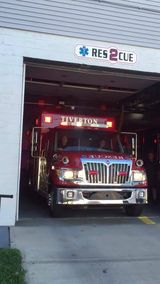 Recently there has been a lot of conversation about the three budgets that will be placed before you as a voter of this community this month. The budgets all vary greatly, and two of those budgets have a significant impact on the services that we, and other departments will be able to provide you as a citizen of this community. One of the Petitioners Budget cuts anywhere from $600,000.00 to $750,000.00 from the budget. The other Petitioners budget seeks to cut $400,000.00 from the budget in various areas. I wish that I could comment on both proposed Petitioners budgets, but the budget submitted by Mr. Katz does not provide for an analysis of where he believes the funds can be taken and there is no information given to support his claims that this cut will not affect services. The Second budget submitted by Council Member Joseph Souza does provide us some insight to where he intends to cut funds, and as such we are able to seek answers to how those proposed cuts were made. I will not discuss the entire proposed budget cuts he is requesting in this summation, but I will try to outline how those proposed cuts were not made based on any solid information. Mr. Souza cut the overtime line item by $100,000.00 dollars. When pressed on this issue, his response was that he felt the was enough to get by. He also proposed a line item cut to the building maintenance account taking it from $40,000.00 to $15,000.00 dollars. Again he is not able to support or justify this proposed cut. Over the last several years there was an increase in the overtime spent with in this department. The cause of that increase was the in ability to retain staff and provide for a full roster to cover all shifts. Numerous vacancies caused overtime to be spent to fill vacant positions so we could provide the required coverage to you, the citizens of Tiverton. Based upon our current numbers in the area of overtime, and historical information used to calculate our b 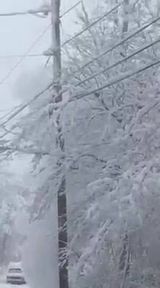 This video is a utility pole on fire on King Road. We ask if you see a downed power line please get away from the area and call the fire dept!

Firefighters were called this morning to Willow St for a car on fire. Fire was quickly brought under control. 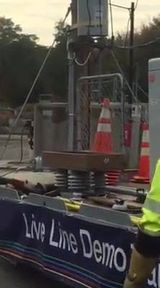 Here are some videos of today's National Grid Safety training. A graphic demonstration to show our Firefighters how electricity can and will be conducted through the fence and into their gloves.

Other Government Organizations in Tiverton

When were the companies united under a single chief?
Just uploaded. SD video is ready. HD, 2k, and 4k will be rendering for the next hour or so.
Awesome job Capt.Bruce Reimels and Crew !! Proud to have a Fire Department like Tiverton!!! Awesome group of Guys !!
The future of healthcare
Thanks for helping out today no job too big or too small! My mother in law & I were very appreciative!!👍
I want to thank the Tiverton physicians and Tiverton rescue. I was in need of medical attention today due to a serious reaction to a Bee sting. Couldn’t ask for a more professional group. I was in trouble and they were right there to help. Tiverton is very lucky to have you! Thanks again for taking such excellent care of me. I hate to think what would have happened without you all!
9-11-2018
9-11-2018
9-11-2018
9-11-2018
9-11-2018
9-11-2018