New Jersey has the power to inflict "Full Spectrum Dominance" on its citizens.
Our movements are completely tracked geographically where we're stepping in.
Is it true, our liberty to any privacy has been sacrificed on the altar of the NSA,..
..Collecting, storing our metadata & can brandish anyone as a terrorist today?
The FBI can issue "National Security Letters" & freely obtain your information..
..Without a judicial warrant & you'll never be notified of an investigation.
I wonder how many people are involved & how much money is on the line.
Did the movies accurately describe those who serve & protect us in these times?
Did everyone that I'm surrounded by, sign a nondisclosure agreement?
Does everyone has to lie to me & cover up my potential to be demised & treason'd?
The life of the targeted, where everything's connected & vulnerable.
Impressions can be deceiving & impersonators can make you culpable.
Are authorities "anonymizing" behind my biological family, household & associates?
A chain of proxies against one person.
A manipulated construct, from techno sorcery, witchcraft, magic & curses.
We can't assume that everyone's a counterfeit.
Unless there's duplicate phones, malware & stolen passwords involved in this.
Anything can prove something, but nothing can prove anything.
If every single detractor silenced & working together, I can be framed for everything.
Master editors of a desired prosecution.
Witnesses, soundbites & visuals or else the visibility of the system's useless.
All of these applications, hardwired into my phone.
Agent apps, malware & spyware coming from other devices & computer's control.
If people invade my privacy, it's nothing to worry about.
If I try to get it back, it becomes a crime ridden by clout.
You can't control what you don't see.
But instead of making a spectacle out of me, 1st scan my frequency.

If my job felt betrayed by me, they have to understand that it is not intentional.

I was betrayed &/or setup by people who misinformed those I work for and with.

This is why, most of the time, when people treat me like a psychological ragdoll, I don't take it personally.

It's people I used to be close to, that have been offered an opportunity to interfere with my life for some money. They are spying on me & conspiring ways to inconvenience my life until I'm dead or in jail. This started in 2019, but my digital privacy has been compromised, by my "parents" years before that.

Any information spread about me that compels a person to inconvenience me, is gravely mistaken.

I'm very loyal to my job. I know in my heart I'm giving my job...my everything.

When I returned to move into Princeton Avenue in Trenton NJ back in June, across the street from KFC, the room I was given had cobwebs everywhere, dead mice, flies & roaches.

They left that room just as it was, ever since the last tenant passed away, in that room. Until I got here.

I wouldn't be surprised if he was setup too, as the alleged cause of his death, was from a drug overdose. He threatened to kill me if I told the police that he sold & used drugs & invited prostitutes. I never snitched, but he pi**ed me off every other night because he couldn't keep the noise down.

Landlord don't want to acknowledge this because they want to present a clean image. And they've avoided years of inspection, so they've recently cleaned it up a little bit ever since I threatened to call the animal-police.

I've faced sanitation issues before (stemming from this address), but I was able to heal from it after moving out. Most certainly.

I've been able to experience glimpses of full restoration of my life, but never the full manifestation.

Nearly, everything that some people accuse me of, I was setup.

So my job receives my forgiveness, if they felt like I deserve to be punished or mistreated.

I was shown po*******hy by my stepfather as a PR***EN, & molested by my stepbrother as an early teen. My mother knew about it, & me not receiving any justice from those occurrences, has led me to believe that my mom was in support of these occurrences.

After all, my mom thinks in**st is ok, & that witchcraft is real but "doesn't affect her". She told me this in a text-message, around October 2020. I've had multiple phones hacked & Google accounts shutdown since before & after that time.

And there you have it. Tie this all together, & you see how much of a setup my life is. I'm innocent, until proven guilty. And I deserve to live & be restored JUSTICE & WEALTH for my pain & suffering.

Poetizer - Social Network for All Poets

Thank you. I love you.

Help me to let go of the narrative I wish to change. Help me be consistent. Sometimes it's so hard.

So thank you, I love you. I'm sorry, please forgive me.

You may have been cursed by someone or an organization and not know it. Again I have been given this message from the other dim...

You may have been cursed by someone or an organization and not know it. Again I have been given this message from the other dim...

OUT OF SHADOWS OFFICIAL

I can't find the FB link where I got the video from, but I recommend it to All my FB friends to watch. Just under an hour & 20 minutes, the whole documentary will open your mind about where we are today & provide hope.

outofshadows.org The Out Of The Shadows documentary lifts the mask on how the mainstream media & Hollywood manipulate & control the masses by spreading propa... 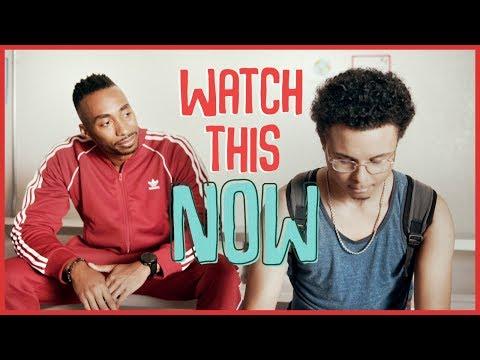 Every teenager NEEDS to hear this (2019)

Every teenager NEEDS to hear this (2019)

This is Part 2 from my last video. This is the message I needed to hear throughout high school and college. You Are Enough Already. 🔴URGENT: YouTube won’t sh... 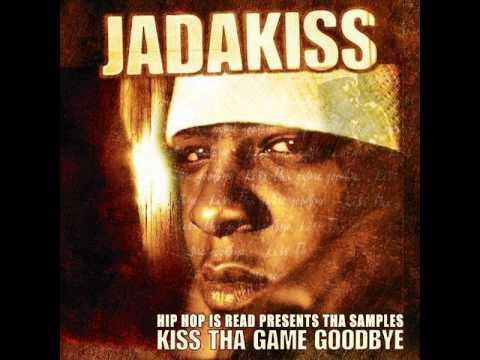 No matter what, keep your head to the sky.

What a ride... a book and script gets taken by unscrupolous movie people and rip off a copyright..surely not..or did it... Sophia has been fighting for her c...

"I have a laptop that won't power on, I need help" Davis

Can someone out there help a sister out please? 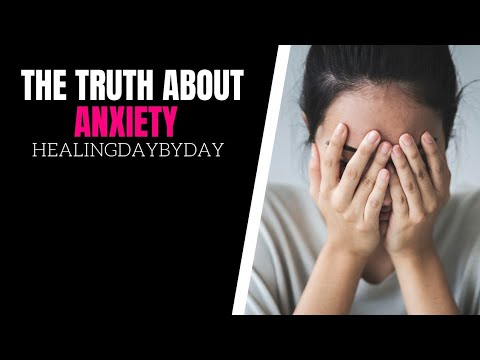 If You Suffer from Anxiety....This Video is for You

"Be careful for nothing; but in every thing by prayer and supplication with thanksgiving let your requests be made known unto God".

I was watching this unfold in amazement over the last month and a half. I didn’t want to say anything until the final was over. ...

The Darkness is Losing Power - Started May 2019

The Darkness is Losing Power - Started May 2019

Some people around the world are noticing a highly positive energy over the past few days. In the UK something is happening too.... 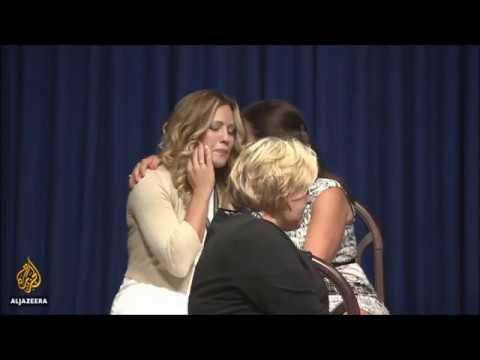 The Christian & Catholic church is dead. I speak from experience & the following video confirms my experience in complete succession. Most Christians are either mind-controlled or controlling your mind. Preachers think that because they have the "holyghost", that the holyghost move on their behalf on everything they say or think. That's far from the truth, & they will suffer the consequences of such delusions:
https://youtu.be/7q19BDpzfho

In need of love, passion, romance and harmony. Nothing is going to change unless you do something about it. Your spirit frequenc... 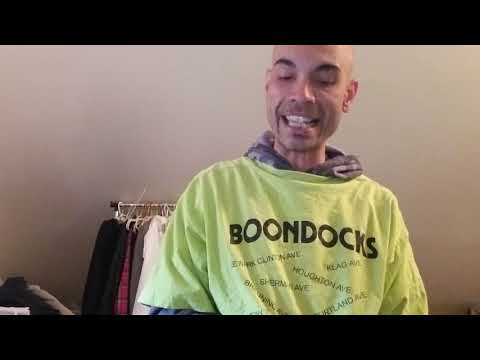 In light of Nipsey Hussle's passing, I wrote something to reflect on I what learned. I knew nothing about Nip until he passed. The track that I used came fro...

Learn How I Manifested Over 7 Sources Of Passive Income With The Law Of Attraction: 👉🏾 http://youarecreators.org/masterclass ...

Spread love in the community. No matter what we do in hood to get through our struggles, we have to bring love to the forefront of our families, work-enviroment & communities. We can't allow the negativity from news outlets dictate our thoughts & emotions.

In need of love, passion, romance and harmony. Nothing is going to change unless you do something about it. Your spirit frequenc...

Donate for a good cause.

"Brrrrr...its freezing out here, you would think that it was winter season, I swear.
Everywhere you could turn, the feds & the d's is right there, 'ish is like a freaking nightmare". 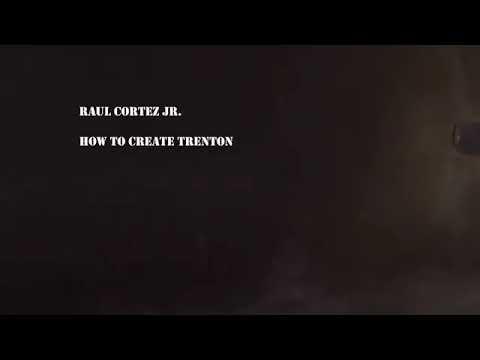 How To Create Trenton By Raul Cortes Jr.

For my hood, with love, always.
-Polo

Back in 2017, Winston Dramatic Millz conducted a 3-hour long interview with living rap legend Wise Intelligent of the Poor Righteous Teachers, based out of T...

The Jaz - Buss The Speaker

"She Loves Me Not", Kool G Rap:
https://www.youtube.com/watch?v=s-LrYfN4qWU

"The more powerful and original a mind, the more it will incline towards the religion of solitude" - Aldous Huxley

"Research is to see what everybody else has seen, and to think what nobody else has thought."
-Albert Szent-Gyorgyi

Be the first to know and let us send you an email when East Trenton posts news and promotions. Your email address will not be used for any other purpose, and you can unsubscribe at any time.

Other Public & Government Services in Trenton

SO SORRY TO ANNOUNCE THE SHOW AT THE BIG EASY IN TRENTON NEW JERSEY IS CANCELLED DUE TO THE ANTICIPATED SNOW STORM THIS WEEKEND. THE SHOW WILL BE RESCHEDULED.
x

Other Public & Government Services in Trenton (show all)