The bulk of the Division's funding comes from the Federal Government, through the National Highway Traffic Safety Administration. The funding received by the Division is used to undertake state-wide traffic safety programs and is also dispersed to municipal, county, state government and law enforcement agencies, as well as non-profit organizations in the form of traffic safety grants. The Director

The bulk of the Division's funding comes from the Federal Government, through the National Highway Traffic Safety Administration. The funding received by the Division is used to undertake state-wide traffic safety programs and is also dispersed to municipal, county, state government and law enforcement agencies, as well as non-profit organizations in the form of traffic safety grants. The Director

Snow is coming to parts of NJ! Remember to clear your car off before hitting the road, it’s the LAW. If you must go out, allow ample stopping time and accelerate slowly. Ice and snow change tire traction and can make you lose control of your vehicle.

24 deaths were caused in NJ in 2020 by drivers running red lights and stop signs. Remain alert and always .

Rain showers are expected throughout the state beginning this afternoon and continuing overnight. It’s possible the rain may turn to snow in the north, especially in areas of higher elevation. Use caution, go slow and check www.511NJ.org for travel updates.

Yesterday marked the beginning of . If they trust you enough to put their lives in your hands, respect and love them enough to drive sober.

In addition to regularly scheduled patrols, the New Jersey State Police will have additional troopers on DWI and aggressive driving patrols statewide.

So make good choices and…

Tomorrow is . Show your seat belt some love! Buckle up every time.

Mother Nature doesn’t care that you’re in a hurry. Remember: Stay safe during bad weather, and drive SLOW in the rain, ice, and snow.

DYK: We use the word CRASH to describe vehicle collisions instead of the word ACCIDENT. This is because crashes are not accidents – most are PREVENTABLE. Do your part to prevent crashes by following all traffic laws.

You’re not paranoid—your driving really is worse on w**d. Find someone sober so you don’t get pulled over (or worse, cause a crash).

Weather emergencies can happen FAST. Make sure you have these lifesaving items in your vehicle at all times this winter.
❄️Ice scraper
❄️Abrasive material for if your vehicle gets stuck in the ice and snow
❄️Jumper cables
❄️Blankets for protection from the cold

Don’t let your phone get the better of you. Put it down!

One bad decision can cause you a lifetime of regret. Don’t drive impaired.

Riding unbelted can be deadly in a crash. Whatever seat you’re in, buckle up.

Remove ice and snow before you go! Remember to clear off your car before you hit the road and check out more safe driving tips at https://bit.ly/3H6tyFR.

In New Jersey, you MUST keep right, except to pass. It’s the law!

It doesn’t matter if it’s legally prescribed or illegal, one drink or ten, if you feel different, you drive different. Plan your ride or designated driver before you go out.

NJ DHTS wishes everyone a happy and healthy 2023! Follow the posted speed limit, drive sober, obey traffic laws, and buckle up. Stay safe out there NJ!

Have yourself a really good time. Plan ahead for who’s going to take you home tonight.

When you drive impaired, you’re not the only one who could pay a big price. For others on the road, it could cost everything. Never drive impaired. njsaferoads.com/impaired

On Average, New Year’s Eve is the day with the most DUI arrests. Spend the night counting down the New Year, and not the days to your trial. Drive Sober or Get Pulled Over.

Ready to ring in the New Year with friends and family? Offer the designated driver a yummy mocktail for a sweet start to the new year.

The holidays can be stressful but that’s no excuse to drive aggressively. Keep our roadways safe! Pull over and dial #77 to report aggressive drivers.

The text can wait. People that love you want to celebrate the New Year with you.

No matter how you're celebrating this New Year's Eve do it with safety in mind. Start off 2023 with a sober ride.

Wet roads, strong winds, and rapidly dropping temperatures this afternoon could make driving treacherous. Roads may get icy and slick. Slow down and leave plenty of space between vehicles. Check 511nj.org for real time traffic conditions.

Heading home for the holidays? Remember to check you four-wheeled sleigh before you head out. Gas up or plug in your vehicle, and make sure to winterize it before you hit the road.

⚠️ Heavy rain and rapidly falling temperatures can make for icy road conditions tonight and tomorrow. 🚗 If you must travel, please go slow and leave extra space between you and the car in front of you. ✔️ Check 511NJ.org for travel updates.

Keep your holidays merry and bright! If you’ve been drinking, call a cab, ride share, or sober friend to get you home safely. is drunk driving.

Doing some holiday shopping? Focus on safely navigating the parking lot as opposed to searching for the perfect spot. Keep an eye out for pedestrians and other drivers.

Doing some holiday shopping? Focus more on navigating parking lots safely and less on finding a great parking spot. Keep an eye for pedestrians and other drivers.

Our new campaign shows drivers the irrevocable consequences of driving impaired. Some might lose their license, but others may lose it all. Stay safe out there New Jersey! Don’t drive impaired. njsaferoads.com/impaired

We’re pretty sure a DUI isn’t on your holiday wish list. Always, .

☔️Rain may seem like less of a winter driving hazard than snow, but when temperatures are near freezing, that’s not the case. Ice can form quickly and make roads slick.

🚗In these conditions, slow down, don’t use cruise control, and keep plenty of distance between you and other vehicles. Don’t let this winter hazard sneak up on you! Learn more at https://www.weather.gov/safety/winter

As winter weather approaches remember that even you are no match for Mother Nature. Drive SLOW in ice and snow. New Jersey Office of Emergency Management New Jersey State Police

We are closely monitoring the winter weather impacting our region today. Please avoid unnecessary travel as the roadways may be very icy in portions of the state as temperatures drop and a wintry mix moves across our area.

Did you know George Smith was the first person ever convicted of drunk driving after he slammed his cab into a building in 1897? Don’t be like George; drive sober this holiday season and always.

Be the first to know and let us send you an email when New Jersey DHTS posts news and promotions. Your email address will not be used for any other purpose, and you can unsubscribe at any time. 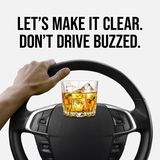 Don’t ruin your end of summer with a DUI. If you’re drinking this weekend, designate a driver or get a ride. Stay safe this Labor Day Weekend. 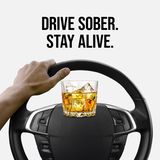 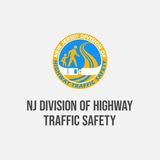 Driving under the influence of cannabis puts everyone at risk. Among drug-positive drivers killed in crashes, 38% tested positive for cannabis in 2017. Be safe. Be responsible. Be aware of the consequences. #BigRisk #DontDriveHigh #JerseyDrives

Happy Cinco de Mayo! If you’re celebrating tonight, it doesn’t matter what term you use - buzzed, stoned, drunk, or high – you should never get behind the wheel impaired. #DriveSober

Happy Cinco de Mayo! If you’re celebrating tonight, it doesn’t matter what term you use - buzzed, stoned, drunk, or high – you should never get behind the wheel impaired. #DriveSober

May is National Youth Traffic Safety Month. In New Jersey, an average of 55 fatal teen driver crashes occur each year. Follow us to learn about how New Jersey works to keep young drivers safe – and how you can, too: http://NJSafeRoads.com/StickToIt #StickToIt

The left lane is for passing - not for camping. Keep right except to pass.

Thank you to everyone who submitted a question last month for the DHTS "Ask the Director" series! Today, Director Eric Heitmann will be answering the submitted question: "Are police able to detect if someone has been driving impaired by alcohol and/or drugs?" Have a question for DHTS? Send us a message on any of our social media platforms for consideration for a response.

How does New Jersey protect teen drivers through the Graduated Driver’s License program? Watch here and learn more at: www.NJSafeRoads.com/StickToIt

If You're Texting, You're Not Driving

Other Government Organizations in Trenton

PEOPLE IN Bergen County NJ AREA. WATCH FOR THIS CAR
RED HYUNDAI WITH NJ PLATES R47 LKF
From what we heard, this driver has been doing. this. for a while. We do not know his intention, but from this video caught on my dash cam today, he looks like he was trying to provoke me. Do not get tempted, do not fall into his trap, we reported him to the authority. If you see this car doing this to you, make sure you report him to the right authority.

Can we please do away with Daylight savings? Please ?
NEW JERSEY, WHAT A JOKE, THE WAY PEOPLE DRIVE, EVERYONE SHOULD BE PROUD OF THEMSELVES
Thank you for the honor. I will always be committed to safety on all roadways and especially in New Jersey my home state.
What's going on with the construction on route 42 by exit 10b? Why has the repair to the bridge stopped? No progress has been made in quite a while.
December 17-18, 2018 Grant Writing Class Workshop at Peirce College.
Ello dear Conscious Cops!

Blessings, Sharon L Bodine
Is it worth it?
Auto-related deaths are up 15.5%. Is it the distracted and careless drivers?
Please share
Buzzed driving is drunk driving!
x

Other Government Organizations in Trenton (show all)