Massey Road is scheduled to be CLOSED Saturday, October 15 from 7am until 5pm to replace a drainage pipe under the road. Closure is for through traffic; local traffic (residents) will be permitted.

Here are a few photos form our Community Night Out event last week. Thanks to everyone who came out to support us and this great city.

**Update**
Roadway is clear and reopened but there still will be delays due to traffic backed up. Thank you for your patience.

VHPD and VHFD are on scene of a multiple vehicle traffic accident on I-459 northbound at mile marker 23 (just before the Liberty Park exit), which is causing a traffic delay due to lane blockage. Please find an alternative route is possible.

Tiger Lily has been rescued. Rescuers gave thanks to God for making it possible.
https://www.al.com/.../golden-retriever-stuck-in-vestavia..

A portion of Ridgely Drive, around the 3200 block, will be closed today from 6:30am to 11:00am due to road work. Please find an alternative route and drive safely. 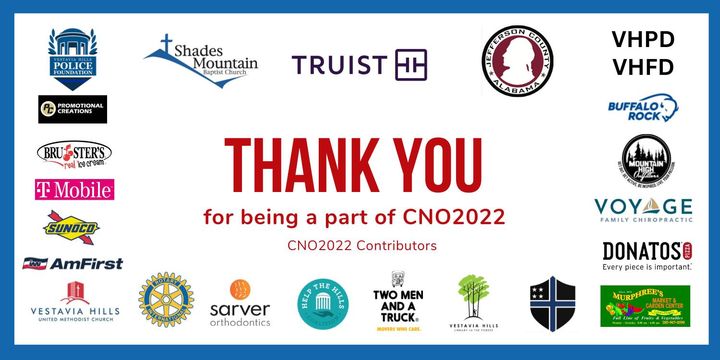 One more day until

See you this Thursday!

If you are interested in being a Police Officer/Deputy Sheriff, come join us for the physical ability test! The physical ability test will consist of push-ups, sit-ups, and a 1.5-mile run. For more information on how to prepare, see the Test Information Guide here
https://www.pbjcal.org/jobsquest/examguides/2022/PoliceOfficerDeputySheriff.pdf
or contact Jody Lecheler at 205.279.3599 or [email protected].

East St. between Nazha Ln. and Overheights Dr. is closed due to heavy water in the area. Birmingham Water Works along with VHPD are on scene. Please use Hillway Dr. as a detour.

The start date for paving work on Lake Parkway has been postponed to Wednesday of this week.

Paving activities are scheduled to begin TODAY (September 19) along Lake Parkway in Liberty Park. Work will include approximately 2 miles of milling, resurfacing and restriping from near the roundabout at Liberty Parkway to the intersection of Vestlake Ridge Drive. Weather permitting, work is scheduled to be complete within approximately 2 weeks. Please drive carefully and expect delays in this area.

***UPDATE***
Mr. Sapp has been located by officers in the area. He is currently being evaluated by our medics. Thanks to everyone who shared the post.

We can't wait to see everyone there. It's going to be a blast!

The Vestavia Hills Police Department is currently working an accident investigation on Altadena Road that will potentially impact afternoon carpool traffic. We have Altadena Road at Hickory Ridge Circle shut down to all traffic. Please find an alternate route for your afternoon travels. We will post updates on the situation ASAP. Thank you and drive safely

We can't wait to see you there!

Join us on 9-11 for a special memorial service with guest speaker and former secret service agent Michael Williams. Visit us online for more details at https://vestaviahillspolicefoundation.com. 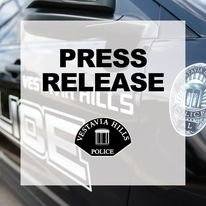 On Monday, September 05, 2022 at approximately 1 a.m. the Vestavia Hills Police Department was dispatched to the area of the AMC theater on Kentucky Avenue in response to a call of shots being fired.
Officers quickly arrived to the scene and took a suspect into custody. Preliminary investigations indicated that this was a domestic dispute. There were no injuries or property damage reported.
The suspect has been charged with Domestic Violence Menacing and Reckless Endangerment and is being held on bond in the Vestavia Hills jail.

Vehicles are blocking both lanes and Dolly Ridge road is currently closed at this intersection.

The entrance and exit ramps at Exit 23 (Liberty Park) on I-459 have been reopened.

The Alabama Highway Patrol has exit 23 (Liberty Park exit) closed for repaving. This includes all entrance and exit ramps for this exit. We will update everyone as soon as the exit is reopened.

This FREE seminar is for area seniors, their family members, friends and caregivers – anyone concerned about senior citizens. Representatives from various agencies will be available to discretely discuss sensitive matters and provide direction and assistance for our senior residents and their caregivers.

ALL ARE WELCOME! Join us to learn more about protecting our aging residents from scams and abuse.

Replacement of a drainage pipe near 3957 Kyle Lane is scheduled to begin the week of August 15. Local traffic will need to use Asbury Road as the detour route (see map). We anticipate the road will be closed to through traffic for approximately 2 weeks and construction will be ongoing for approximately 6-8 weeks with sporadic lane closures during that time. Individual homeowner driveways will remain accessible throughout the project. Please contact City of Vestavia Hills Public Services at 205.978.0150 with any specific concerns.

Mr. Earl Johnson has been located and is safe.

Wreck on 459SB at mile 21. 2lanes blocked. Use alternate route

Please help the Vestavia Hills Police Department locate Mr. Earl Sharron Johnson Jr.
Mr. Johnson was last seen picking up his dog from the Patton Chappell Animal Clinic on 08/2/2022 around 1:20 pm. He was seen getting into a red Toyota hatchback with an unknown tag number. He was reported to be alone.

If anyone has information about Mr. Johnson please contact the Vestavia Hills Police Department at 205-978-0139 or Detective Jimmy Coleman at 205-978-0115

The loop road around City Hall will be closed Monday – Wednesday this week as work continues on the Civic Center.
Thank you for your patience during this phase of the project.

Be the first to know and let us send you an email when Vestavia Hills Police Department posts news and promotions. Your email address will not be used for any other purpose, and you can unsubscribe at any time. 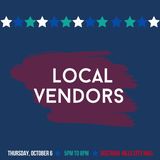 We can't wait to see everyone there. It's going to be a blast! #cno2022 #vestaviahillscno2022 #freefamilyfun

Here are some highlights form this year's Community Night Out. Please enjoy the video and be sure to mark your calendars for next years date. We will see you there on October 6, 2022!

Community Night Out is still on! We look forward to seeing you there at 5pm. Free food and refreshments Pumpkin patch Kid's activities and jump house DJ and entertainment Photo Booth Local vendors with swag Halloween costumes encouraged 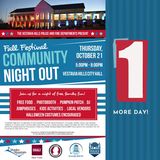 See you TOMORROW night at Community Night Out 2021! 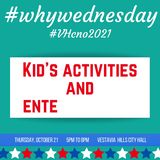 Why come to Community Night Out 2021? Music and kid’s activities and entertainment brought to you by @JAMM Entertainment Services. #vestaviahillsCNO2021 #freefamilyfun #WhyWednesday 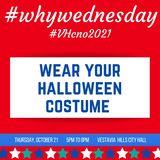 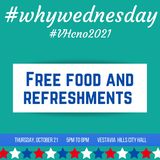 Why come to Community Night Out? Free food and refreshments thanks to the @Sunrise Rotary, Buffalo Rock, and more. #whywednesday #VHcno2021 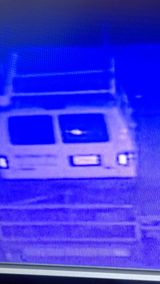 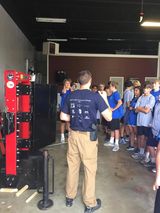 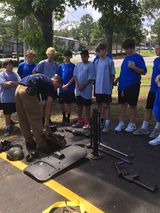 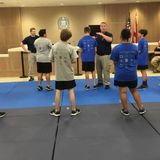 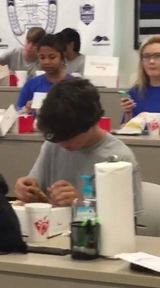 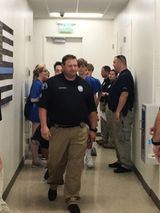 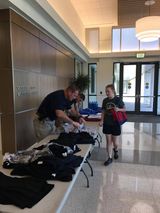 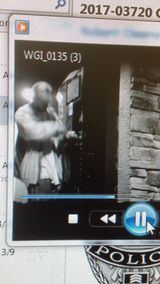 Today is National Law Enforcement Day. We want to honor today and everyday all the officers that protect and serve us. Thank you for you service and your dedication to our community.

Officer Stone was a U.S. Air Force veteran of the Persian Gulf War and had served with the Vestavia Hills Police Department for 15 years. He is survived by his wife and five children.
Shared from our neighbors at the Vestavia Hills Police Department regarding the traffic plan ahead of the opening of Chick-fil-A in Cahaba Heights on Crosshaven Drive.

We had a great time at Community Night Out! Thank you to the City of Vestavia Hills First Responders for putting on such a fun event each year!

There is no threat to public safety. All inquiries regarding the specifics of the case should be directed to Vestavia Hills Police Department.

Expect significant traffic delays in the area.
Thank you Vestavia Fire Department so much for taking care of my dog Aubie last night!!!! Thank you Vestavia Police Department and Vestavia Animal Clinic as well!!!!! He is happy to be back home! Love my community!
NEW VIDEO: Vestavia Hills Police Department arrested 2 burglary suspects yesterday evening in the 3900 block of Asbury Park Lane in Cahaba Heights. Police say call came in as burglary in progress. When they arrived, they found two people inside who didn't live there. The two people were taken to city jail and are awaiting formal charges from DA's office. Video from Jenn Horton WBRC
Join us next Saturday for our 9/11 Remembrance Service and Stair Climb! If you would like to participate in the Stair Climb, we do ask that you register ahead of time. You can find the info below.

You don't have to do the stair climb to participate! Come for the ceremony and/or donate to the Hoover Public Safety Charity Foundation. All proceeds will benefit this wonderful charity.