Medicare for All NOW

Medicare for All NOW

The Senate Budget Committee on Thursday, May 12, at 11 a.m. ET will hold a hearing titled “Medicare for All: Protecting Health, Saving Lives, Saving Money.”

The hearing will be livestreamed at the link below.

Amazon Must Stop Breaking the Law

Amazon Must Stop Breaking the Law

Corporate Profits are Soaring as Prices Rise: Are Corporate Greed and Profiteering Fueling Inflation? | U.S. Senate Committee On The Budget

LIVE: The Senate Budget Committee is holding a hearing titled "Corporate Profits are Soaring as Prices Rise: Are Corporate Greed and Profiteering Fueling Inflation?" Tune in below:

LIVE: The Senate Budget Committee is holding a hearing on the President’s Fiscal Year 2023 Budget Proposal

Join Chairman U.S. Senator Bernie Sanders and the Senate Budget Committee now for a committee hearing to consider the nomination of the Hon. Shalanda D. Young to be Director, and the Hon. Nani A. Coloretti to be Deputy Director, of the Office of Management and Budget.

LIVE: The Budget Committee is holding a hearing on President Biden's budget proposal, which is the most significant agenda for working families in the modern history of our country. Now is the time to think big, not small.

Watch: Waste, Fraud, Cost Overruns, and Auditing at the Pentagon

Watch: Waste, Fraud, Cost Overruns, and Auditing at the Pentagon

LIVE: The Senate Budget Committee is holding a hearing on the income and wealthy inequality crisis. The time is now to build an economy that works for all, not just the wealthy and huge corporations.

This morning, the Budget Committee considers the nomination of Shalanda Young – a long-time, highly-respected top aide to the House Appropriations Committee – to be Deputy Director of the Office of Management and Budget. Watch live here.

The Budget Committee is this morning holding a hearing on a simple question: Why should the taxpayers of this country subsidize starvation wages at some of the largest and most profitable corporations in America?

Inaction On Climate Change Is A Budget-Buster Share This: Sep 23 2014 Man-made climate change is a real threat to the security and fiscal health of our country, and responding to it is one of the most important challenges that we face. Just this weekend over 300,000 people from all over the world m…

Affordable Care Act Has Saved Consumers $9 Billion on Premiums Share This: Jul 24 2014 The Department of Health and Human Services announced today that a consumer protection in the Affordable Care Act (ACA) has saved American families $9 billion in unnecessary health care costs since 2011. The ACA i…

Senator Murray and NIH Director Collins Discuss Importance of Investing in Health Research and Innovation in Seattle. Share This: Aug 13 2014 Yesterday, Senator Murray visited the University of Washington’s South Lake Campus with Dr. Francis Collins, Director of the National Institutes of Health to…

The Costs of Inaction: The Economic and Budgetary Consequences of Climate Change - Hearings -...

10 AM Hearing - The Costs of Inaction: The Economic and Budgetary Consequences of Climate Change. Watch Live:

Meet the witnesses for next week's hearing: The Costs of Inaction: The Economic and Budgetary Consequences of Climate Change

ICYMI: Chairman Murray Holds a Hearing on The Impact of Student Loan Debt on Borrowers and the...

ICYMI: Chairman Murray Holds a Hearing on The Impact of Student Loan Debt on Borrowers and the Economy

10 AM: Committee Hearing on The Impact of Student Loan Debt on Borrowers and the Economy. Watch Live http://www.budget.senate.gov/democratic/public/index.cfm/hearings?ID=0d2f82bd-5286-40ec-91a9-e95ae885c01a

Chairman Patty Murray (D-WA) and the Senate Budget Committee will hold a hearing on the President’s Fiscal Year 2015 Budget and Revenue Proposals.

Chairman Patty Murray (D-WA) and the Senate Budget Committee held a hearing on the President's Fiscal Year 2015 Budget Proposal with Office of Management and... 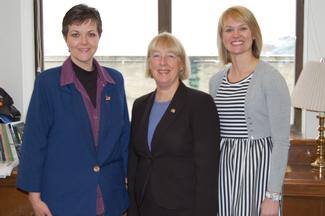 “The era of economic hostage-taking, ransom demands, and manufactured crises should finally be behind us.”

Washington, D.C—Today,Senator Patty Murray (D-WA), Chairman of the Budget Committee released the following statement on the House Republican plan to move forward with a debt ceiling bill with no ransom demands attached, as she and other Democrats have been demanding.

As House Republicans meet to argue about whether or not they should drop their empty debt limit demands or dream up new ones, take a look back at absurd GOP debt limit rhetoric and see if you can figure out who is saying what and when. Republicans have pursued the same irresponsible strategy the last two times they pushed the country to the brink of default before ultimately caving—so it won’t be easy to tell these headlines and quotes from the recent debt limit crises apart.

Bipartisanship is our responsibility

Chairman Murray's op-ed in "The Hill's" State of the Union special edition.

Congress has spent far too much time over the past few years lurching from crisis to crisis and engaging in partisan fights.

Chairman Murray: “We will not negotiate over whether or not the United States of America should pay its bills.”

Democrats are drawing their red line against debt limit concessions — again. Senate Budget Committee Chairwoman Patty Murray (D-Wash.) will release a letter later Friday saying Democrats will not heed any GOP demands in exchange for hiking the debt limit next month in the latest round of the f...

Take a look back at how Senate Budget Committee went from to a in 2013.

BREAKING: The Senate has passed the Bipartisan Budget Act of 2013 - 64-23. The legislation now heads to President Obama's desk for signature.

Tell your Senators to vote to approve this bipartisan :

Be the first to know and let us send you an email when Senate Budget Committee posts news and promotions. Your email address will not be used for any other purpose, and you can unsubscribe at any time.

LIVE: The Senate Budget Committee is holding a hearing on the President’s Fiscal Year 2023 Budget Proposal

Join Chairman U.S. Senator Bernie Sanders and the Senate Budget Committee now for a committee hearing to consider the nomination of the Hon. Shalanda D. Young to be Director, and the Hon. Nani A. Coloretti to be Deputy Director, of the Office of Management and Budget. 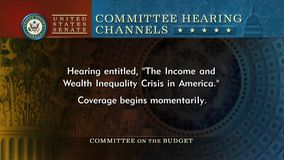 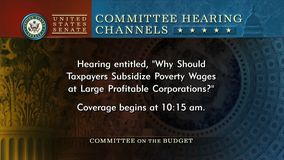 Our ancestor King Solomon used magic weapons to destroy the souls of the enemies of the Kingdom.
Solomon destroyed the souls of enemies in the imperishable world.
He sent the souls of enemies to the hall of unborn children in the 9th circle of Hell.
The screams of children drive crazy and the clients of the hall themselves did su***de - they threw themselves into the womb of the universal stomach, where they dissolved in image and likeness.
Weapons take away the motivation to commit a terrorist attack.
Help put weapons up for auction.
We will pay the commission on time.
We are ready to conclude an agreement and provide the service of destroying the souls of your enemies - terrorists.
Phone in Kiev: 0675515571.
Brotherhood of the Grotto.
https://www.facebook.com/AXJ.OR/videos/2043016569268673.

The most Criminal Official of Oregon late A.G. Dave Frohnmayer had deleted and removed all the record from Lane County that shows I've change my name to Nadia Sindi then he lift my old name Faika M. Sindi and change the first letter of my name made it Saika Findi!! and trapped me with a Criminal record since 1987!!

Late Oregon A.G. Dave Frohnmayer and Both D.A. Doug Harcleroad, Alex Gardner with the Lane County Sheriff, trapped me in a criminal record since 1987. They have changed first letter in my first name to "S" So I couldn't expunged it!!

My life with Liberal Klans in Oregon!!

Arab/Muslim Americans are treated less than animals! We are called Sand N…

We are being prosecuted in a daily basis! High tech lynching, institutionally racism! Especially for Arab women!!

Oregon late A.G. Dave Frohnmayer had my SS# blocked & prevented me from getting employed, made me homeless and jobless!

Dave Frohnmayer was the one who started & initiated the fraud of Foreclosed-houses & taking over our homes!

His bank robber Rep.Bob Ackerman, Doug McCool, UO Prof. Margaret Hallock. Hired Scarlet Lee/Barnhart Associates. Forged my family’s signature. Gave our fully paid Condo to the thief Broker Bob Ogle, his mom Karen Ogle was working in the USA Consulate in Jeddah, Saudi Arabia. She administered the power of attorney to have my sister signature, added her son to the deed. Sold without my signature!

Bob Ackerman had never responded to the Summon from the Court, and the sheriff never served me or arrested him either!!
ThIs is what kind of criminal government we have in Oregon!!

Both D.A. Doug Harcleroad, Alex Gardner told me they have NO JURISDICTION on Frohnmayer! Oregon criminal Officials are complicit with these crimes against me!

Both EPD, Lane County Sheriff Dept. and the FBI had been told to step down from investigating the bank robber Rep. Bob Ackerman & the rest of Lane County Criminal Officials are complicit with him!!

Oregon government is complicit with their crimes!!

Dave Frohnmayer was going to kill me by sending some fabricated story after he called the manager where I used to live to tell her he was waiting for him to pick him up from the Airport! Then Frohnmayer sent me a team of Doctors for Mental health to Evaluate me!

https://uomatters.com/tag/dave-frohnmayer-uo-president?fbclid=IwAR1qI1qm6ta1TnXfI9F1r-vjv9XMemLhurXjKptJsvUPHiDJJaFcdmriLhM
Click here to watch a fascinating CSID interview with Law Professor Noah Feldman regarding disturbing about Developments in . Simply put - What happened in Tunis is a “COUP D’ETAT”

https://www.youtube.com/watch?v=ls8LPUUynx0
Senator Sanders, when can we expect those recurring stimulus checks you talked about during your campaign?
Immigration reform is needed to address the real challenges that we face. As a member of Senate Budget Committee, I joined Jake Tapper to discuss our path forward on getting immigration reform done.
As Senate Budget Committee moves forward with a reconciliation budget package, we can’t allow any bad amendments that would stand in the way of providing permanent, comprehensive health care coverage to low-income working adults. Make sure a coverage gap fix stays: https://www.tnjustice.org/close-the-gap/
NEW: Good to see U.S. Senator Bernie Sanders has included Medicare dental, hearing, and vision care in his new Senate Budget Committee reconciliation memo. Working with his office, I've authored legislation in the House to implement this expansion of Medicare coverage.

Much work lies ahead to overcome Republican opposition to our shared objective.
Servicemembers and their families deserve quality facilities with sufficient capacity for child care and decent, safe, modern housing.

That is why I’m calling on the House Budget Committee and the Senate Budget Committee to invest $15B to improve the quality of life of our men and women in uniform.
Senate Budget Committee Chair Bernie Sanders just confirmed that Dem lawmakers are planning to address coverage gap through reconciliation. Details are still in flux.
recently published a framework for ensuring an equitable solution. https://healthlaw.org/resource/closing-the-medicaid-coverage-gap-preventing-a-separate-and-unequal-result/
I joined Congressman Michael Cloud and 35 colleagues in writing to House Budget Committee and Senate Budget Committee, urging them to require the Congressional Budget Office to consider debt service costs when estimating legislation costs. America is barreling toward a devastating insolvency and bankruptcy if we don’t rein in spending!
I'M CALLING for RUSSIAN PARKOUR Gymnasts
UKRAINE:KAZAKHSTAN:ALASKA:JAPAN=Russ
If every soldier are like Putin, Russia be greater!
Japan - The Government of Japan was Russian
Alaska National Parks were formerly of russian
Міністерство оборони УкраїниReuniterussian
China Culture was not invaded for Russian ally!