Be part of an active force for progress in your Coast Guard, and in your community. Join the United States Coast Guard Enlisted Association. The CGEA is an Association conceived of and administered by the USCG Chief Petty Officers Association (CPOA) formally approved by the CPOA Board of Directors on 16 August 1991.

It is a part of the CPOA, and as such, is qualified as a "Not For Profit" organization as specified in Section 501(c)(19) of the IRS Code. It is not a part of the US Coast Guard or any government agency.

It is a part of the CPOA, and as such, is qualified as a "Not For Profit" organization as specified in Section 501(c)(19) of the IRS Code. It is not a part of the US Coast Guard or any government agency.

Today is #MilitarySpouseAppreciationDay! Make sure you thank any military spouses you know for their sacrifices, selflessness and courage. After all, they are the backbone of military families!

On 11/12/2016 CGEA attended Family Volunteer Day at the Armed Forces Retirement Home in DC to honor five veterans with a honor salute.

The Western Rivers Flood Punt Team has been busy, transporting water to 13 households, as well as transporting 20 people from isolated high points to a safer location.

The crews have also responded to 3 separate 911 calls for medical emergencies, where the crew transported the subjects while local EMS personnel on board provided medical assistance.

The Western Rivers Flood Punt Team was also able to clear a fallen tree that would have been a hazard to a local roadway when the water levels recede.

The Real Rambo? Please Hit Like & Comment if this story makes your proud to be a Vet! 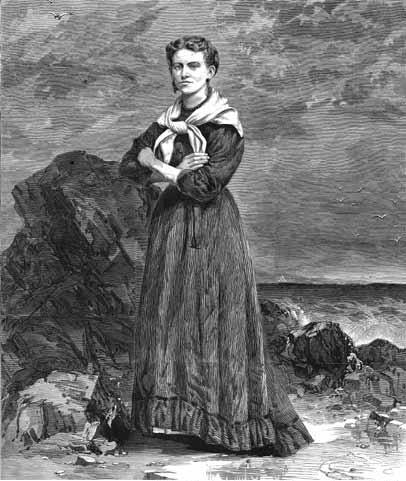 #HappyBirthday to lighthouse keeper Idawalley Zorada Lewis, born #OnThisDay in 1842. Lewis grew up in Newport, Rhode Island and her father was a captain. He became the first keeper of Lime Rock, Rhode Island but soon his health declined. As the oldest child, Lewis took care of her sick father, the lighthouse, and her siblings. Each morning she rowed her siblings from the small island where the lighthouse sat to the mainland so they could attend school. Lewis also filled the lamp in the lighthouse with oil every night at sundown and again at midnight to ensure no boats were in danger. At 16, Lewis performed her first rescue; she saved four boys after their boat capsized. After Lewis's father died she applied to be the official keeper and in 1879 was appointed. She would hold the position until her death. During her 39 years of working at Lime Rock Lighthouse Station, Lewis is credited with saving 18 lives. The last rescue was when Lewis was 63 years old. For her work she was awarded the Gold Lifesaving Medal by the U.S. Coast Guard. (Photo Credit: The Mariners’ Museum Newport News, VA) #womenshistory

He single-handedly pulled four fisherman more than 250 yards in 57-degree water from their life raft to shore. Each of the fishermen were the same size or bigger than the 6-foot, 175-pound #USCG rescue swimmer.

This isn't a math equation, but a real life rescue for which Petty Officer 2nd Class Darren Harrity was just awarded the Coast Guard Medal for performing.

More about the medal: http://goo.gl/HWTBwY

More about the rescue: http://goo.gl/wROzFk 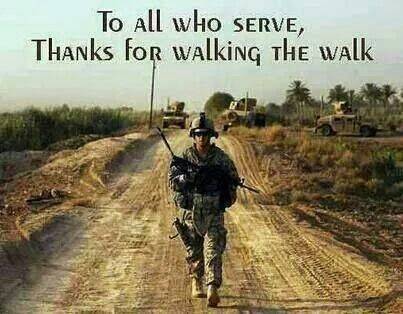 The mock-burial was attended by more than 200 people.

The "Hall of Admirals" is USUALLY adorned with paintings of past LANTAREA commanders .... at least, that's what it USED to be like, until some mischievous elves went to work to redecorate. We hope you enjoy our holiday hijinks!

Julia and Neal Jette were honored when they discovered that their flight would be carrying a fallen soldier home. But when an airline employee starts doing THIS? They're so lucky they caught this on tape!

An American Idol Star Rocked The National Anthem During This Celebration For Our Nation’s Fallen!

An American Idol Star Rocked The National Anthem During This Celebration For Our Nation’s Fallen!

This story is so heartbreaking, but she gives us all hope.

Bravery. Honor. Sacrifice. These are just a few words that exemplify our nation’s #Veterans. On #VeteransDay — and every day — we show our appreciation for these courageous men and women. Take a moment to watch Veterans’ inspiring stories of strength in the Make the Connection video gallery.

At exactly 11:11 a.m. every Veteran’s Day (Nov. 11), the sun aligns perfectly with the Anthem Veteran’s Memorial in Arizona to shine through the ellipses of the five marble pillars representing each branch of the Armed Forces, illuminating The Great Seal of the United States

Happy birthday Marines! Thank you for your service!

The Chief Warrant Officer Panel was a successful event. We would like to thank everyone who came especially the Warrant officers who imparted their knowledge on being warrant officers in the Coast Guard! We look forward in our many collaborated efforts to empower the junior enlisted members! :)

7 incredible stories of heroism on 9/11

7 incredible stories of heroism on 9/11

Nearly 3,000 people lost their lives on Sep. 11, 2001, after al Qaeda hijackers flew airplanes into the Pentagon and the World Trade Center in New York. More than 6,000 were injured.

To commemorate the hardworking men and women who brought the National 9/11 Memorial & Museum to life.

Tomorrow, we commemorate the victims of Sept 11 terrorist attack and honor the brave men and women who responded to the call. Let's all pledge to do even just one good deed to make 9/11 filled with love and care. Check the link for more information. #911day #onegooddeed #neverforget

By Gov Loop Though government workers serve every day, September 11 is a special reason to give back to the community in a whole new way. The 9/11 National Day of Service and Remembrance is a way to pay tribute to the victims of the September 11, 2001 terror attacks and honor the remarkable communit… This year at the CPOA/CGEA Convention, we had the distinct honor of having the author of "Guardian of Guadalcanal," Gary Williams, present his research. His passion and enthusiasm for Douglas Monroe's story was impactful. He shared information that we, as Coast Guardsmen, had never even heard before about our service's hero and Medal of Honor recipient. Petty Officer Monroe's personal story, alone, is wonderful. All is shared in this book. It is amazing and a highly recommended read! We haven't been able to put it down! It is available on Amazon. Share shamelessly!

Happy 225th birthday to the U.S. Coast Guard! That may seem like a long time, but it's only about 3 times the age of our oldest serving cutter... http://clawofknowledge.blogspot.com/2015/08/what-has-coast-guard-been-up-to-for.html They look like a normal couple, but when the camera pans down...I'm floored

They look like a normal couple, but when the camera pans down...I'm floored

Taylor Morris was leading a team of Army Special forces when he stepped on an IED, and his life changed forever.

Be the first to know and let us send you an email when Coast Guard Enlisted Association- DC Metropolitan Branch posts news and promotions. Your email address will not be used for any other purpose, and you can unsubscribe at any time.