With great pride, today we celebrate the 50th anniversary of diplomatic relations between #QatarUSA. United in our goals to advance #security, #stability and economic #progress, our partnership continues to flourish and grow with close coordination and mutual support. #QatarUSA50

With great pride, today we celebrate the 50th anniversary of diplomatic relations between #QatarUSA. United in our goals to advance #security, #stability and economic #progress, our partnership continues to flourish and grow with close coordination and mutual support. #QatarUSA50

Check out our special #QatarNationalSportsDay message from our friends at Monummetal Sports and Capital One Arena. Be sure to get out and be active today! #QNSD

His Highness the Amir Sheikh @Tamim has concluded his visit to the U.S. capital. During his visit, HH held many meetings, such as a meeting with President Biden @Potus at the White House. Both leaders underscored the success & longevity of the #QatarUSA relationship, which was reflected by the announcement @Potus made to designate Qatar as a major non-Nato ally. HH the Amir also visited the Pentagon to meet with HE Lloyd Austin - Secretary of Defense, to discuss strategic cooperation in areas of defense & military, as well as joint efforts towards regional & international developments. In addition, HH the Amir hosted HE Alejandro Mayorkas - Secretary of Homeland Security, at his residence in D.C. to discuss ways of developing & strengthening cooperation in the field of security.

We wish you a Merry Christmas! 🎄

Futures that Unite: the #QatarUSA Portal
We partnered with the @smithsonianaib "FUTURES" exhibition to create a 2 portal hologram bar connecting people in Qatar’s @msheirebproperties & Washington D.C. The portal also serves as a virtual time capsule, saving messages of hope for the future. Learn more about the technology that makes this possible, and check it out this weekend in Washington D.C.!

12/11/2021 - A day to remember! Deputy Prime Minister and Minister of Foreign Affairs Sheikh Mohammed bin Abdulrahman Al Thani & Secretary of State Antony J. Blinken led the fourth U.S.-Qatar Strategic Dialogue in Washington, DC. A testament to our strong partnership, this year’s dialogue addressed regional & global issues, as well as advanced bilateral cooperation in the areas of health, humanitarian assistance, international development, labor and human rights, security cooperation, climate change, trade & investment, culture, and education. The #US and #Qatar signed several accords, including an Arrangement on the Protection of U.S. Interests in Afghanistan and an MOU on Cooperation to Host Individuals at Risk Due to the Situation in Afghanistan.

We would like to congratulate the Qatari champion Rashid Al-Hajri, who successfully finished the Boston Marathon. Mr. Al-Hajri is now considered as the first runner from the Gulf to have been able to complete 6 of the most major marathons in the world! We are very proud of this achievement 🏃‍♂️👏🏼🇶🇦 @rralhajri We’re sharing our love for soccer with @orangecountysoccer, and celebrating our military facilities across Southern California! As part of our continued partnership with @orangecountysoccer, we celebrated Military Appreciation Night at Championship Soccer Stadium with the Club, military members, and their families on Saturday. Click the link in our bio for more on our work supporting military families! #QSports

Eid Adha Mubarak to you and your loved ones. We wish you joyful celebrations!

Eid Mubarak to you and your loved ones! We wish you joyful celebrations.

Sending out a very warm welcome to the National Qatar Football team and wishing them the best of luck tonight on the opening match! Check out the link in our bio for His Excellency Meshael bin Hamad Al Thani, Ambassador of the State of Qatar to the United States’ full statement about Qatar’s participation in Concacaf’s Gold Cup! 🇶🇦🇶🇦🇶🇦

The Embassy of the State of Qatar to the United States wishes all a Happy Fourth of July! #HappyIndependenceDay

In collaboration with the National Medal of Honor Museum, His Excellency Meshal bin Hamad Al Thani, Ambassador of the State of Qatar to the United States, hosted National Medal of Honor recipients Major General Patrick Brady, Lieutenant Colonel William Swenson, and Colonel Jack Jacobs at his residence in recognition of the enduring partnership between the Qatar Armed Forces and the U.S. Armed Forces.

Today we unveil the 2021 Qatar National Day slogan… check out this video to learn about the meaning behind the poet's words. ‎⁦‪#QND2021‬⁩
‎⁧‫#مرابع_الأجداد_أمانة‬⁩

This Monday, June 14th we will be unveiling the 2021 Qatar National Day logo, which captures our storied history, deep traditions and bright future. Tune in for a first glimpse!

From the Embassy of the State of Qatar to the United States, #Eid Mubarak! Wishing happiness, peace, and prosperity to all on this blessed occasion.

This week, players of the National Women’s Soccer League’s Washington Spirit spent a week in Doha to participate in the first exchange of the upcoming 2021 Qatar-USA Year of Culture and learn more about the first World Cup to be hosted in the Middle East, the 2022 tournament in Qatar. The players kicked off the trip with a friendly mixed match between the Spirit and Qatar Women’s Football Team and led soccer clinics for kids from Qatar Foundation, Shafallah and Best Buddies Qatar. They toured cultural institutions like the National Museum of Qatar and the Museum of Islamic Art, and met with leaders of Qatar’s sport industry from BeIN Sports, Qatar Football Association, Aspire Academy, and the Supreme Committee for Delivery and Legacy.

Happy #Thanksgiving from the Embassy of the State of Qatar. Have a safe, healthy, and joyous holiday.

Last week, Vice Consul Khalid Al Sulaiti of the @qatarcons_hou joined @targethungerhouston during their annual #Thanksgiving food delivery. Through a partnership with the Embassy of the State of Qatar, over 100 volunteer drivers distributed 800 turkeys and meal kits to food insecure homes in #Houston. In observance of recommended COVID-19 practices, strict public health protocols were put in place to ensure food delivery was done safely and with minimal contact.

The #Qatar2022 @fifaworldcup has been designed to offer breathtaking and technologically advanced stadiums that are also fully #CarbonNeutral. From the very beginning, #Qatar's focus has been to ensure the ultimate fan experience during the very first #WorldCup to be held in the Arab World. #2YearsToGo @roadto2022en

#2YearsToGo until the first kickoff of #Qatar2022 @fifaworldcup.

In 2017, #Qatar established the Qatar Harvey Fund to help rebuild storm ravaged communities. This week, ground was broken in @hcprecinct4 for the Alabonson Park project which will provide sport and recreation green spaces and vital flood mitigation to the people of #HarrisCounty. The Alabonson Park project is just one of many ongoing initiatives that Qatar is engaged with that help encourage development and prosperity along the #GulfCoast. @qatarcons_hou #Texas, #QatarCares, #HurricaneHarvey, #HurricaneHarveyFund, #AlabonsonPark, #Development, #socialgood, #GivingBack, #Community.

Welcome! You are invited to join a webinar: Qatar’s Value Proposition & Resiliency: Why Qatar Remains a Primary Investment Destination for U.S. Companies. After registering, you will receive a confirmation email about joining the webinar.

Join US-Qatar Business Council and Invest Qatar today at 12pm EST for “Qatar’s Value Proposition & Resiliency: Why Qatar Remains a Primary Investment Destination for U.S. Companies,” a webinar on Qatar's resiliency and promising investment landscape with a multitude of opportunities across sectors. Don’t miss the chance to hear real success stories and testimonials on what makes Qatar so valuable to American investors and register now:

The US-Qatar Business Council (USQBC) and the Investment Promotion Agency Qatar (IPA Qatar) cordially invite you to attend this webinar which will highlight the value proposition of Qatar to American investors. As the country's new umbrella organization for FDI attraction, IPA Qatar oversees investm...

The State of Qatar Deputy Minister and Minister of State for Defense Affairs HE Dr. Khalid bin Mohamed Al Attiyah met with Charleston Sister Cities International Honorary Chairman and City of Charleston Mayor John Tecklenburg. Their meeting reviewed aspects of cooperation between the State of Qatar and the City of Charleston, and ways of promoting our close ties. The US and Qatar remained focused on enhancing regional stability and ensuring a strong domestic and regional business environment.

A Doha-Charleston Sister Cities Internationall Committee Delegation to Doha, Qatar was scheduled for March 2020, and has been postponed to 2021 due to COVID-19.

In addition to being home to over 800 U.S. companies, Qatar also offers world-class free-trade zones and diverse investment opportunities. During the Commercial Cooperation session of #StrategicDialogue2020, the Under Secretary of Commerce and Industry, His Excellency Sultan bin Rashid Al-Khater spoke with his counterpart, Deputy Assistant Secretary for Economic and Business Affairs Peter Haas, about the many benefits and incentives that are available to U.S. firms operating in the country. Learn more about Qatar’s vibrant commercial environment through the link in our bio. #InvestinQatar

Cultivating a more robust and resilient defense and security partnership between the #US and #Qatar was central to the military discussions that were held during #StrategicDialogue2020. Together, the Director of the International Military Cooperation Authority Brigadier General Abdul Aziz Al-Sulaiti and Principal Director for Middle East Policy at the Department of Defense Jennifer Zakriski, led a dialogue that centered on expanding current operations between the US and Qatar, while outlining future plans to improve security and stability in the region. Learn more about ongoing joint defense cooperation through the link in our bio.

During the Culture and Education Cooperation session of the 3rd annual US-Qatar Strategic Dialogue, Assistant Secretary of State for Educational and Cultural Affairs Marie Royce and Undersecretary of the Ministry of Education and Higher Education Dr. Ibrahim Al-Naimi discussed opportunities for collaboration during the 2021 #YearOfCulture. Special focus was given to the importance of enhancing and promoting academic and cultural exchange programs for Qatari and American students.

During the 3rd Annual U.S.-Qatar Strategic Dialogue’s Virtual Business Forum, the Minister of Commerce and Industry His Excellency Ali bin Ahmed Al Kuwari addressed US firms interested in operating in Qatar saying: “in Qatar, you will find a true partner, where you can be confident your companies will have every opportunity to flourish.”

The 3rd annual US-Qatar Strategic Dialogue began this week in Washington DC. Learn more about the joint resolutions planned for the year to come. https://bit.ly/3hDzYP7

Be the first to know and let us send you an email when Embassy of the State of Qatar posts news and promotions. Your email address will not be used for any other purpose, and you can unsubscribe at any time.

Send a message to Embassy of the State of Qatar: 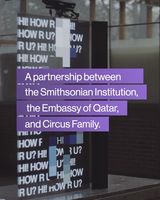 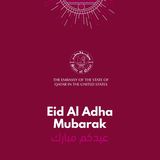 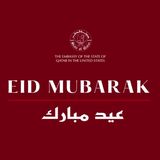 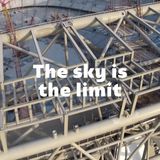 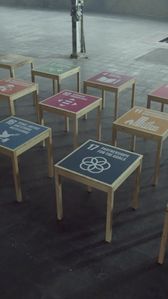 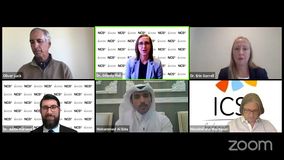 The Future of Major Sports: Health, Safety, and Security in a Post-COVID World 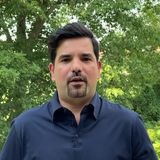 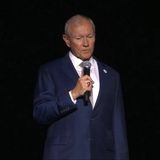 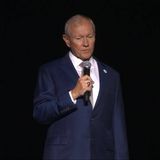 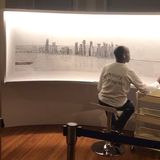 If the problem is Iran why those measures being taken against ...