Operation: Deploy Your Dress has 3 locations, and will hold an event in D.C. on April 29-30. 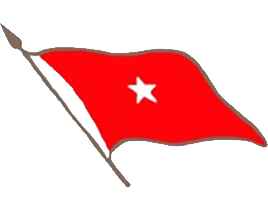 Congratulations to 1LT(P) Haywood on his selection for promotion to Captain by the Department of the Army selection board. 1LT(P) Haywood is the Commander of the 104th Maintenance Company in the 74th Troop Command. On this day in 1941, the Military Police Corps became a permanent branch of the . While the corps celebrates its 75th birthday this year, its roots can be traced back to the formation of a provost unit, the Marechaussee Corps, during the Revolutionary War. With a name borrowed from the French term for provost troops, the special unit was assigned by General George Washington to perform those necessary police functions required in camp and in the field. The U.S. Army Soldiers who serve as Military Police today continue those same traditions of duty, service, and security.

A few pics from my run this morning. Did you PT?

Inside a Hero Fighter Pilot's Decision to Give His Life in Kamikaze Mission on 9/11: 'We Were Going to Do the Unthinkable'

Inside a Hero Fighter Pilot's Decision to Give His Life in Kamikaze Mission on 9/11: 'We Were Going to Do the Unthinkable'

The Flight 93 passengers who took down their plane are "the real heroes," Marc Sasseville tells PEOPLE

The men and women of the Defense Department will never forget the lives of the Americans lost on this day.

Well it's official. After three and a half years of leading this great organizaion, I will relinquish Command to COL Weir effective 1 October. I know he will do a fantastic job and you will all give him your full support. Still, they may have to pry the Troop Command Colors from my hands. It has truly been an honor and a pleasure. I have one month left so don't write me off yet. I'll be assuming the J-3 position for DC starting 1 Oct. I would expect the change of command ceremony to be during October's drill. Dragon six.

Joint Base Anacostia-Bolling has long been associated with the Air Force Band when it comes to music. However, the DC Army National Guard Band also carries a tune on base.

Had a great visit with the 547th Transportation Company this week. Great Soldiers, great training. Keep up the good work.

Army War College Graduation today with the 39th Chief of Staff of the Army, GEN Milley, as the guest speaker. Congratulations LTC Gore on your graduation and Masters Degree!

WASHINGTON (Army News Service, June 2, 2016) -- Put on a pot of Earl Grey, because the next time the sergeant major of the Army comes to your installation, he just may be hosting a book club where he and Soldiers will discuss titles with subject matter relevant to the profession of soldiering. Wh...

With fewer civilian contractors for support, the Army has initiated a training program that goes back to the basics of military self-sufficiency.

General registration is opened today at 0700. Who's in!?

Registration General Registration Presented by General Dynamics opens May 25 at 7:00am EDT. When you register, you will automatically receive a confirmation receipt from MarathonGuide.com. ATM will send a confirmation email in 24-48 hours later. Under the Registration navigation pull down menu is th...

Early registration opened today. I'm registered along with my wife and oldest son.

Ladies and gentlemen, the M-2.

DC National Guard Ball 2016. My Command Sergeant Major and I.

Be the first to know and let us send you an email when Commander, 74th Troop Command posts news and promotions. Your email address will not be used for any other purpose, and you can unsubscribe at any time.