The WMD Center facilitates a greater understanding of the challenges presented by nuclear, biological, and chemical weapons to U.S. security interests.

Join us on November 18 for a CSWMD Spotlight Webinar discussion on “China’s Coercive Toolkit in Strategic Competition” with the Asia Program Director at The German Marshall Fund of the United States, Bonnie Glaser. This talk will address China’s coercive efforts as sources of power in a strategically competitive environment.

Good morning everyone! We will be phasing out the CSWMD page and would like to invite you to follow us on LinkedIn! Our LinkedIn pages will have the latest information for up and coming CSWMD events, publications, and posting. We look forward to seeing you there!

Iran has launched a new generation of advanced centrifuges to enrich uranium, the nation's nuclear chief announced Monday, the latest in a series of violations of the nuclear deal signed between Tehran and world powers in 2015.

After a 2016 arms shipment was uncovered, officials in Cairo worried about blackmail risks as North Koreans threatened to expose the deal, documents show.

#OTDinWMD in 2018, The United States Department of Justice unsealed a criminal complaint that detailed the arrest of a man who attempted to possess radiological material. Learn more here: https://www.justice.gov/usao-wdwi/pr/complaint-unsealed-charging-man-attempting-possess-radioactive-material

#TodayinWMDNews Seized North Korea cargo ship awarded to the United States due to its violation of United Nations sanctions placed upon the North Korean government due to its weapons tests. NBC News Photo Credit: The United States Department of Justice https://www.nbcnews.com/news/us-news/seized-north-korean-cargo-ship-awarded-united-states-n1069761

A judge awarded Washington ownership of the Wise Honest after two families with claims against North Korea agreed to cooperate with the action.

ICYMI: Only 10 days left to apply! INSS' Center for Strategic Research (CSR) is hiring for a Research Fellow and a Distinguished Research Fellow. The CSR provides strategic analysis to the Secretary of Defense, Chairman of the Joint Chiefs of Staff, and the Combatant Commands on key functional and regional issues that serve the common defense. Check out the link for more information and to apply: https://www.usajobs.gov/Search?a=DD69

A month before invading Kurdish areas in Syria, Turkey’s president said he “cannot accept” the West’s restrictions that keep him from a bomb.

Some facilities that had been damaged in 2011 were hit again over the weekend in a region of Japan that can never seem to catch a break.

JPEO for Chemical, Biological, Radiological and Nuclear Defense is the joint service’s lead for development, acquisition, fielding and life cycle support of chemical, biological, radiological and nuclear defense equipment and medical countermeasures. The program puts capable and supportable systems in the hands of service members and first responders, when and where it is needed, at an affordable price. #KnowYourMil

The missile appeared to have been launched from the sea and flew 280 miles.

Pyongyang and Washington will restart dialogue in an attempt to narrow their differences on how to terminate the North’s nuclear weapons program.

Post-INF Treaty: The Future of Arms Competition, the End of Nuclear Arms Control?

Tanks, Missiles and No Pigeons: China to Celebrate 70th Birthday of the People’s Republic

China’s leader, Xi Jinping, will use a military parade commemorating the 70th anniversary of Communist rule to highlight his power in the face of rising challenges.

#SubSunday
Ballistic missile submarines, often referred to as “#boomers,” serve as an undetectable launch platform for submarine-launched ballistic missiles. These submarines, designed for stealth and on constant patrol, are the most survivable leg of the #NuclearTriad with enough firepower on board to make just one #SSBN an extremely credible strategic deterrent

Around 130 firefighters are tackling a large fire which broke out in the early hours of Thursday at a French chemical factory.

Turkish President Tayyip Erdogan on Tuesday said nuclear power should either be ...

Iranian President Hassan Rouhani on Tuesday reportedly said he would consider small changes to a 2015 nuclear deal with the U.S. and other countries if the Trump administration lifts sanctions on his country.

A visit by Kim Jong-un would be the first by a North Korean leader south of the Demilitarized Zone separating the two countries.

Due to a problem with announcement NDU-19-10548020, the vacancies need to be re-announced. This was outside our control and doing 2 new announcements is the fix. We are sorry, but we want to ensure all Research Fellow candidates are reviewed. Announcement: https://usajobs.gov/GetJob/ViewDetails/546495500

Due to a problem with announcement NDU-19-10548020, the vacancies need to be re-announced. This was outside our control and doing 2 new announcements is the fix. We are sorry, but we want to ensure all Senior Research Fellow applicants are reviewed. https://www.usajobs.gov/GetJob/ViewDetails/546495800 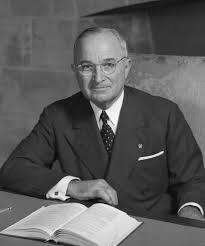 WHO accuses Tanzania of withholding information about suspected Ebola cases

The World Health Organization pleaded for cooperation from the Tanzanian government and expressed particular concern about a doctor who died after falling sick with Ebola-like symptoms.

A Pakistani cabinet member tells Newsweek he is "extremely worried about an escalation" from India in response to the situation in Kashmir.

On September 20, 2017, the Treaty on the Prohibition of Nuclear Weapons was opened for signature. To date seventy countries have signed this treaty. Full list of signatories here: United Nations https://www.un.org/disarmament/wmd/nuclear/tpnw/ #OTDinWMD 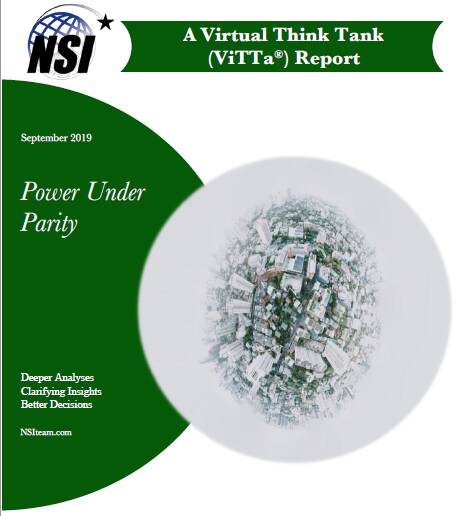 A metal tank exploded and launched into the sky Wednesday after a raging fire engulfed a chemical factory in Istanbul, injuring two firefighters battling the blaze and sending bystanders fleeing for cover.

View CNN's Fast Facts to learn more about the United Nation's inspection for weapons of mass destruction (WMD) in Iraq from 1991 to 2007.

Be the first to know and let us send you an email when Center for the Study of Weapons of Mass Destruction posts news and promotions. Your email address will not be used for any other purpose, and you can unsubscribe at any time.

Send a message to Center for the Study of Weapons of Mass Destruction:

CSWMD is excited to announce that Senior Research Fellow, Dr. Justin Anderson's analysis at the Stimson Center's event, "The Nuclear Future: Can There Be Order Without Trust" was featured on Voice of America - VOA-Korea

The Center for the Study of Weapons of Mass Destruction is at the forefront of education and research on the impact of weapons of mass destruction (WMD) on U.S. and global security.

The Center was established in 1994 as the Center for Counterproliferation Research at the request of then Assistant Secretary of Defense Ashton Carter as an outgrowth of the Defense Counterproliferation Initiative. Ambassador Robert Joseph, who later served as a Special Assistant to the President on the National Security Council staff and as an Under Secretary of State under President George W. Bush, served as the Center’s first Director.

In 2001, Dr. John Reichart succeeded Ambassador Joseph as Director, and the Center expanded its research from WMD challenges to the military to encompass a full spectrum of WMD issues affecting a broad set of U.S. government departments and agencies. In 2004, the Center for Counterproliferation Research changed its name to the Center for the Study of Weapons of Mass Destruction to reflect this change in mission. In 2008, pursuant to the Chairman, Joint Chiefs of Staff Instruction 1801.01C, the Center became the focal point for WMD education in Joint Professional Military Education. In 2015, Mr. Charles Lutes succeeded Dr. Reichart as Director, following Dr. Reichart’s retirement after more than forty years of government service.

Throughout its history, the Center has maintained a broad mandate for education, research, and outreach, and has pursued ambitious initiatives in these areas. Its research contributes to the understanding of the security implications of WMD, as well as to the challenge of fashioning effective responses. The Center is actively engaged on pressing and emerging WMD issues, such as interdiction, elimination, consequence management, deterrence, and escalation management. It also examines responses to new and evolving WMD threats, including nuclear terrorism, bioterrorism and nontraditional agents, and assists combatant commands in preparing to deal with the operational impact of chemical and biological weapons.

Through its education, research, and outreach programs, the Center seeks to enhance awareness in the next generation of military and civilian leaders of the WMD threat. In addition to the Center’s courses on countering WMD and consequence management at National Defense University, staff members also lecture on WMD issues widely and across the academic and operational spectrum. The Center is building a cadre of future leaders knowledgeable about WMD through its innovative Program for Emerging Leaders. It also administers a unique Master of Science in WMD Studies program for DoD personnel in conjunction with Missouri State University. The Center further hosts an annual symposium and monthly WMD Spotlight Seminars to address topical WMD issues, as well as other conferences, workshops, and seminars throughout the year.

Other Government Buildings in Washington D.C.

Murdering PHILIPPINE History by CHINA's FUJIAN [email protected] must be PUNISHABLE by "ANTI-TERRORISM" bill! Dr. JOSE RIZAL Wrote His LAST Breath of LIFE in order to Discourage ALL Foreign INVADING Force of CHINESE Communist Party of China, That the Philippines is NOT AN INHERITANCE of CHINA from Fujian ANCESTORS but RATHER Our Beloved Eden Philippines is a GIFT of HEAVENS & Earth inherited by PILIPINOS from Our Creator GOD! Do you Think, Fujian Chinese Ancestors are the Founding Father of the 7,641 Islands of the Eastern Region of the Sun of the Sea Orient (Sea of the Far East) Under the Sky of the Enchanted Land of Our Beloved NATION? Click This Link https://twitter.com/abscbnnews/status/1064438126997880832 TO SEE HOW CHINA is trying to MANIPULATE the "LAST FAREWELL of DR. JOSE RIZAL" in "HONOR of FUJIAN DYNASTY'S VILLAGE in Jinjiang & Xiamen" to PRAISE the NAMES of the Chinese root great-grandfather of the Famous Witchcraft Historian's Ancestors of CHINA's FUJIAN PROVINCE! = The League of Fujian Students who infiltrated our Universities and Political System in order to BUILD ILLUSIONS that represent 51 years of Communist Cover-up Drama of different Actors on Engineering Philippine's Silent Invasion in order to CHART the Historic Lies 9-dash Lines of CCP-Terrorist Ancestors who FOUGHT for the Founding of NEW CHINA or "IISANG DAGAT Heal as ONE" Scam INSTEAD of PROTECTING/DEFENDING the SOVEREIGN Patrimony of God to our Lost Eden PHILIPPINES! Spreading lies and Deception can be a Weapon of Mass Destruction! https://www.youtube.com/watch?v=K2d9OJBxCmY&t=363s Stealing of Dr. Jose Rizal's Last Farewell and PILIPINOS Believing Lies and Deception of Chinese Fujian [email protected] means ONE THING! The Origin of the PILIPINO CIVILIZATION will VANISH forever, FUJIAN CHINESE TRIAD of CHINA is IN THE PHILIPPINES is in the PROCESS DELETING "ROOT ANCESTRY of the PILIPINOS" in our OWN HOME and COUNTRY, this is EQUIVALENT of "DELETING and REMOVING" our HUMAN IDENTITY from the Lineage of Adam after our Ancestors has been Created by God. (Genesis 1:26-28/Genesis 2:7-8/Genesis 10:5/John 8:41-42/Mat 6:9-13) If any CITIZENS of this COUNTRY are NOT AWARE of the PHILIPPINE History, they are considered to be a THREAT TO THE NATIONAL SECURITY! Mi Utimo Adios is not just a "PRAYER OF FINAL REDEMPTION, IT IS ALSO A SONG OF OUR COUNTRYMEN TO DEFEND AND PROTECT THE SOVEREIGN NATION OF GOD (Read all Line 5's of Paragraph 2,8,9,10 & 13) The Philippines is NOT A MARTYRDOM PLACE of FUJIAN CHINESE who fought for the BLOOD of their FUJIAN ANCESTORS! But the EDEN Philippines is a "RESTING PLACE, A PLACE of LOVE, PEACE, UNITY OF A NATION OF OUR HEAVENLY GOD" who praises no Famous Ancestor's NAME but RATHER the "NAME of the ALMIGHTY GOD!