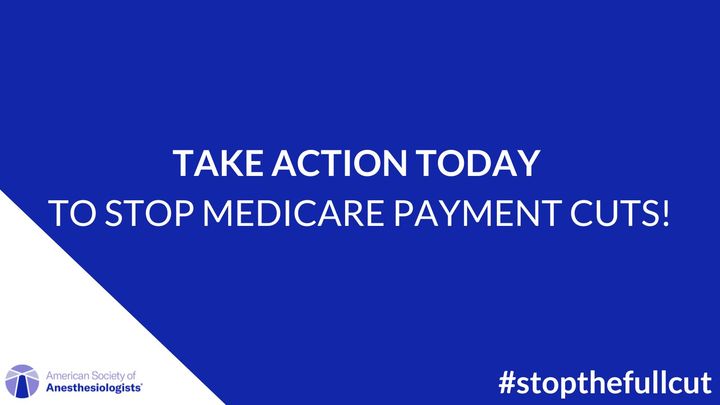 We have joined more than 100 healthcare organizations representing over one million clinicians to mitigate Medicare payment cuts. Join the effort to by contacting your lawmaker today: https://asahq.quorum.us/campaign/43620/

Physicians and other clinicians can now view their 2021 Quality Payment Program performance data in a month-long Preview Period that ends on December 20, 2022. Learn more: https://www.asahq.org/advocacy-and-asapac/fda-and-washington-alerts/washington-alerts/2022/12/2021-quality-payment-program-performance-information-preview-now-available

ASA recently shared feedback with the Centers for Medicare and Medicaid Services about ways to best address factors impacting the wellbeing of anesthesiologists as well as how to advance health equity. Learn more: https://www.asahq.org/advocacy-and-asapac/fda-and-washington-alerts/washington-alerts/2022/11/asa-shares-feedback-with-cms-to-support-member-well-being-and-advance-health-equity 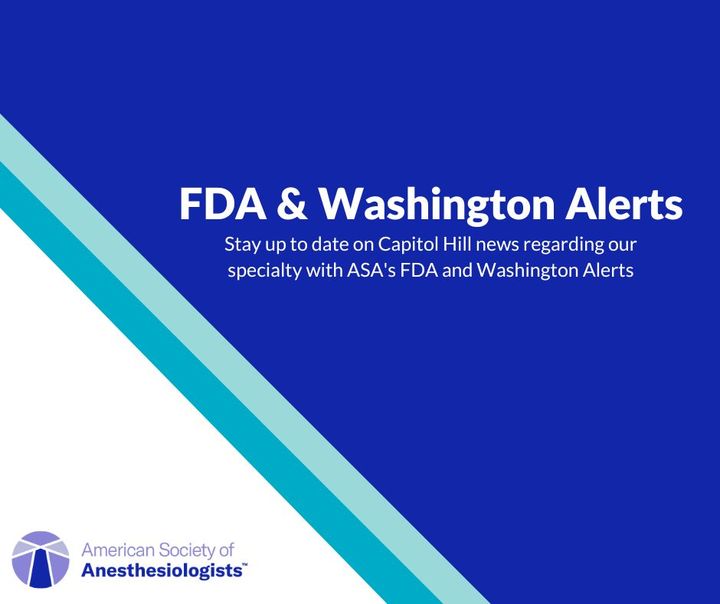 Over a decade of ASA advocacy helped shape the latest revisions to USP Chapter that will enable more efficient workflows for anesthesiologists and other qualified anesthesia professionals, ensure patient safety, and raise the quality of patient care: https://www.asahq.org/advocacy-and-asapac/fda-and-washington-alerts/washington-alerts/2022/11/after-years-of-asa-advocacy-usp-chapter-797-revisions-support-anesthesia-workflows-and-patient-safety

Thanks to our Safe VA Care ambassadors from the Louisiana Society of Anesthesiologists for engaging members at ANESTHESIOLOGY 2022 on the importance of physician-led anesthesia care! Submit a comment today: https://www.safevacare.org It’s not too late to check out the Advocacy Booth in the Exhibit Hall at . Stop by now to complete your advocacy checklist by submitting a comment about Safe VA Care and downloading the new advocacy app!

America’s Veterans’ need you! Stop by the Advocacy Booth at ANESTHESIOLOGY 2022 and submit a comment about Safe VA Care. Tell VA why Veterans need physician anesthesiologists!

ANESTHESIOLOGY 2022 is officially underway! Check out the Advocacy Booth where you can complete your advocacy checklist by submitting a comment about Safe VA Care, downloading the new advocacy app, and more! 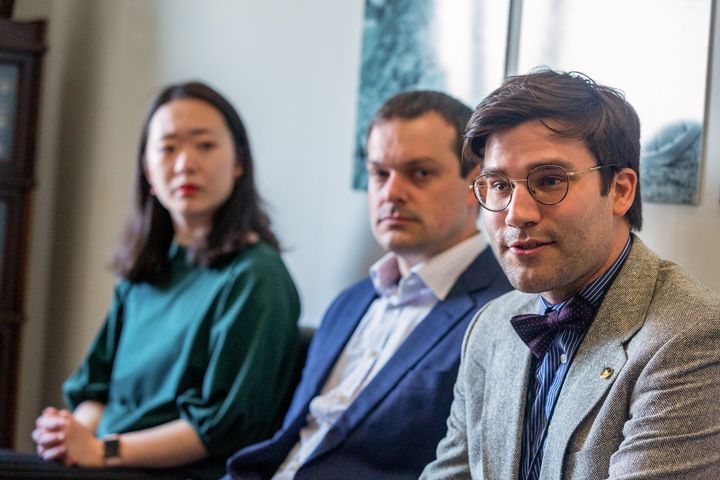 The Advocacy Booth at ANESTHESIOLOGY 2022 is your one-stop shop for all things advocacy! Stop by to learn more about how you can advance the specialty by joining ASA Team 535, signing up for the ASA Grassroots Network, and submitting a comment about Safe VA Care: https://www.asahq.org/advocacy-and-asapac/advocacy-tools

🚨Attention Residents! Applications will open in December for the Anesthesiology Policy Research Rotation in Political Affairs, also known as the Resident Scholar program! Check out the Advocacy Booth at ANESTHESIOLOGY 2022 to learn more about the rotation: https://www.asahq.org/residentscholar

We are less than two weeks away from ANESTHESIOLOGY 2022! Be sure to stop by the Advocacy Booth in the Exhibit Hall in the ASA Resource Center to learn more about the various ways you can safeguard the profession and patient safety: https://anes2022.mapyourshow.com/8_0/exhibitor/exhibitor-details.cfm?exhid=1264 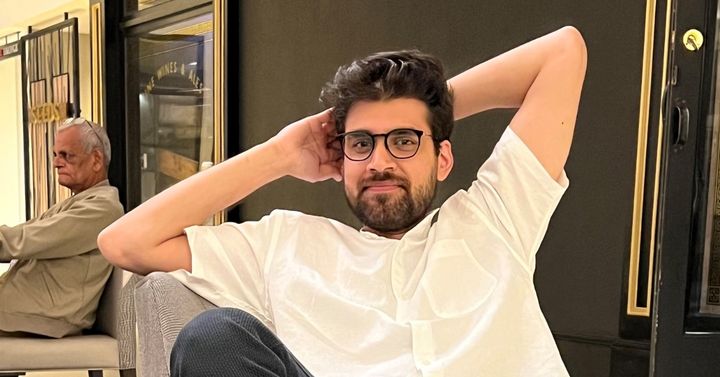 Follow along this Thursday as September Resident Scholar Dr. Dev Vyas takes over the ASA Instagram account to showcase his work advocating for the specialty! http://ow.ly/6vrS50KRFgU

ASA opposes dangerous, anti-physician legislation to expand federal scope of practice and will continue to work with Congress and CMS to preserve safe, high-quality, physician-led anesthesia care for patients: https://www.asahq.org/advocacy-and-asapac/fda-and-washington-alerts/washington-alerts/2022/09/nursing-community-unleashes-aggressive-anti-physician-scope-of-practice-expansion-bill ASA is excited to kick off the 2022-2023 cycle of the Anesthesiology Policy Research Rotation in Political Affairs! Dr. Dev Vyas, our September Resident Scholar from Tulane University, will spend the month in Washington, DC advocating for the specialty!

Does advocacy include partying in Vegas? Read what Dr. Randall Yale says about it as he recaps his recent experience as the June 2022 ASA Resident Scholar (members only): https://www.asahq.org/advocacy-and-asapac/advocacy-tools/policy-research-rotation/resident-scholar-articles/randall-yale-md

ASA recently sent a formal communication to health insurance provider Anthem in support of their recent policy change on the coverage of monitored anesthesia services in conjunction with interventional pain procedures. ASA believes patients should have a streamlined, low-burden prior authorization process that does not delay patient care or access. Learn more: https://www.asahq.org/advocacy-and-asapac/fda-and-washington-alerts/washington-alerts/2022/08/asa-supports-anthems-policy-change-on-coverage-of-monitored-anesthesia-services-in-conjunction-with-interventional-pain-procedures

The Centers for Medicare & Medicaid Services (CMS) has released Merit-based Incentive Payment System (MIPS) performance feedback and final scores for PY 2021. Find out how to view your MIPS performance feedback or how to request a targeted review: https://www.asahq.org/advocacy-and-asapac/fda-and-washington-alerts/washington-alerts/2022/08/cms-releases-2021-mips-performance-scores-instructions-on-appealing

A new study found that Qualified Payment Amounts (QPA) likely include rates from primary care provider contracts. This raises significant concerns about the accuracy of insurer calculated QPAs and may violate the No Surprises Act. Learn more: https://bit.ly/3c7WBOV

ASA is saddened to hear about the tragic loss of Rep. Jackie Walorski and staff members, Emma Thomson & Zachery Potts. Our deepest sympathies go out to their loved ones and Indiana’s 2nd District.

The House recently passed the Medical Ma*****na and Cannabidiol Research Expansion Act, legislation that would encourage research on ma*****na and its potential benefits. ASA applauds Representative Earl Blumenauer (D-OR-3) and Representative Andy Harris (R-MD-1) for their leadership on this initiative: https://bit.ly/3QaDUJf 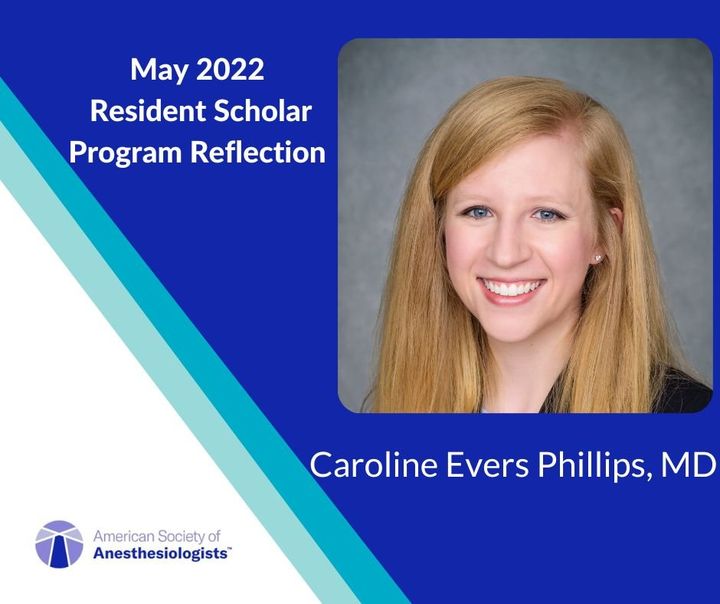 Check out what our April Resident Scholar, Derek Stout, MD, had to say about his month participating in ASA's Anesthesiology Policy Research Rotation in Political Affairs! (Members Only): https://www.asahq.org/advocacy-and-asapac/advocacy-tools/policy-research-rotation/resident-scholar-articles/derek-stout-md

Last week, the U.S. Department of Health and Human Services approved Colorado's request to create a state-specific public option health coverage plan. While ASA supports efforts to increase access to healthcare, we urge CMS and Congress to address the Medicare system’s historic undervaluation of anesthesia services and align payment with those provided by other physicians relative to commercial market rates. Read more: https://www.asahq.org/advocacy-and-asapac/fda-and-washington-alerts/washington-alerts/2022/06/hhs-approves-colorados-public-option-waiver

Last week, the American Society of Anesthesiologists provided formal recommendations to the Food and Drug Administration on safely disposing opioid analgesics in the outpatient setting. ASA commends the exploration of strategies to reduce the number of unused opioids in patients’ homes. Read more: https://www.asahq.org/advocacy-and-asapac/fda-and-washington-alerts/washington-alerts/2022/06/asa-provides-feedback-to-fda-on-opioid-mail-back-proposal

ASA is pleased to welcome June Resident Scholar, Dr. Randall Yale! Dr. Yale is a CA-3 at the Medical College of Wisconsin and will spend the month advocating for the specialty and patient safety!

The American Society of Anesthesiologists (ASA) Grassroots Network page shares and encourages engagement on grassroots activity on behalf of the medical specialty of anesthesiology and keeps its members informed on important legislative and regulatory issues. The ASA Grassroots Network hopes to encourage an insightful community and positive dialogue on advocacy issues impacting the practice of anesthesiology. ASA reserves the right to remove objectionable messages from the page and wall at its discretion, including but not limited to, posts that contain unlawful content, profanity, libel, or obscene, defamatory, threatening and hateful language or third party advertising or spam. Comments must comply with Facebook’s terms of use. After multiple offenses, users may be removed from the page. The views and opinions expressed on the ASA Grassroots Network page do not necessarily represent those of ASA. ASA shall not be responsible for the accuracy or reliability of information posted by external parties. Please message [email protected] with any questions or concerns, and join the ASA Grassroots Network at http://www.asahq.org/grassroots.

Be the first to know and let us send you an email when ASA Grassroots Network posts news and promotions. Your email address will not be used for any other purpose, and you can unsubscribe at any time.

The ASA Grassroots Network has reached 20,000 members! Thank you for protecting patient safety and ensuring policymakers are knowledgeable about the impact policy has on the delivery of anesthesia care. To learn more and join the grassroots network, visit asahq.org/grassroots

"We were advocating for several issues.

1. A priority for our nation’s medical trainees is the Resident Education Deferred Interest Act. This act needs to be passed to allow interest-free deferral of student loans during residency training.
2. The No Surprises Act requires Congressional oversight as it’s led to a biased system that favors insurance companies.
3. Medicare payment for physician services is broken. Anesthesia services are reimbursed $.30 to the dollar of commercial services whereas other physician services are reimbursed $.80 to the dollar.
4. Safe physician-led healthcare for our nation’s veterans is a priority the veterans deserve.

We're glad, too. This is what advocacy looks like!

ASA Grassroots Network
It is clear that CMS and its office bearers seem to have little idea what surgical care is all about. One mistake or lack of timely intervention and the patient could be dead. There is a reason a why specialist anesthesiologist physician whose training spans over close to 12 to 15 years and costs close to a million dollars is delegated with the primary responsibility of surgical care of patients. The nurse is trained to work under the supervision of an anesthesiologist who evaluates a patient, understands the associated anesthetic and surgical risk and above all proposes a plan that either he/she or one of his or her designee executes . Remember 100% of the rescues in the operating rooms are performed by physician anesthesiologist in united states. And 100% of the sickest patients undergoing high risk procedures are performed by Physician anesthesiologists. They catch the problems before, during and after surgery. Todays patients coming to ASE are sicker, older, have multiple co-morbid conditions that only a seasoned physician anesthesiologist can evaluate and treat. Almost 100% of the medicare patients that CMS is responsible for will be placed in great peril, and by the time data becomes available a number of patients would have suffered serious damage or death due to this policy change. And frankly, I can't understand one setting where, why sickest of the sick should not get the benefit of a Physician Anesthesiologist. It clearly appears to be about money or a clear attempt to discriminate against the under privileged patients who are frail, sicker and poor and live in rural or underserved areas. This does little to improve access, however, it surely creates a double standard, a double whammy, because with this ruling and similar rulings in the past sicker, poorer, rural and above all medicare beneficiaries ( over 67 years, the sickest population) now will be offered cheap and substandard care.
As a physician anesthesiologist, I am deeply concerned that in the Medicare Physician Fee Schedule proposed rule, CMS is proposing to allow nurse anesthetists to perform the preoperative assessment of anesthetic risk and presurgical evaluation in an ASC setting. This is a deeply troubling proposal that will have a negative impact on patient safety.

I oppose this proposed change because it would jeopardize the safety of patients. Physicians have the medical background necessary to assess the patient’s underlying condition in an objective, evidence-based and patient-centric way. As a physician anesthesiologist, I have the necessary knowledge and skills to assess the patient with respect to anesthetic risk, and also to assess whether each patient’s preoperative management has been optimized prior to undergoing surgery. Nurse anesthetists do not have the same clinical background or depth of training in clinical issues. Nurse anesthetist training is limited to anesthesia care delivery, not risk assessment, diagnosis or medical decision making outside the scope of an anesthetic.

Thank you,
Dr. Govind Rajan M.B.,B.S., FAACD, FASA
Last week, the U.S. House of Representatives passed H.R. 6, the SUPPORT for Patients and Communities Act, legislation to address the opioid crisis, which includes provisions supported by ASA, ASA Grassroots Network, to advance opioid reducing initiatives in the surgical setting. http://ht.ly/X38Y30m3kY1
'Much of the buzz had to with the repeal of the Sustainable Growth Rate (SGR) Medicare payment formula' and proposed changes to the VHA Nursing Handbook.

April 30 is the last day physicians can register for the controversial maintenance of certification. In the meantime, Over 15000 physicians have signed a cardiologist-led petition protesting the new requirements.
ANTI MOC petition causes ABIM concerns see and sign at:
http://www.petitionbuzz.com/petitions/recallmoc
Because the ABIM has forced the recertification ONTO ALL 24 medical specialties and against the will of physicians, it is important to sign on to this petition. For more information see:http://paulmdphd.blogspot.com/
Dr Wes exposes the income rip-off of boards:
When We Reward Regulators More Than Doctors
See: http://drwes.blogspot.com/
Here is a chart Wes made of the top 10 board members' annual income compared to the same subspecialty physician salaries in 2011 as reported by Medscape: