This is the official page of Houston's largest airport, George Bush Intercontinental (IAH).

DEADLINE TODAY, APRIL 11 ⏰ Call for artists from across the Americas 🌎 We are looking for artists 🧑‍🎨 or artist teams to design, fabricate and install five major permanent works of public art for the new International Terminal.

Qualifications must be submitted by April 11, 2022 on HoustonArtsAlliance.com.

For more information on each of the art commissions, check out @houstonartsalliance

We join the world to promote awareness and encourage travelers with Autism Spectrum Disorder and their families to reach their full potential by celebrating the magic of flight.

This is my Monday face 💪

The queen of the skies was here! 👑

A throwback view from above 🤩 #tbt

Art brings hearts together ❤️ Fariba Abedin's artwork concept is peace and love. In this new episode of #HoustonAirportsArt, she talks about the painting process of this fantastic geometric piece.

Call for artists from across the Americas 🌎! We are looking for artists 🧑‍🎨 or artist teams to design, fabricate and install five major permanent works of public art for the new International Terminal.

⛈ Please check with your airline for flight status or visit our website fly2houston.com ✈️ Delays are possible due to the weather in our area. Drive safe and be cautious of road conditions on your way to the airport.

🚗 Do not park at the curbside to wait for your passenger. Idle vehicles create congestion at the curbside and traffic backup. Follow road signs and pay attention to our staff directing traffic. They are there for everyone’s safety.

Picking up family or friends? Wait for them in one of our free and convenient cellphone lots. 🚘

Don’t crowd the curbs! Follow road signs and pay attention to our staff directing traffic. They are there for everyone’s safety.

PLAN AHEAD and reserve parking online! It’s the easiest way to guarantee a parking spot at the Terminal Garages or ecopark locations 👍

PARKING UPDATE 🚘 Terminal garages are at capacity and open only to online reservations. If you are driving to the airport, please use one of our ecopark locations at JFK Blvd. or Will Clayton Parkway.

Spring Break is here! 😎 We encourage you to follow these helpful tips to ease your travel experience 👍

Do you know what time it is? It's Keen 🐶 time! Look for our #IAHTherapyDogs until 11am 🐾

Picking up loved ones? Wait for them in one of our free and convenient cellphone lots! 😀

Reminder 🚧 Due to ongoing construction 🚧 departing passengers and people dropping off travelers should expect roadway delays. Please build in an extra hour to your arrival time so you can comfortably get to your gate on time.

Don’t get stuck driving around the airport before your passenger has reached the pickup curbside. Our cellphone lots are designed to keep vehicles out of the roadways and reduce congestion. 🚘

Taking your four-legged friend to the beach? 🐶 Make sure to stop by one of our service animal relief areas for a much-needed break. 🐾 #SpringBreakTips

Don't forget to reserve online! We expect garages and lots to sporadically reach capacity during this #SpringBreak travel season 🚘

Be the first to know and let us send you an email when George Bush Intercontinental Airport posts news and promotions. Your email address will not be used for any other purpose, and you can unsubscribe at any time. 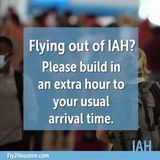 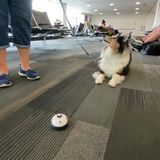 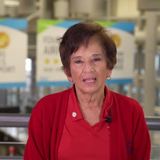