Today the Royal Saint Lucia Police Band wishes to congratulate the following members on thirty one (31) years of dedicated and loyal service to the department, people and country of Saint Lucia and the RSLPF. Congratulations to Sgt. 97 Francis Delice, Cpl. 98 Glennis Joseph, PC 269 Anthonius Henry and WPC 112 Glenda Rodriguez. Graduating Class of 1991!!!

Persons who are wishing to drop off their band applications this week will need to do so next week Monday 26th September during the hours of 8:00a.m and 4:30pm this is to facilitate minor renovations and tests being done on the place. We do apologize for any inconveniences this may cause and look forward to seeing you guys next week.

! WE ARE READY FOR NEW MEMBERS!

Ask for soft copy of application in chat

"I declare before you all that my whole life, whether it be long or short, shall be devoted to your service." - Queen Elizabeth

Long it was, rest well.

🥳🥳HAPPY BIRTHDAY🥳🥳 TO OUR ASSISTANT SUPERINTENDENT

📢may you have many more years ahead of you!!!

RISE SAINT LUCIA takes a crime prevention program to schools. The initiative is driven by the soca artist Jonathan "NinjaDan" St.rose , with a message of conflict resolution. We have joined hands as music plays a vital part in molding the youth of the nation and as such we are honored to be playing our part for the development of our country.

To Saint Lucia's King Of The Bands

To Saint Lucia's Queen Of The Bands

Yesterday we said goodbye to one of our brothers.

Your service to your country will never be forgotten

The Royal St. Lucia Police Band was formed in June of 1947, by the Government of Saint Lucia. The Government secured the expertise of the Late Barbadian Bandmaster, Nathaniel Joseph Griffith, along with Six vibrant young Saint Lucian men within the ages of 12 to 14 years, right out of primary school. They also selected a small compliment of regular Policemen who were musically inclined and expressed interest. The “Band Boys” as they were baptized, soon became a household name throughout the length and breath of our sweet Helen. Now re-baptized “Bandsmen and Bands women”.

June 18, 1947, to June 18, 2022, marks 75 years of sound musical existence. We are all tuned-up, ready and proud to be celebrating our Diamond Jubilee on Saturday June 18, 2022. It is indeed befitting that we have a yearlong programme of activities in celebration of our milestone. We have created a very royal and nostalgic calendar of activities with you in mind, our very loyal fanatics and supporters. The Royal Saint Lucia Police Band, pays homage to our founding fathers, all in the land of the living, and posthumously, to those in the great beyond. Also, to all who have been trained, groomed, schooled, and passed through the walls of this Noble institution.

Bandmaster, Nathaniel Joseph Griffith served for a number of years and was succeeded by the late Bandmaster Randolph Beckles, also of Barbadian nationality, who also served for a number of years. During these formative years of the band, it built a cadre of musicians that would become the creators of the country’s formal, cultural musical foundation.

The Band’s Founding Fathers are: Lennox Niles, Cecil John, Carlos Mynns, Rudolph Charles, Eric Gittens, Nathaniel Jemmott, Olney Preville, Clement Springer, Talton John, Stephen Worrel, Kirby John Squires, Stephen Gaynia, Spooner, Beckles and Griffith. The musical tutoring and schooling of the bandmasters took effect and manifest in a well rounded group of young musicians. To borrow a line from the then band master Griffith “ to be the best band in the world, is to be the best trained band “.

Best trained indeed, that bandsman Carlos Mynns was selected to pursue training at the prestigious institution Kneller Hall in the United Kingdom. Upon his return from his studies, he took over the leadership and directorship of the Police Band by becoming the first Saint Lucian national to lead this noble institution.
The band that you know and have come to enjoy on every national parade, formal events, cultural shows etc., was re-shaped by this musical genius’ ideology. From the arrangement of our National Anthem, to a number of musical arrangements played on the independence parade and on other traditional and cultural engagements, are the arrangements of this great bandmaster, Superintendent Carlos Mynns. He's style and preferred choice of notes remains a staple over the years in the band’s musical arrangements.
Carlos Mynns led, trained and served for a number of years with distinction, until 1990 when he transited to the heavenly orchestra in the great beyond, where he continues to create his music.
Assistant Superintendent Gerard Emmanuel took up the reigns of leadership of the band, after the passing of Carlos Mynns. He held the position for one year.

In 1991, Superintendent Rudolph Charles was recalled from retirement, to lead the Royal Saint Lucia Band. As Director of Music, he brought much experience to the band, being one of the founding members. Under his stewardship, the band saw the inclusion of females into the rank and file which was predominantly male. That historic inclusion brought a new face and vision, and broke gender barriers to the spectacle that you see and enjoy on every given occasion.

Superintendent David Myers took over the reigns of leadership from Mr Rudolph Charles in 1994, upon his return from his studies at Kneller Hall in the United Kingdom. The instrumentation of this regimental and professional musical institution was then augmented to include vocal renditions, which was very interesting considering, that the arrangements played by the band was principally instrumentals. That again introduced a new addition to this evolving musical institution. It was indeed welcomed by all within the country.

The inevitable and proud accession to the leadership and directorship of the band from within its own ranks, remains an achievement worthy of mention.
The tradition and discipline of this national musical treasure, continued with Superintendent Gregory Piper taking over the leadership in 2005 from Mr. David Myers. Mr. Gregory Piper served as director until 2011. He was succeeded by Assistant Superintendent David Pierre who led and maintained the musical discipline until 2012 when Superintendent Timothy Mondesir took over the directorship.

Within its lifespan, the band have proudly represented the nation at many regional national events; Independence parades, military tattoos and musical festivals to name a few. The band welcomed its first international travel and performance taking part in a musical festival in Taiwan in the year 2018 under the directorship of Timothy Mondesir. In October of 2019, the band travelled to Barbados to take part in a military tattoo, involving many other military bands. The very famous YouTube viral video of the performance of the Royal Saint Lucia Police Band in a Tattoo in Barbados is one that will also remain in the hearts of all Saint Lucians and music lovers.

As the entire globe was forced to treat with the effects of the Covid19 pandemic, Saint Lucia being no exception. In particular, it saw the closure of the Police Band due to the protocols instituted. Band personnel were detached to various Police departments to augment the numbers in dealing with these protocols.
Invariably, that was the longest period the band have ever been detached and not functioning as a unit. Save for vacation leave.

Fast forward to 2022, the Band is under the capable command and directorship of Superintendent of Police Deland St Jules. Mr St. Jules is task with leading us into our Diamond Jubilee of 75 years of existence. As opposed to the very small contingent of foundational members in 1947 he is charged with leading and conducting a membership of 45 in 2022 and beyond.
The duty of band members was made easy by the fact that, historically the band have created and have been part of everything building the national pride of this nation. The playing at school events, community events, religious and national events have become the modus operandi of this national musical treasure. As we continue our nation building, we vow to continue partnering with all agencies that is of the same ethos and notation.

Written By:
Sergeant 69 Martin A James

Be the first to know and let us send you an email when Royal Saint Lucia Police Band posts news and promotions. Your email address will not be used for any other purpose, and you can unsubscribe at any time.

Alittle throwback for you Conductor: Mr Gregory Piper Comment below who you recognize ❤️ 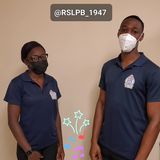 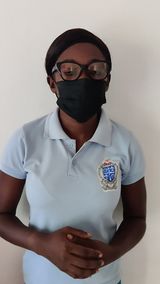 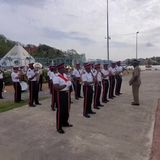 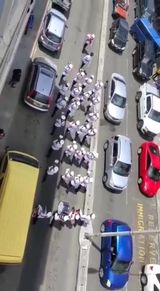 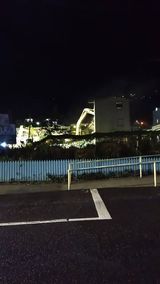 Christians Awake and Hark the Herald

Christians Awake and Hark the Herald.......a few christmas videos from our archives. 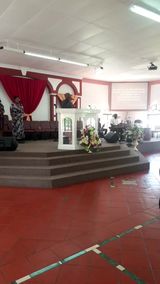 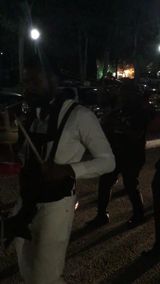 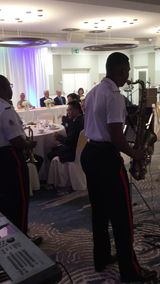 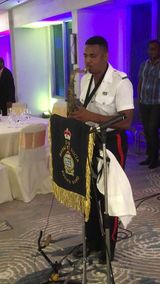 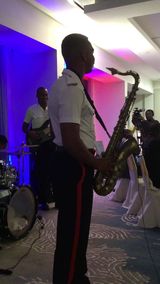 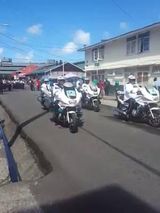 Other Government Organizations in Castries

I came across these photos in my archives from 2010. Best wishes to all in the band.
https://www.youtube.com/watch?v=2hYGCxJwPqI
Here are some photos from the archives, taken in 2010, with Curtis Sealy and Haynes Cyril.
A little musical performance (in isolation) for you.
Band display looking good on NTN
This is about my EX boyfriend Andrew Yardie Haynes co-host of radio talk show Zafe Nous with jahiem and yardie. He speaks like he is a good man and a man of the people but he is not, sad to say i only found out, he gave his ex's hell only now. This man have been harassing and threatening my family because i left him and did not want to have his child and had a abortion only because he was very disrespectful and verbally abusive to me. I am 19 years old and this man was my biggest mistake i have made in my life. He took my phone and have been calling and texting everyone lying and making stories up about me. It reached to the point where he is threatening my family and saying he'll not let that go so easy and how he's going to burn our house and kill us. I left him four months ago and still he threatens me and my family. He even said he will make his boys hurt me and my family and he is not going to stop looking for me. My family is now terrified when they are out on the streets, I have gone to the Gros Islet Police Station several times to make reports and they keep telling me they cant do anything .I am tired, i am scared for my life.The police isn't helping me i really need some assistance I have heard stories about his exes and i don't want to die, i really will appreciate it if i can get some help for him to leave me and my family alone,he has even threatened my little brother which is just 13 years old i need this to STOP. I have got some screenshots of the threats.I have proof of everything he said to me and my family and more. here is just some of it. Please share these to stop this wicked men out there
x

Other Government Organizations in Castries (show all)