Findlay Airport is a general aviation airport located in the southwest corner of Findlay, Ohio. Two runways are available to accommodate aircraft.

It's never too chilly for some Burgers and Rotor Blades

Proud to host the Findlay Police Department so they could get some training in.
Thank a LEO today.

Today KFDY welcomed the the Guard as they flew their brand new Black Hawk air ambulance to its new home up in Alaska.

Always a good day when OH weather allows for some Aerial Surveying, Thanks for basing out of KFDY this last week Sol Aerial Surveys

Have you ever wondered how to fight wild fires in the Appalachian Mountains?

Air Tractors like this are outfitted with fire fighting equipment and stop in FDY every season while traveling from the western states to go where our traditional heroes in red can not.

Another day, another King Air on its way through Midwest

Our deepest sympathies are with the friends and families of the two pilots involved in the fatal aircraft accident late last night. Findlay is truly blessed with some tremendous pilots and a generous community. Today, local pilots from the area met at the airport to load up donated relief supplies before heading down to Kentucky to help those affected by the devastating weather.

Come on out to the Findlay Airport for a picture with Santa. Free cookies and Hot coco will be provided.

Come on out to the Findlay Airport at 5:00 on December 13th to take a picture with Santa and real Life Vintage Airplane while enjoying some sweet treats. Don't forget to Bring your cellphones or cameras!

Happy Veterans Day! We salute our veterans on this day and give them our respect and honor, just as we do every day. Thank you to all who have served and continue to do so. 📸 Nick Moore

This morning, Findlay had some Pennsylvania based pilots brave the chilly  weather in their beautiful, open cockpit Great Lakes Sport Trainer.

Tac Ag from Marion, Ohio stopped by for the day to help spread Rye on Hancock County Farmer's fields.

Did you know, planting cover crops in the Fall helps prevent runoff and protects our Great Lake.

Our thoughts and prayers go out to the farmers involved in the combine fire at the airport today.

Huge thanks to Findlay's first responders

If you have a student age 14-20 years old that would like to participate in the program below, please reach out to the contact shown!

Here's a visual recap of yesterday's event at Findlay Airport. Thanks to our friends at Yankee Air Museum & Goodfolk & O'Tymes Biplane Rides for bringing your pieces of living history to share with the community!

📸:Special thanks to a friend of the airport, Dave Morrow, for capturing the day!

The B-17 “Yankee Lady” is heading back to her home at the Yankee Air Museum. Thanks to all who made it out to the Findlay Airport today. We enjoyed having you!

Goodfolk & O'Tymes Biplane Rides is here and ready for you!

NOTICE: The Findlay Airport FUEL OFFICE will be CLOSED in observance of the Labor Day holiday, Monday, September 6th, 2021. If service is required during a planned closure, please call the fuel office to make arrangements ahead of your arrival. Call-out fees are charged to those requesting services on holidays and during hours outside of our normal business hours.

We are 3 days away from the B-17 Flying Fortress "Yankee Lady" & Biplane Rides at Findlay Airport event, Sunday, September 5th!

Our non-profit volunteer parking group is BGSU Falcon Flight Team from BGSU Aviation. Please stop by their booth on your way into the event to learn more about their organization!

Reminder: All attendees are asked to follow the light boards to the designated grass parking area across from the airport. On site (1615 Gray St.) handicap parking will be accommodated on a first-come-first-serve basis. Please have your handicap card visible so you can be directed accordingly.

We look forward to having you out to the Findlay Airport!

We hope you can join us for the B-17 Flying Fortress "Yankee Lady" & Biplane Rides at Findlay Airport event this next Sunday (9/5). We are excited to have Kona Ice Findlay and AJ's Smokin' BBQ join us as food vendors for the event.

EAA Chapter 636 will be offering a pancake and sausage breakfast from 8 AM to 11 AM in Hangar A-1. Attendees arriving early for the breakfast are required to park in the designated grass parking area across from the Findlay Airport, adjacent to the two large white silos (follow light board signs).

We look forward to having you at the Findlay Airport, Sunday, September 5th!

We are excited to welcome back Goodfolk & O'Tymes Biplane Rides. Rides can be purchased at the event. Please visit their website below for more details.

The Yankee Air Museum B-17 “Yankee Lady” ride and tour event is 19 days away! See the event page below for more details.

Dragons and crabs and astronauts, oh my!

We had a ton of fun working with Flag City BalloonFest ballooners this morning (8/15). Could not have asked for better weather!

A beautiful ending to an otherwise angry day for Mother Nature. ⛈

If you won’t be able to make the September 5th event and were interested in a biplane ride, Goodfolk & O'Tymes Biplane Rides is just up the road at Wood County Regional Airport in Bowling Green, today and tomorrow.

Biplane rides this weekend. Stop by for more info.

We love our AirVenture customers and always appreciate when they take the time to review our service!

Food vendors will be on site!

EVENT PARKING: Parking for the event will be available at the location shown below on Sunday, September 5th. If you are coming towards the Findlay Airport from the highway onto Lima Avenue, you will make the first right after coming out of the roundabout into the drive that leads you back towards the two white silos. Signage and parking attendants will be on site to assist you to your parking location. Handicap parking will be available adjacent to the event: 1615 Gray St.

**NOTE: This event is an outdoor event and subject to cancellation due to weather and other factors.**

We look forward to having you at the Findlay Airport!

Be the first to know and let us send you an email when Findlay Airport posts news and promotions. Your email address will not be used for any other purpose, and you can unsubscribe at any time.

Send a message to Findlay Airport: 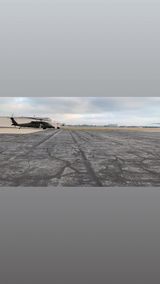 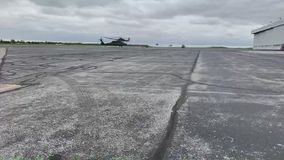 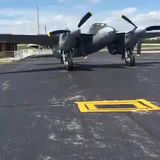 Other Government Organizations in Findlay

Following meetings in Columbus and filing three bills with the House Clerk this afternoon, I enjoyed spending time engaging with cadets of the Ohio State Highway Patrol’s 168th and 169th Academy classes, Wednesday, Jan. 19, 2022, at the Patrol’s Academy in Columbus. The 168th is scheduled to graduate Friday during a ceremony at the Academy, while the 169th continues their journey toward becoming an Ohio State Highway Patrol Trooper. Enjoyed watching the 169th during their self defense training as cadets learned a variety of tactics, techniques and procedures. Then finally, on my way home from the Statehouse I stopped out to see the Patrol's aviation unit in action. They landed at the Findlay Airport to assist the Findlay, Ohio Post with a special detail involving the seizure of appropriately 100 pounds of suspected drugs. Not only is the aviation unit critical to the operations of the Patrol, but it also an asset to support its law enforcement partners across Ohio. From left to right Aviation Trooper Taylor Vogelmeier, Findlay Post Trooper Matt Cook and Aviation Sergeant Mark Woodring. #RideAlongAndLearn
Santa and his vintage 1947 Stinson 108 airplane came to town this evening to visit with kids at the Findlay Airport.
Ok, this is pretty cool... Santa is flying into the Findlay Airport on the 13th!
The City of Findlay- Mayor's Office authorized a modification of the existing city logo for the Findlay Airport that also included their call letters. It's always fun to use a swoosh in a logo that really is integral to the design! Matching the font and repeating the star really make a cohesive image from two different designers.
Encore loves watching for airplanes! So, a trip to Findlay Airport is sure to please!! #kandugroup #kanduencore #findlayohio
Check out our Towbar! The Robotow is a lightweight 28v li-ion Towbar. Used to move single and twin engine aircraft with pin point accuracy. robotow.com for more details. -fly safe
What's with the bigger than normal jet today? Though it was a neat change in traffic
We didn't get the best shots, but here are two photos from our team stationed at the Findlay Airport & Blanchard Valley Hospital Thursday for the F-16 Salute to Heroes Flyover, part of #OperationAmericanResolve 🇺🇸 Still an awesome sight if you were able to step outside to see for yourself. Special thanks to the 180th Fighter Wing for making a pass over our #Hometown, we so appreciate your service & sacrifice. We stand #United in your efforts to honor Ohio's & all of America's #HealthcareWorkers, #FirstResponders, #EssentialWorkers & the men and women of the U.S. Armed Forces! #ProudToBeMPC #InspireTomorrow #InThisTogether Blanchard Valley Health System
Shot from Donnell today